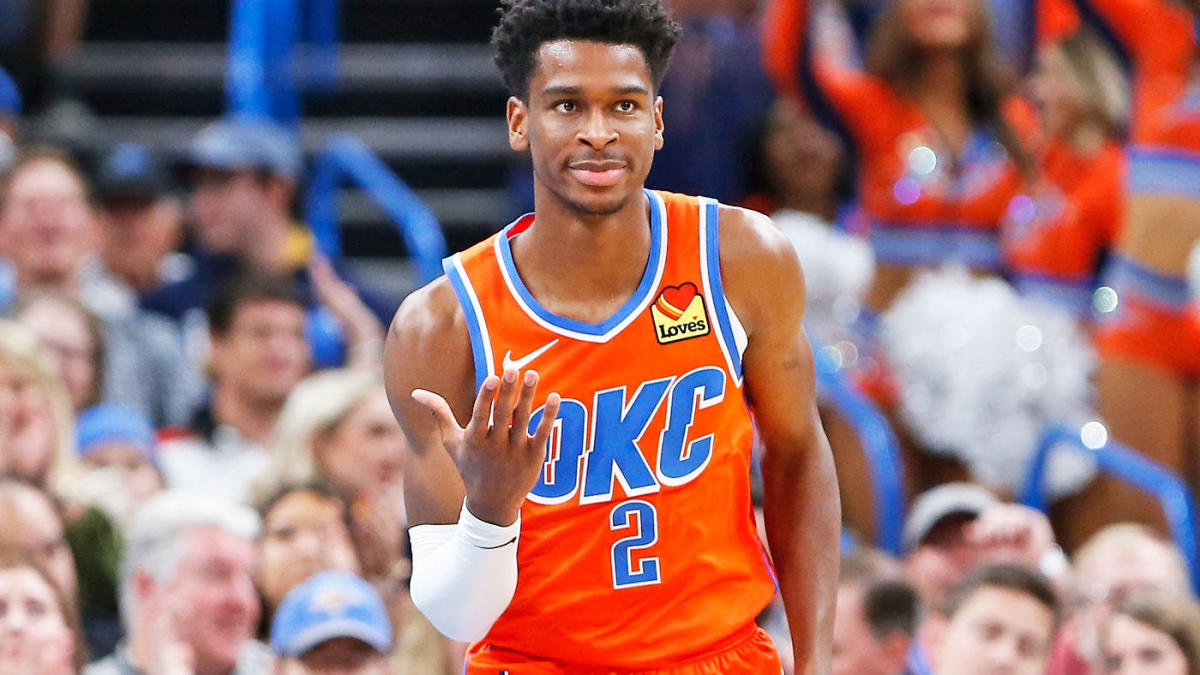 Tonight’s hoops late is a rather small one, so we’ll narrow down the list and break down the best NBA props for Wednesday night.

Let’s dive in on three players who should be hot commodities in the prop betting market, kicking things off by asking — can Shai Gilgeous-Alexander hit his scoring over after sitting out the win over the Celtics?

And for our second and third plays, we pick two Western Conference guards that have been outplaying their season averages as of late and are in good spots tonight.

You can get the full card for just $9.

Tonight’s Oklahoma City Thunder-Utah Jazz game will determine the sole possession of the fourth-overall seed in the West. The Thunder have been one of the biggest surprises of the season, and with the Utah Jazz sliding in their last 10, a player like Shai Gilgeous-Alexander coming off rest is enticing.

Gilgeous-Alexander has scored 18 or more in two of his last three games, and five of his last seven. He’s made his mark in the offense as he’s attempted at least 10 shots in all but one game this season for OKC. At home, he’s averaging 20.4 points, and he sticks it to Western Conference Opponents to the tune of 18.6 PPG.

The Jazz dropped a home game to the Raptors in their last effort, allowing three different players to score 21 or more points (Lowry, Siakam, Ibaka). They’re a solid defensive unit, but a rested Gilgeous-Alexander will have plenty of opportunities.

He’s met the Jazz twice in his career and averages 23 points with an impressive 2.5 made three-pointers per game.

Back Gilgeous-Alexander to get buckets tonight off four days of rest.

Our next NBA prop for Wednesday is one we’re looking to cash by halftime.

Gary Harris has seriously underachieved this season, but he’s hit his stride of late.

The Nuggets travel to Dallas tonight for Harris’ third meeting of the season against the Mavericks. They allowed seven different Spurs to score double-digits last night, and three of them were guards (Belinelli, Mills, White). The Nuggets are capable of similar success as they have six players averaging double-figures on the season.

Harris is heating up, hitting double-digit points in four of his last five while averaging 14.

In two games versus Dallas this season he’s averaging 12.5 points per game – his seventh-highest output versus one opponent.

Harris averaged 33 minutes and 16 points per game in his last two road games during this five-game stretch of scoring. Off one day of rest, he scores 10.8 points per game and 10.7 versus Western Conference opponents, and you can expect him to get the offense going early if all defensive eyes are set on Nikola Jokic.

D’Aaron Fox has been on fire, and tonight his Kings host a huge game in the chase for the No. 8 seed in the West versus the New Orleans Pelicans.

Fox has posted impressive numbers since the All-Star break but has done it all over his last five games. He’s hit the over in PRA in four of the last five games, falling short in a double-double performance in Portland.

Fox and the Kings are playing arguably the best basketball of the season, and their opponent is too. This could be a high-scoring affair, as the Pelicans are known to score and allow plenty of points. They rank third in PPG with 118.7 and over the last 10 and are 24th in points allowed in that same stretch.

The Kings are leaning on Fox heavily, and his usage rate is up to 30.50% over his last five games. The Pelicans rank second in pace factor (106.4) on the season, and Fox loves to push the pace and make plays in transition.

Back Fox in a home game with extra motivation to come out with a win. He’s been automatic at home, and this one should be no different.