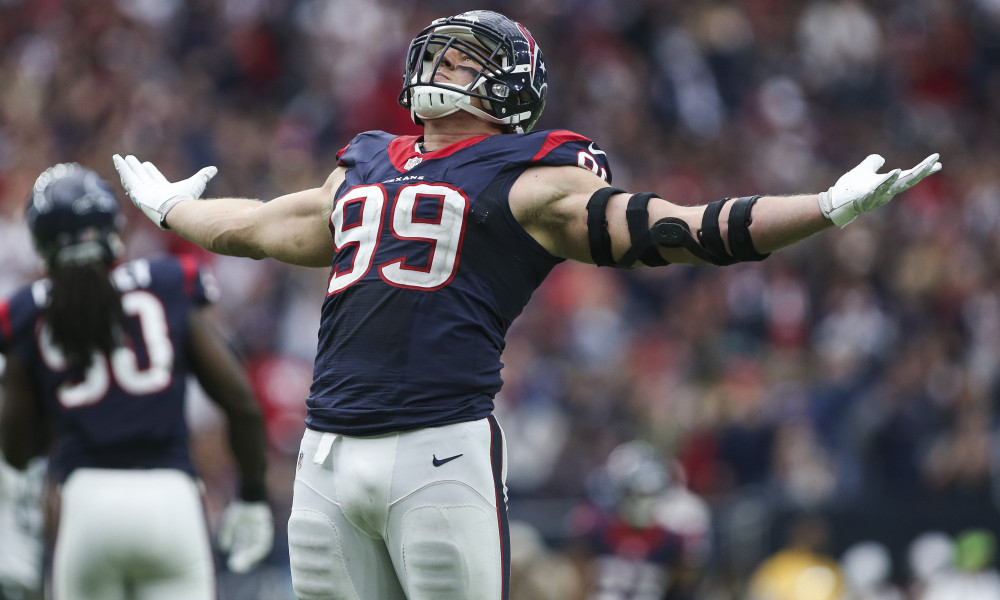 According to odds released, Houston Texans superstar J.J. Watt is the slim favorite to win the NFL Defensive Player of the Year Award (DPOY).

If he can pull it off, he would set a new record with a fourth DPOY award. Watt and Lawrence Taylor are currently tied with three wins, the most by any  player since the award was first handed out by the Associated Press in 1971.

Here’s the full list of betting contenders being offered:

Looking at the trend over the past decade or so, it’s apparent that the AP voters value one trait more than any other when it comes to the DPOY — the ability to get to the quarterback.

Six of the past seven winners have been either defensive ends, outside linebackers who rush the passer, or defensive tackles who get to the QB.

Donald became the first DT since the turn of the century to win the award, and he needed 11 sacks to get there. DE Calais Campbell (14.5 sacks) was second in voting, while DE Chandler Jones (17) was third.

Mack had 11 in his DPOY year, and Watt totaled an astounding 58.5 sacks over his three DPOY seasons, an average of 19.5 per season.

Whoever wins the 2018 DPOY award will likely rack up a double-digit sacks as well.

We also broke down two of the top contenders for NFL Coach of the Year.