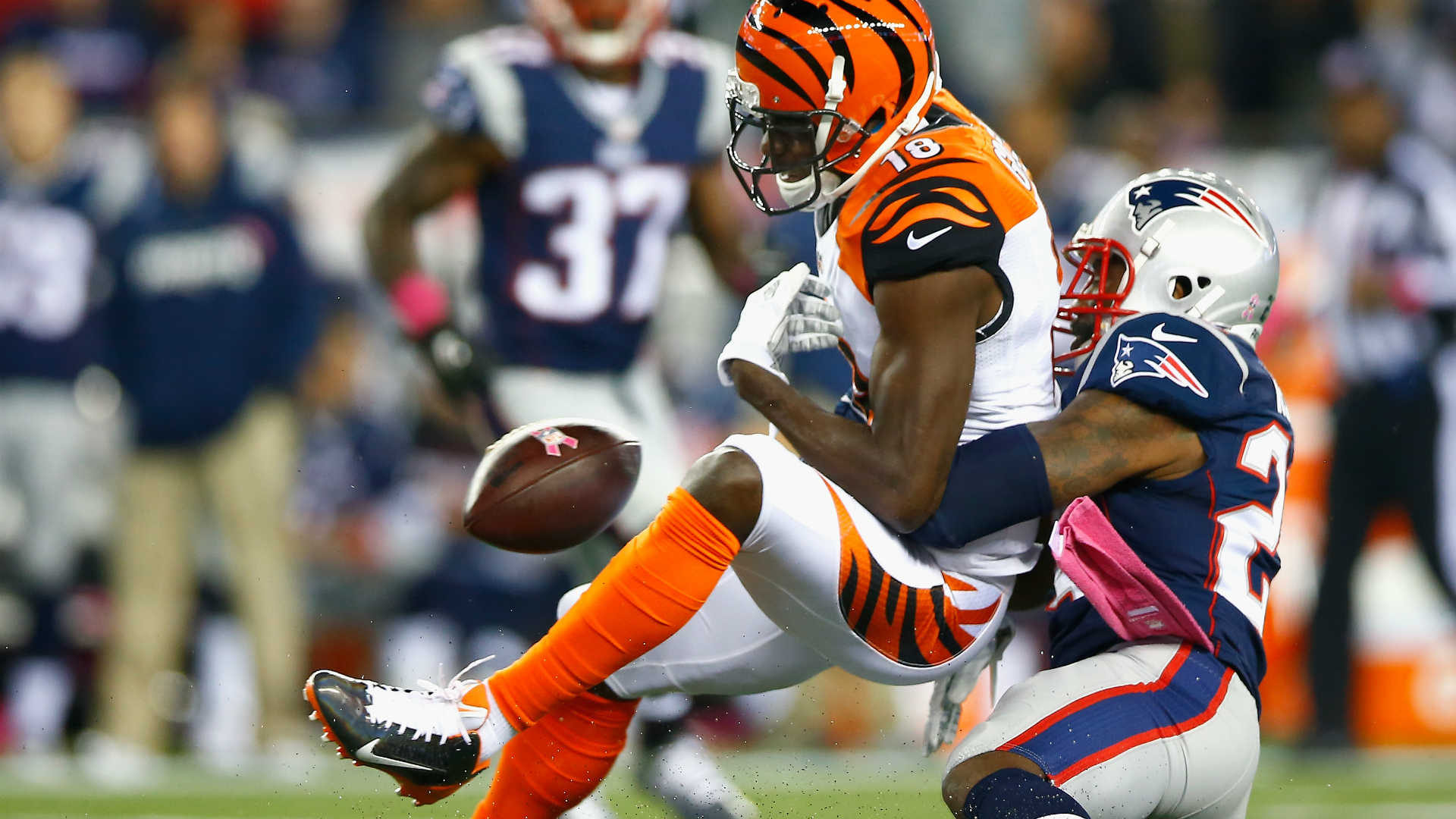 Last week brought a 23-14 record on player  prop bets, including a 3-1 outing on the Thursday Night Football Opener.

However, things will only get tougher from here. The Calvin Ridley under was a free square on the bingo card, and sports books won’t be handing out many gimmes like that going forward.

Let’s look to tonight’s matchup between the Ravens and the Bengals for more value. Division games are always a little more interesting to handicap, as we have a larger data set to work from.

Under 75.5 Yards vs Baltimore

We hit the over 72.5 on Green’s total vs. the Colts last week, and curiously, his line now rises by three yards against a much tougher Ravens secondary.

Even without top corner Jimmy Smith playing, the Ravens completely shut down the Bills WRs in Week 1.

Green is far better than anyone in Buffalo, but he’s also failed to surpass 75.5 yards in the last three meetings against the Ravens.

The game before that, however, Green put up 227 yards (!) on the Ravens. Green is going to see plenty of volume, but the Ravens are likely to keep him in front of them and avoid the big play.

Thursday Night games also tend to be more low scoring, and this matchup features the fourth-lowest point total on the week at an over/under of 44.

Under 1.5 Passing TDs vs Ravens

However, those odds imply 63.7 percent probability that Dalton goes under, while he’s actually done it 69 percent of the time vs the Ravens in 13 career games (9 out of 13 games). That’s a nice little overlay.

Baltimore has largely owned the Red Rifle over the years, limiting him to 28 percent fewer TDs than every other team. 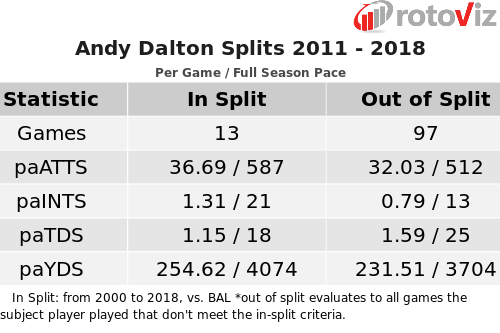 The Ravens are going to spread the ball around this year. In Week 1, their top three WRs all had an identical six targets. That’s going to make them tough to predict on a weekly basis.

Michael Crabtree will benefit from more targets in this game, but that was the situation last week, and John Brown sill had more yards.

Brown is known as a down-field burner who can get behind the defense for a huge gain on any one play. He looked all the way back from a sickle cell illness in Week 1. Meanwhile, Crabtree has gone for 60 yards or less in eight straight games.