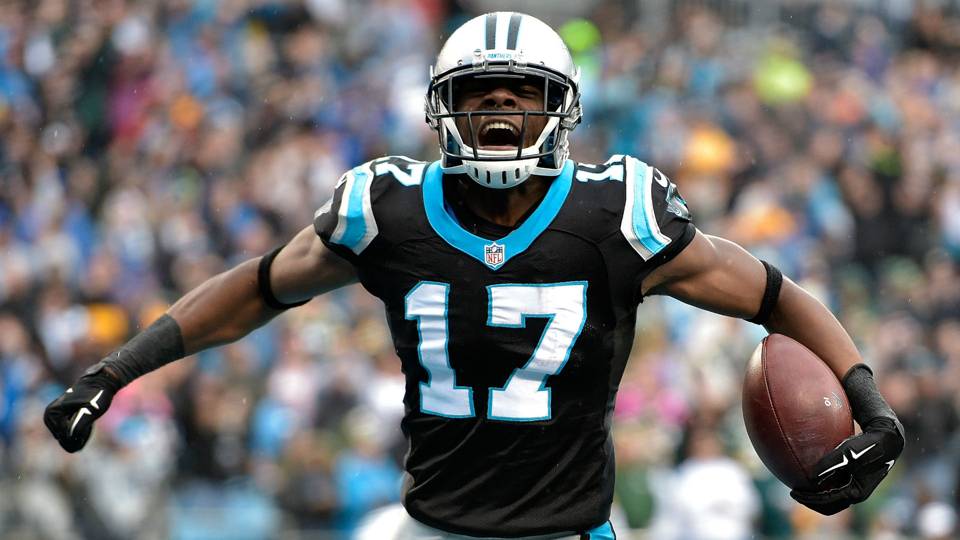 At this time last week, we had access to all the player prop betting lines, but unfortunately that isn’t the case ahead of Week 2 in the NFL.

Hopefully those lines will be released tomorrow, and we’ll bring you more coverage then.

In the meantime, all is not lost, my prop betting pal. Betonline.ag offers a “build your own prop bet” feature which lets you pit one player against another in a head to hear statistical showdown. We’ve done well on these types of bets early in the season, including getting great odds on John Brown putting up more yards than Michael Crabtree on Thursday Night Football.

To be fair, Betonline does offer some player performance lines, but they’re usually nowhere near as fair as other books, and you can generally only bet the Over.

Let’s dig into Week 2 and identify some of the best head-to-head bets to target.

We’re going to pound Funchess in a few head to heads in Week 2, as he stands to see a big bump in volume with Greg Olsen out for the year.

Funchess’ splits with and without Olsen in the lineup are stunning. The Panthers No. 1 WR sees 109 percent more targets and puts up 66 percent more yards when Olsen misses time. 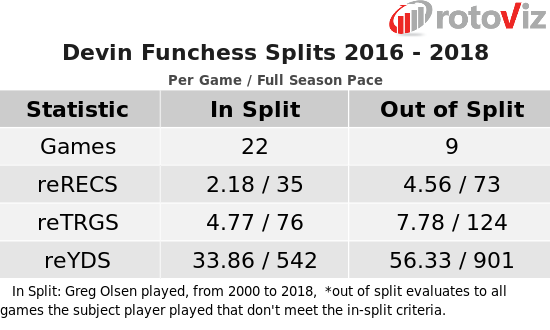 Funchess is going to be a busy man against the Falcons this week. Meanwhile, not only has Davante Adams been limited with a shoulder injury all week, but Aaron Rodgers is questionable to play, too.

Even at full health, Adams has failed to crack 54 yards against a stout Vikings pass defense.

He won’t be at totally healthy in Week 2 and will draw All Pro BC Xavier Rhodes. I’m likely to target Adams on a few head to heads this week.

The superb odds we’re getting are icing on the value cake.

There are a few other options to go up against Funchess again here. I also considered a banged-up Paul Richardson and an M.I.A. Sammy Watkins.

In fact, I’ll make Watkins and official bet, but for the purposes of this analysis, let’s look at Anderson.

He was the Jets No. 1 WR last year but was a distant second to Quincy Enunwa in Week 1.

I hesitate to take too much away from a blow out game in which the Jets didn’t need Anderson’s deep-play chops, but a 10 to 1 target differential is jaw dropping, regardless.

Going against burners like Anderson who can take it to the house on any given play is always a bit scary, but I’m always willing to bet on volume, or in this case, Anderson’s lack of it.

I’ll scoop up the plus odds on what appears to be another coin flip. Jarvis Landry was third in the league last week with 233 Air Yards. If you’re unfamiliar with Air Yards, it’s one of the most predictive metrics we have for projecting receiving yards.

Landry had more Air Yards than Beckham in Week 1, and surprise, was also more productive. This, despite playing in a wind storm against a tough Pittsburgh defense.

This week, Landry is under the dome in New Orleans against a defense which just gave up a total of 417 passing yards to Tampa Bay. The Browns are big underdogs in this game and rate to be putting the ball in the air plenty in an attempt to keep up.

Beckham, meanwhile, is in a divisional game against a team that has done well to limit him in recent meetings. In the past four meetings against the Cowboys, he’s put up receiving lines of 94, 73, 44, and 35 yards.

This one won’t be easy by any means, but based on respective opportunity, there is value here. 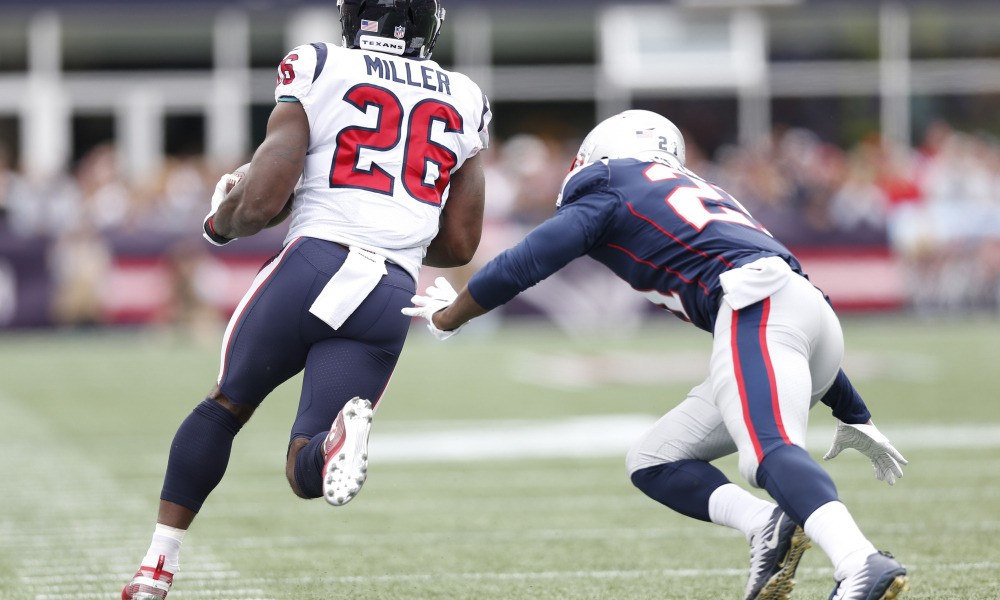 The Cardinals star RB was limited to 37 yards an nine carries against Washington in Week 1. Negative game script played a big part in that, but it’s going to much the same on the road against one of the best teams in the league this week. The Cardinals looked brutal in Week 1 and are 13-point underdogs against the Rams in this one.

Los Angeles features one of the fiercest defensive fronts in the league with studs Aaron Donald and Ndamukong Suh. Even in a game where the Raiders led for long stretches, Los Angeles held Marshawn Lynch to 41 yards on 11 carries.

Johnson may well be heavily involved in this game, but it’s more likely to be in a passing role.

Miller, meanwhile looked lighter and faster than last year, racking up 98 yards on 20 carries versus the Patriots. He’s locked into a No. 1 role for the Texans and rates to see at least 15 carries against a Titans defense which got gashed for 120 rushing yards versus Miami last week.

This is another volume-based play. Johnson is clearly the superior player, but Miller is the better bet to get more carries.

Be sure to check in tomorrow once more prop lines are released. We’ll be bringing you more Week 2 analysis then.