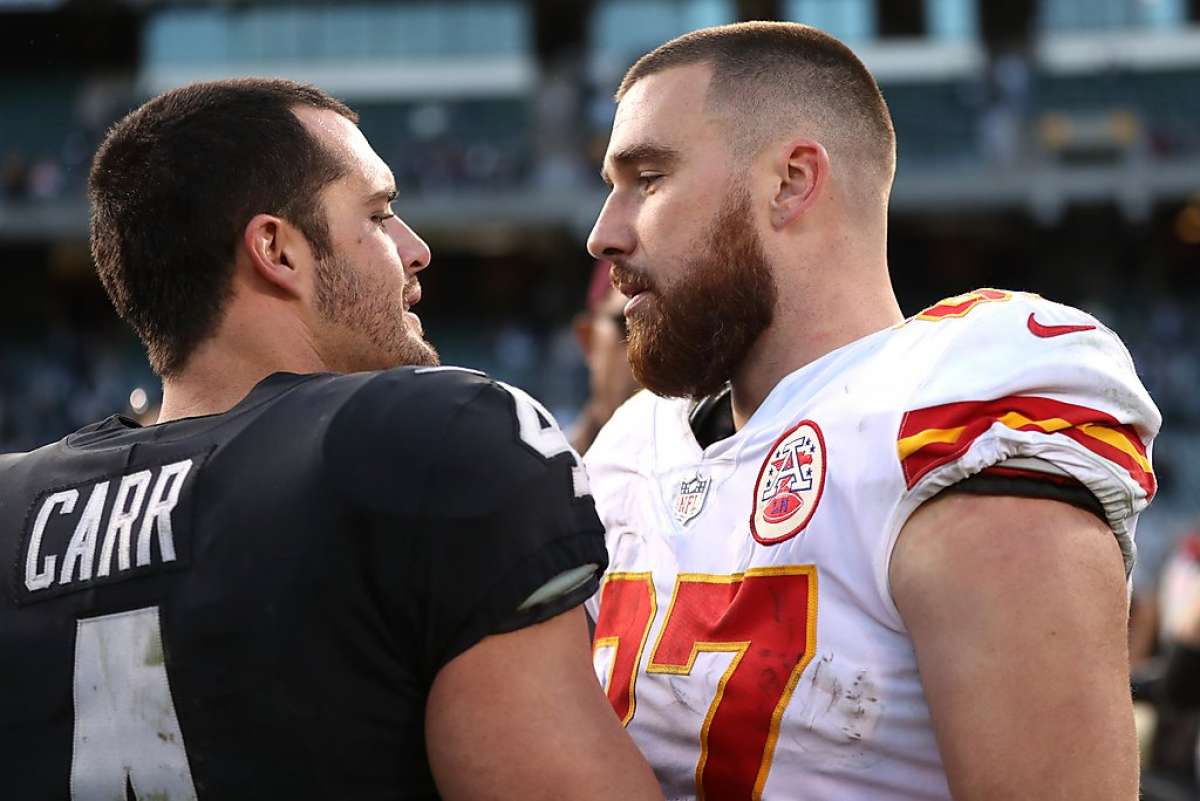 The Kansas City Chiefs are a mess, as their hapless defense and the underwhelming offense have led to a 5-4 SU record and a 2-7 ATS record. Meanwhile, the Raiders just took a tough loss against the Giants to fall to 5-3.

Both these teams will be hungry for a win, especially as the AFC playoff race heats up.

Join us to get full prop slates for NFL, NBA, PGA, & more alerted to your device.

However, I’m not expecting the Chiefs to drop 50 points in this game. Kansas City should continue to struggle, and our team has come up with a SNF prop for Chiefs Raiders in response

There are three main reasons why I’m making this play.

Let’s dive into them.

Nothing is working for Patrick Mahomes and co. The Chiefs have scored a combined 36 points over the last three games. Per PFF, Mahomes has made two Big Time Throws to six Turnover Worthy Plays during this stretch, averaging just over five yards per attempt.

Well, the Cheifs’ offensive ineptitude has resulted in the entire team being overvalued in the prop betting market. Honestly, you could make an argument for taking the under on any Kansas City player at this time. But fading Travis Kelce is my favorite play.

After dominating for the first three weeks of the season, Kelce’s production has fallen off a cliff. 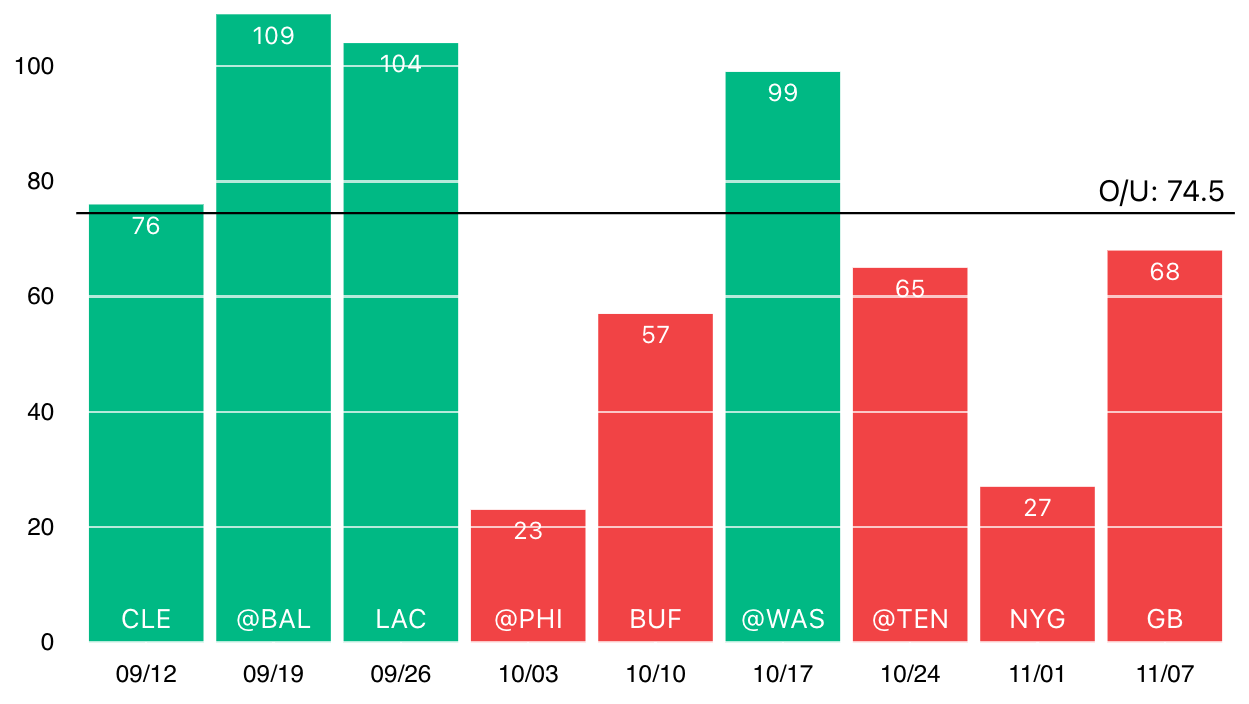 Kelce’s receiving yards tell the story of his decline better than the receptions totals do. But, Kelce hasn’t hit this receptions number much. He’s recorded seven or more receptions in four of his nine starts this season — three of those times he recorded exactly seven — and has cashed this number just twice in the last six games.

Moreover, Kelce has gone over his reception total line just once in those nine starts. All three times he managed seven receptions, the O/U was set at 7.5. 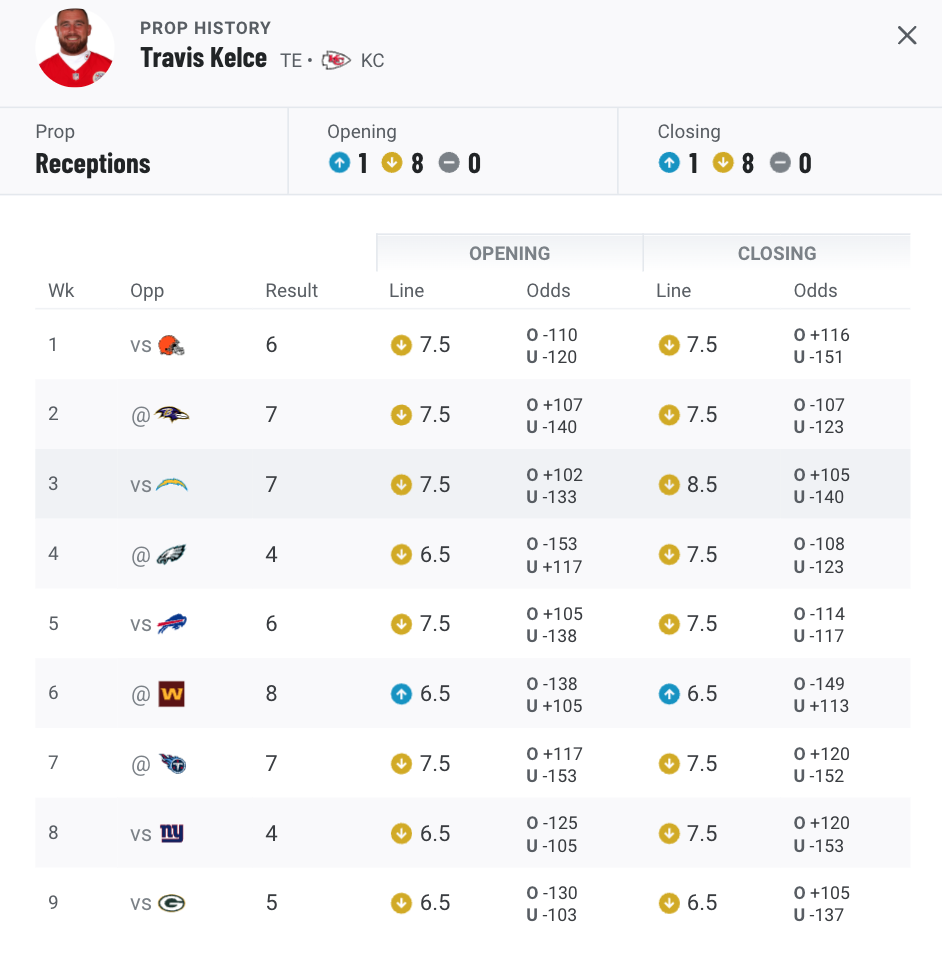 The Raiders aren’t very productive against TEs. But there are two reasons I’m optimistic.

My point is, the Raiders’ TE defense is right in line with the Packers’ TE defense. The Chiefs offense is so broken, Kelce can’t take advantage of either team right now.

But the second reason for optimism: The Raiders have been holding opposing TEs under this number. Over their past four games, the Raiders have allowed:

So, three of the last four TEs to play against Vegas went under their receptions total. That gives me optimism for Sunday Night.

The projection market is low on Kelce for Sunday Night Football.

I’ve hunted around and found some projections for Kelce’s receptions total on Sunday Night. All-in-all, the projection market paints a pretty picture for Kelce’s under.

All-in-all, the consensus projections have Kelce going under this number, and my research indicates he likely won’t hit the over.