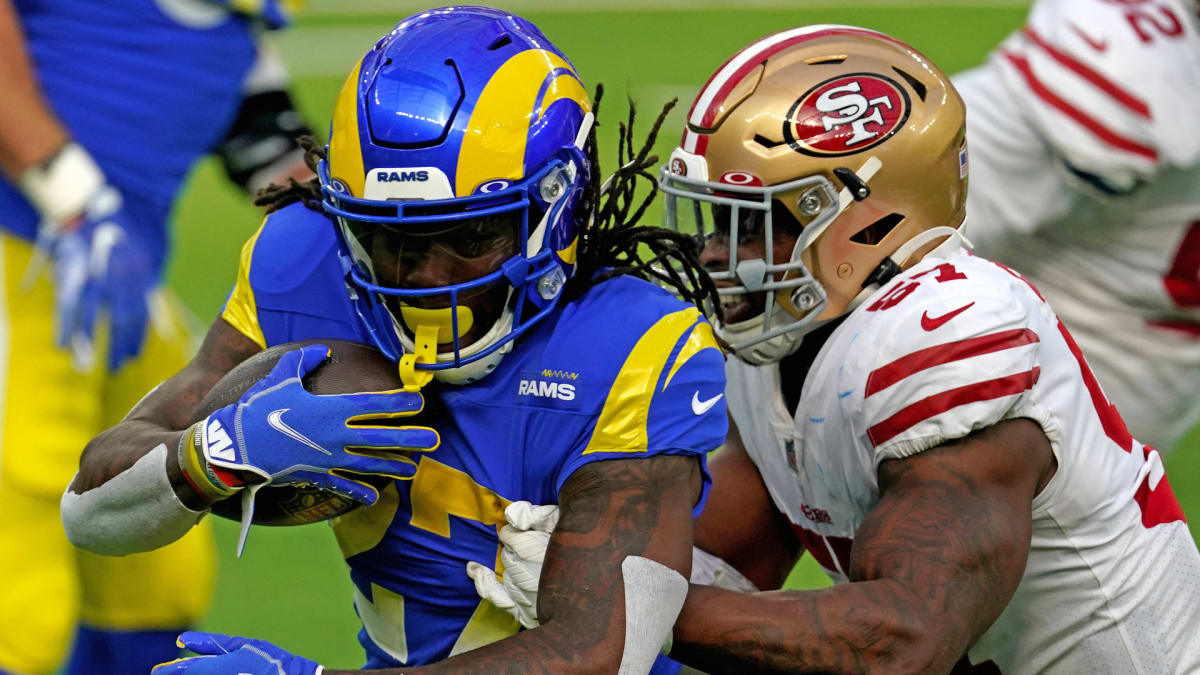 A points total of 50.5 suggests sufficient offense in this game, but we like a couple of unders on props which look a little overinflated.

Consider these plays as leans for 0.5 units each (0.5% of your betting bankroll).

We gave you a winner last Monday, so let’s run it back with two more tonight.

Our subscriber plays are up over 20 units on the year — Join us here to get full slates of NFL & NBA props alerted to your device!

Hendo sank to a season-low in carries and snaps (60%) in their last game against the Titans, and he’s now under this number in five of eight games on the year with an average of 15.1 carries. 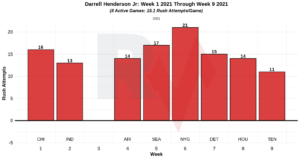 Granted, the Rams have been involved in some bizarre blowout scripts of late, so it’s hard to take too much away from what appears to be a slightly declining role for Henderson. However, it’s notable that with the game still somewhat close late last week, it was Sony Michel who got most of the work, and his snaps have been trending up the last few weeks. 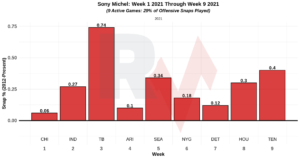 That doesn’t mean Henderson is going away, but Michel has been an efficient runner over the past two seasons, and it makes sense for the Rams to balance out the workload a little more, as we’ve seen them start to do the last few weeks.

Regardless, this sets up as more of a pass-happy affair against the 49ers, whose defense functions as a pass funnel, ranking 30th in EPA allowed per dropback and seventh on EPA allowed per rush.

LA also runs a ton of empty sets, and it turns out that the 49ers are one of the worst teams in the league defending against that look.

Look for a pass-heavy attack from the Rams tonight, and when they do run, it might be with the more balanced approach we’ve seen from them lately.

In all, this 15.5 line is just a bit too high based on Henderson’s numbers this year, especially at such an excellent price of +105.

This pricing implies that Garoppolo throws one or fewer TDs tonight 58.3% of the time, but history suggests a higher hit rate:

No QB has thrown for more than 2 TDs in any game vs LA. Their 10 total passing TDs allowed is second-best in the league, behind only the Buffalo Bills. Impressive, considering they’ve faced some heavyweights in Tom Brady, Kyler Murray, and Russell Wilson.

The 49ers aren’t particularly efficient near the goal line, with their four total passing TDs within the 10-yard line ranking as the fourth-fewest in football.

The Rams have the personnel to make life uncomfortable for Jimmy G in the red zone, and it’s not a number he’s been hitting much, even in softer matchups than this one. We like the under down to -150.