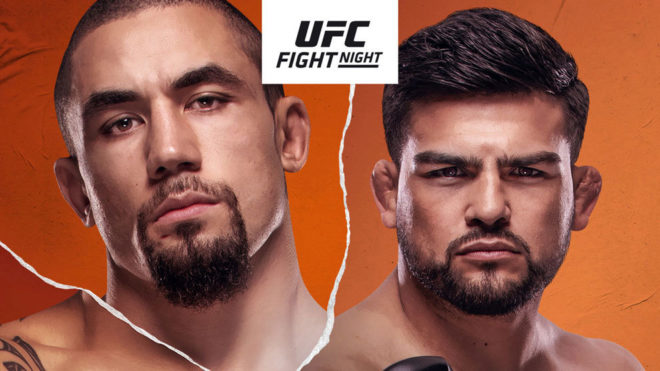 Our free UFC props and picks have been hot, and we're coming off another win on Da Un Jung last weekend!

We look to keep it rolling here with a lean on Arlovski vs. Sherman, and if you want even more action, we’ve got THREE official plays. Two straight wagers, + an exact method of victory on one of our plays!! —  unlock it all with a UFC Fight Pass for $19.

Andrei Arlovski has been fighting at the highest level now for two decades, which is incredible.

The major reason for the longevity is because Arlovski always wins the fights he should. Typically, he only losses to elite competition, making himself the gatekeeper of the heavyweight division.

Chase Sherman had a previous run with the UFC that led to him being released. Fast forward a few years later, & Sherman grinded his way back to the UFC, making a successful return last summer.

The football-player-turned-fighter has a very entertaining style. Sherman is constantly coming forward with pressure looking to exchange.

What I don't love about Sherman is that he’s a guy who takes one to give one in return.

Arlovski has better hands, footwork, head movement, but the major red flag is obviously the guy is 42 years old with 20 losses on his resume.

Despite the concern over age/durability with Arlovski, I'll still side with him to out-point Sherman for the better part of three rounds en route to a decision victory.

I think the late line movement on Sherman is creating some betting value on Arlovski.

If this line gets to -plus-money, I will drop Arlovski as a 1-unit official play.

Prediction: Arlovski is a step ahead with his boxing skills, getting a dominant decision win.

Best Bet: Arlovski floating around +100 is a solid bet to make.