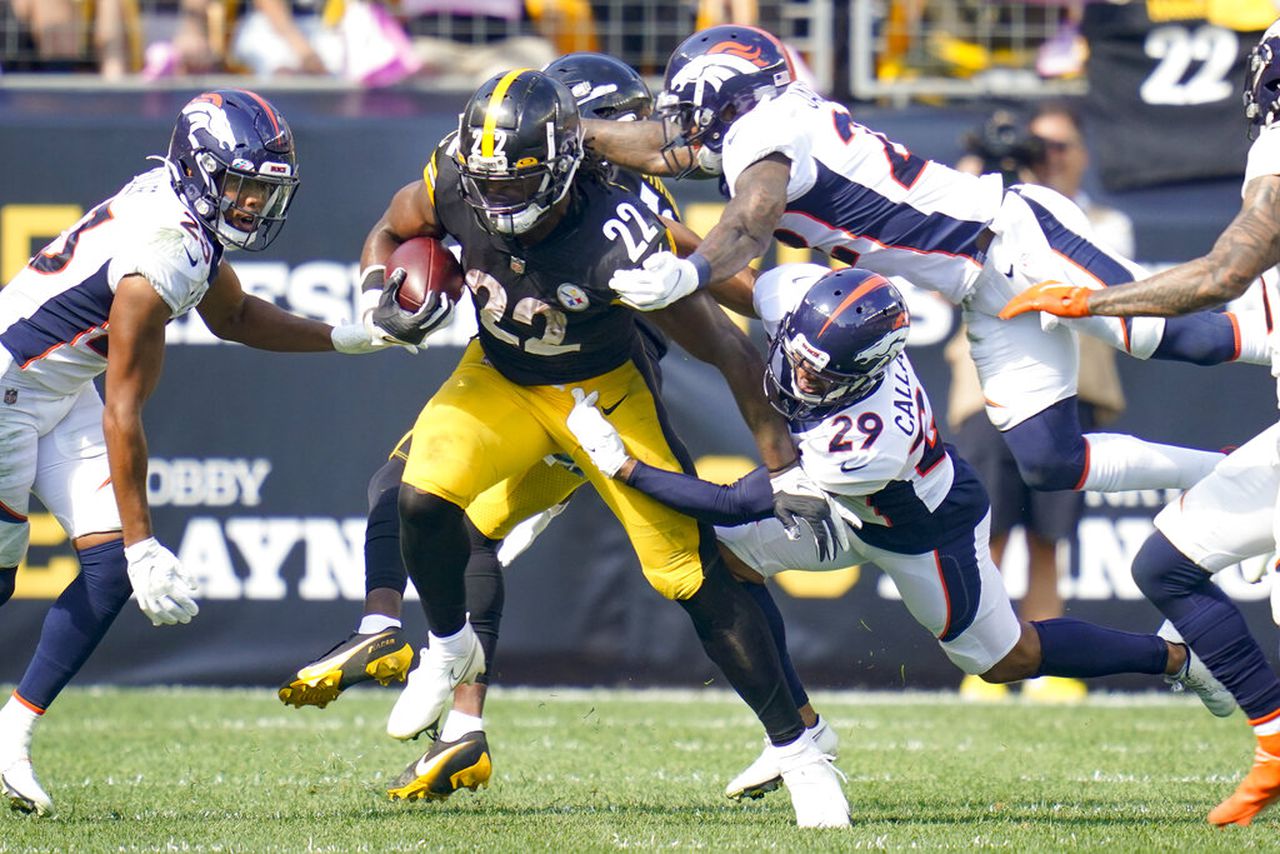 In a surprising turn of events, Geno Smith will be under center this Sunday Night for the Seahawks, as Seattle travels to Pittsburgh to take on the Steelers. After careful inspection of the player prop market for this game, our team has found two SNF props for Seahawks Steelers.

These two plays are considered leans, however, meaning you shouldn’t be risking more than 0.5 units per play (or 0.5% of your total betting bankroll).

However, if you’re looking for more player prop action for this weekend, consider joining us as a full-time subscriber.

Let’s dive into our favorite leans for Sunday night’s action.

While this line is slightly high, there’s a great chance Najee gets there.

Meanwhile, Seattle has allowed the second-most rushing yards per game to opponents. Through the Seahawks’ first five games, opponents have averaged 23.3 rush attempts per game against them, including:

Meanwhile, Harris has accounted for a whopping 80% of Pittsburgh’s Rush Attempt Marketshare. Plus, Najee has compiled over 90% of Pittsburgh’s rush attempts twice this season — Week 3 against Cincinnati and Week 4 against Green Bay.

So, if Pittsburgh calls run as much as every other team has, Harris is going to have a lot of rushing opportunities on Sunday Night. 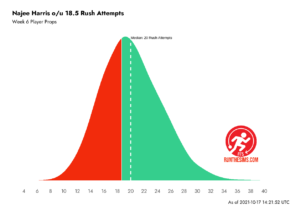 Projections have Najee going above 19 rush attempts in this matchup, and our team is willing to make a play on him at this price.

Smith played just a half against the Rams last week, yet he compiled 23 rushing yards. He has a great chance to crush this number in this matchup.

As such, Smith is sure to have to get creative on Sunday Night.

Smith hit this number on just three attempts last week, while the Steelers have already allowed:

Projections have Geno compiling over 20 rushing yards this week, giving us plenty of value on the 18.5 number being offered.