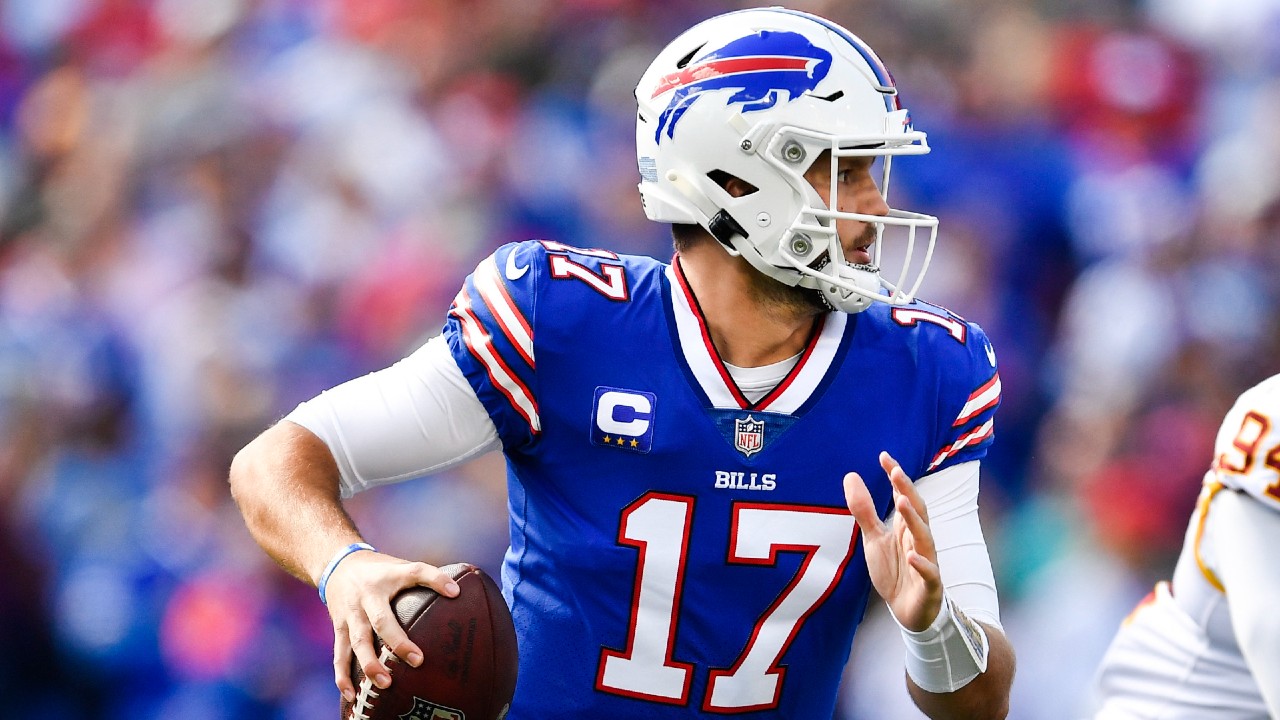 Pour a stiff one and hold on tight — this may not be a fun sweat as we fade Josh Allen on our top MNF prop for Bills Titans, but it’s a sound bet that will certainly be profitable in the long run.

That’s the kind of sexy action you come to BTP for, right?

Let’s dive right in, and if you’re looking for even more action, be sure to join us as a subscriber for full slates of daily prop picks, including NBA which tips off tomorrow!

This one all comes down to game script and whether or not the Titans can keep it close. If they can’t, the Bills have shown they’re perfectly happy to pound the rock.

Because they’ve been leading so much, Buffalo:

We’ve seen this trend surface in three of their blowout wins this year, where Allen had 33, 28, & 26 attempts.

He’s now averaging 36.2 attempts per game – 35.9 going back to last year – and projections have him right in that range tonight, including our friends at Run the Sims, who give him a median projection of 34. 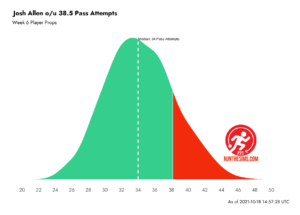 So can the Titans keep this close and allow the Bills to gear down?

The spread is -6 in this game, so there is certainly the potential for some neutral script, but not many teams have been able to keep it close against Buffalo so far.

The problem for the Titans is that the Bills’ defense is an outlier and insanely good against both the run and the pass. 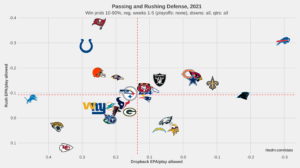 Tennessee’s offensive numbers are respectable so far, but they’ve only really put up points against the Seahawks, Colts, Jets, and Jaguars — not exactly a murderer’s row of defenses.

While the Titans get a boost by having Julio Jones and AJ Brown at full strength, Im not sure they can keep pace here. No one has really been able to vs Buffalo.

Tennessee will also be looking to establish the run plenty with the big dog Derrick Henry to help keep shorten the game and keep Allen and his arsenal of weapons off the field as much as possible. This has been the strategy for all of Buffalo’s opponents so far, and you can bet the Titans will try the same tactic for as long as it’s close– in neutral scripts, Bills’ opponents have a 47% run rate, tied for second-highest in the league.

Pass attempt props are all about game script, and there’s plenty of support here to suggest that the Bills can get out to a big lead and milk the clock, as they’ve been doing plenty of this year.