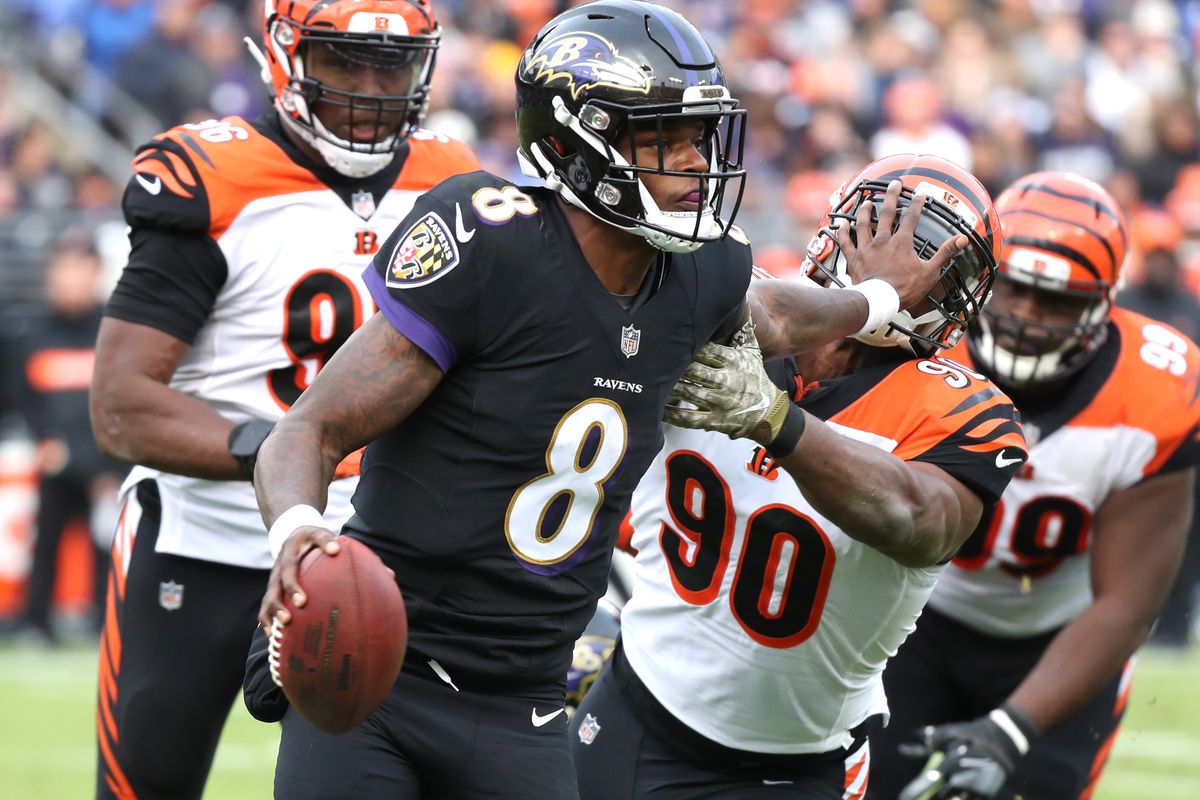 Lamar Jackson has two lackluster performances in a row. One of these resulted in a loss to the New York Giants, but he still went over our prop in both of those weeks. On Sunday the Ravens get a home tilt vs their AFC North rival, the Cleveland Browns. Jackson is a big-time player who loves to put the team on his back. In his own words, he’s pissed about losing. The 4.43 speedster should look to use his legs in this matchup to clear this Week 7 player prop.

Jackson’s rushing stat lines this year have been fantastic, clearing 58 rush yards in every game except for the Week 1 game against the Jets. Averaging over 9 carries per game, the Louisville product has consistently put himself in position to rack up yards on the ground.

On the season, Jackson has a median rushing result 75 yards.

The Ravens also go into this matchup without running back J.K. Dobbins, who will be out for multiple weeks with a knee. That leaves Kenyan Drake as their most experienced running back left, which means it may be left to Lamar to carry more of the rushing load this week.

The Browns come into the matchup ranked 30th in DVOA vs the rush, giving up 131.5 rush yards per game to their opponents.

It should be noted that they have done well against the few rushing QBs they’ve faced this year, holding Marcus Mariota to just 3 rushing yards this year. However, Jackson is a different breed.

He has a rich history of running on this team, clearing the rushing line in 5/7 career matchups (not including the game he was injured early). Across those 7 career matchups against the Browns, he is averaging over 72 rush yards.

The former MVP has shown the desire and the ability to run, both this season and historically against the Browns. Take this Week 7 player prop up to 59.5 yards.

Lastly, Lamar is only 115 rush yards away from tying Steve Young for 5th in all-time rush yards by QBs. Could he possibly eclipse the Hall of Famer this Sunday?