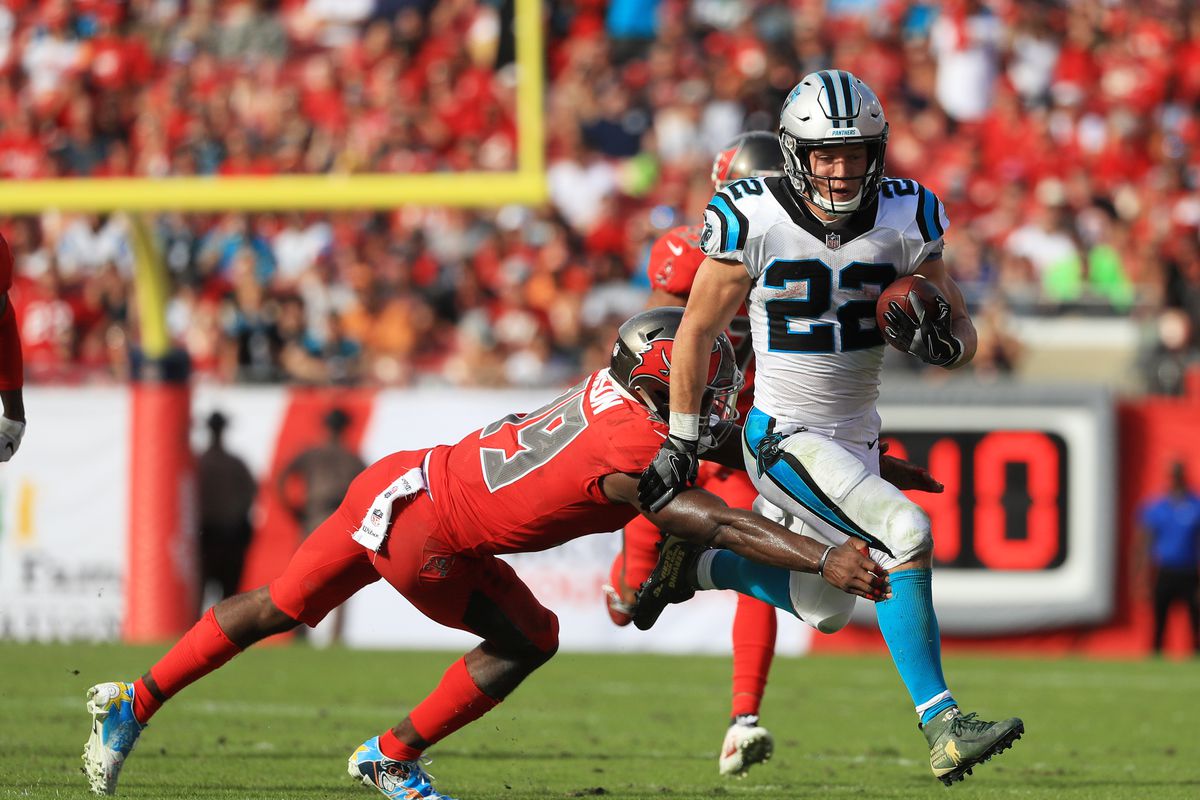 Our best NFL props for Week 5 at running back are not for the faint of heart -- fading living legends like Christian McCaffrey is never fun, but it can be a profitable approach when expectations begin to overtake reality.

That seems to be the case this week as McCaffrey has been slapped with a rushing line that appears overly weighted by recent results. But we know that historically,  unders are the way to go on these RB rushing props, marquee names be damned.

We'll jump into analysis on that McCaffrey prop, followed by a roadmap for taking advantage of a change in offensive philosophy in Washington when it comes to the RBs there.

Want our full menu of NFL player props? Join us here! Our plays are hitting at 62.4% on the year (73-44) and have made our subscribers 23 units so far. All our packages come with a 7-day money-back guarantee.

We're off to a good start to the week with a perfect Thursday Night Football card, so let's stay hot as we bite into the fat of Week 6.

You can also check out our best NFL props at WR for Week 6 here.

I wouldn't blame you if you don't want to take this ride, but with such a high number in such a tough matchup, it's a compelling play.

Tiny sample sizes and all that, but the Bucs have proven to be the only team capable of bottling of McCaffrey this year. 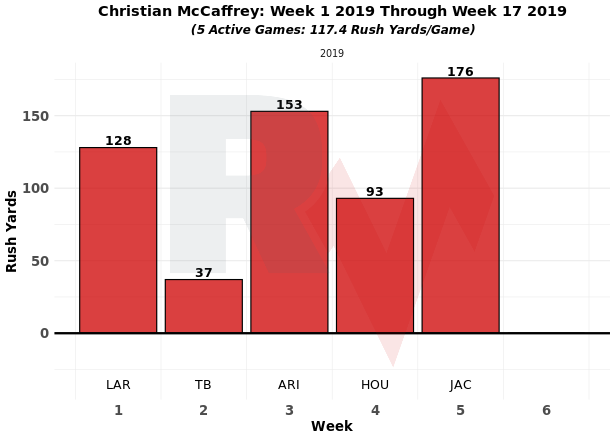 Those 37 yards came on 16 carries (2.3 YPC) as Tampa Bay sold out to stop the run and forced Cam Newton to try to beat them. While Kyle Allen has been quietly good this year with an 8.6 adjusted yards per attempt which ranks seventh among starting QBs, I don't see Tampa Bay changing defensive gameplans in the London game.

Despite facing a murderer's row of RBs including McCaffrey, Saquon Barkley, Todd Gurley, Alvin Kamara, and Matt Breida, the Bucs haven't given up more than 62 yards to any individual rusher. They're allowing the second-fewest rushing yards per game (56) and yards per carry (3.04).

McCaffrey's 84-yard TD run against the Jaguars is fresh on everyone's mind, including bookmakers, but this is a huge rushing total for any player. He eclipsed this 89.5 number four times in 16 games last year, and while he's certainly talented enough to make our under bet look silly from time to time, shorting these kinds of totals is a profitable long-term strategy, especially in such a tough matchup.