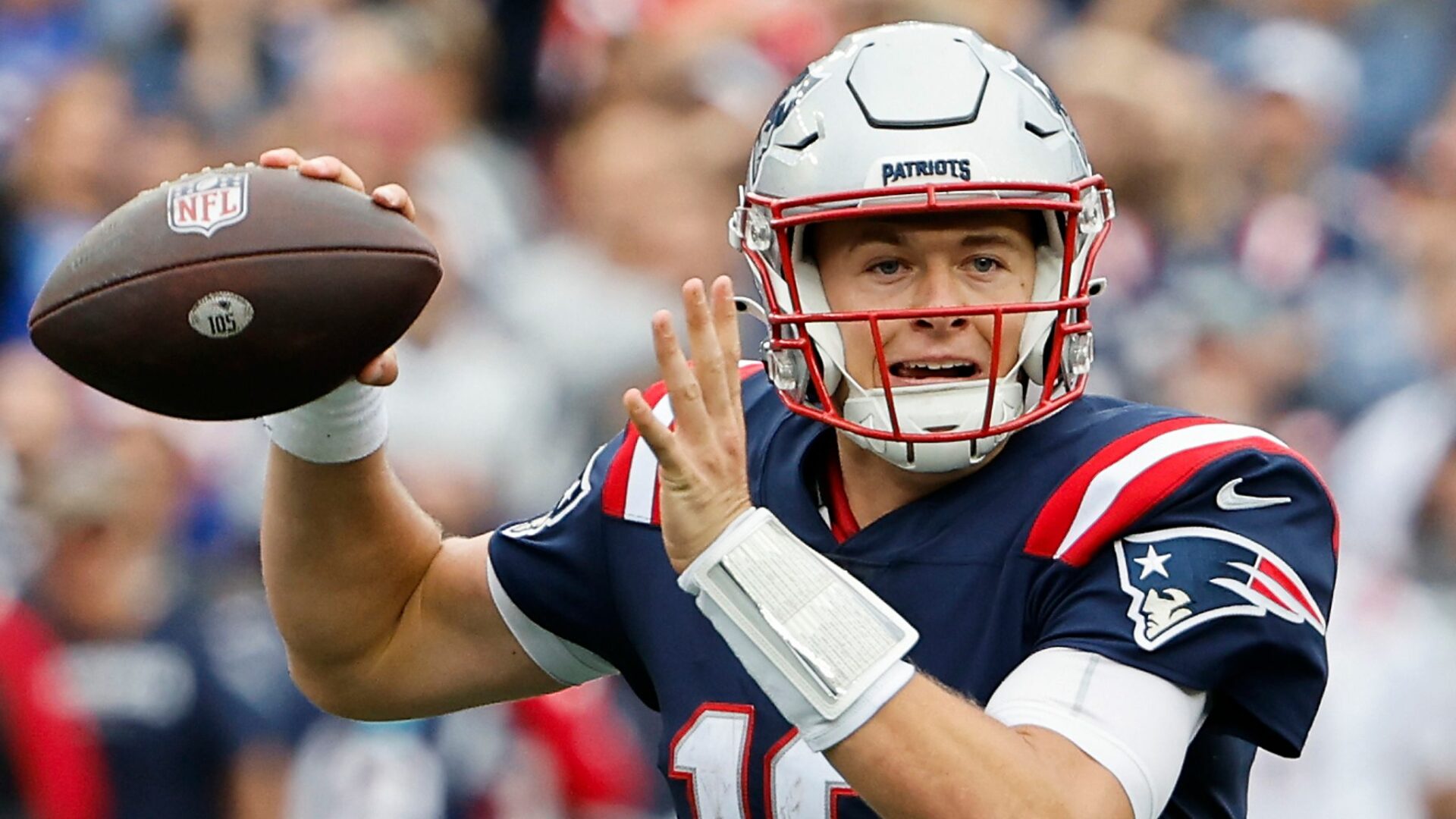 The Patriots host the Bears as heavy 9-point favorites on Monday Night Football in a game with a modest total of just 40 points. Those main market betting lines suggest a low-scoring game that won’t be very competitive — here are 5 MNF player props trends to consider for tonight’s game.

Shop MNF Player Props ’till you drop with our Prop Odds Comparison Tool. 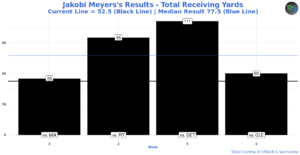 He’s missed some time, but when he’s played, Jakobi Meyers has hit this line of 52.5 Receiving Yards in all four of his starts with a median result of 77.5.

Meyers has been truly impressive this season — Meyers’ 3.3 Yards per Route Run ranks second among all WRs, behind only Tyreek Hill. 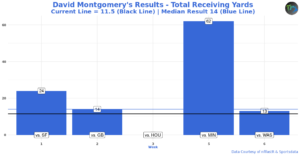 David Montgomery has played a consistent role in the Bears passing game, hitting his line of 11.5 Receiving Yards in 4-of-5 starts with a median result of 14.

Tonight he gets a Patriots defense that is allowing the 11th-most receiving yards per game to opposing RBs. 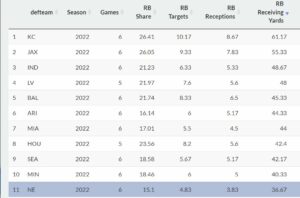 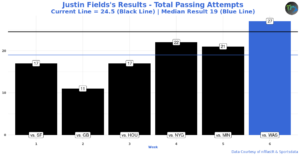 He’s got some of the lowest passing lines in the history of props, and yet he’s still gone under his attempts line of 24.5 for tonight’s game in 4-of-5, with a median result of just 19. 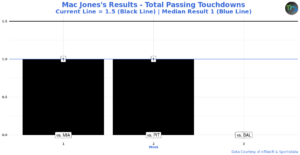 Mac Jones is back under center for the Pats after missing a few games with an ankle injury. He’s failed to record two passing TDs in any of his three starts. 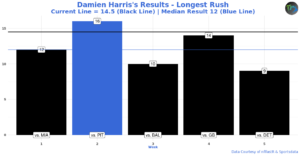 Damien Harris also makes his return to the lineup tonight. His line for Longest Rushing Attempt is set at 14.5, but he’s only hit that once in five starts with a median result of 12.