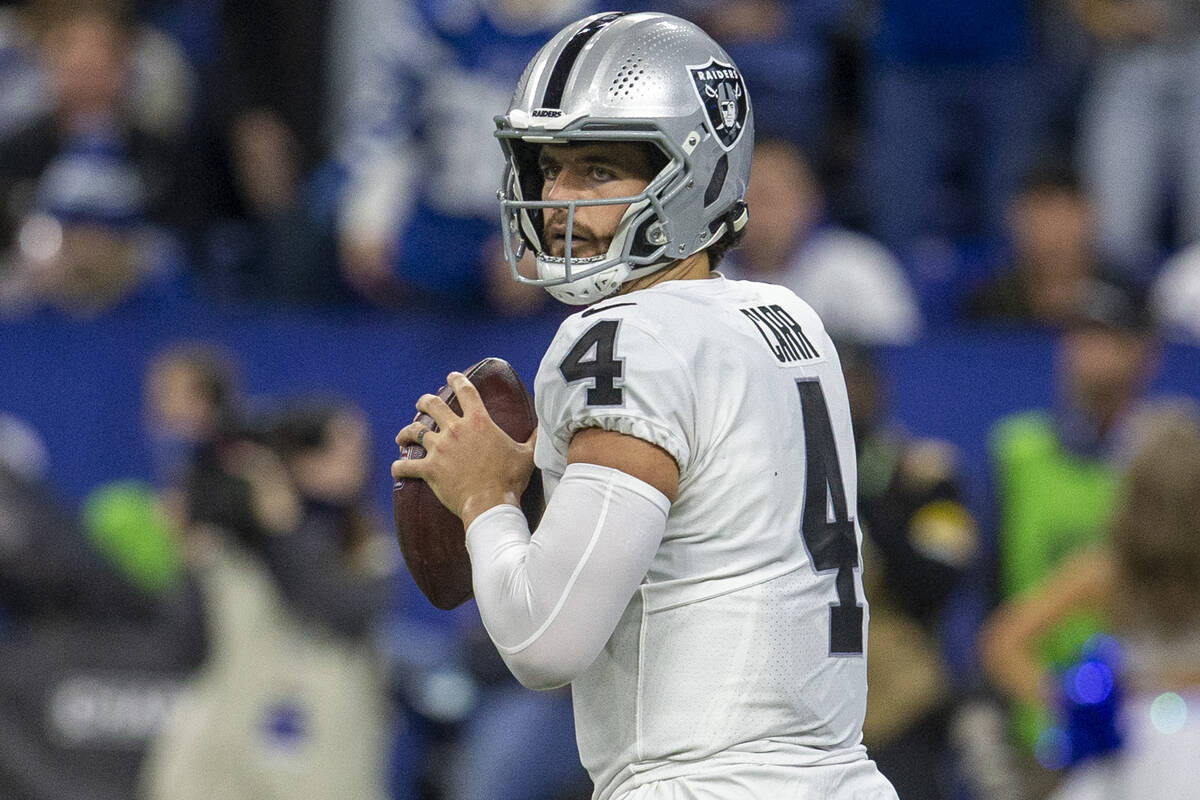 This is the best Sunday Night Football game of the year. It’s a win-and-in scenario for both teams. Given the implications surrounding this game, our team has found one high-value SNF Prop for Chargers Raiders.

It’s clear that the market has been overvaluing Derek Carr for weeks. They’re down a few key receiving weapons, and Josh Jacobs has been effective in the run game, so Carr’s numbers have cooled in the back half of the year.

But there are other factors that are pushing us to fade Carr in this regular-season finale.

Editor’s Note: Welcome to regulated sports betting, New Yorkers! We’re holding a rare sale to celebrate — sign up here with code NEWYORK and save 20% off a weekly or monthly subscription. This weekend only.

Let’s get into them.

Before we talk about the situational advantages for the under, let’s talk about Carr’s recent performance.

Carr has gone under this number in seven of his last eight games. On the season, he’s gone down to just a 261 yard per game median. 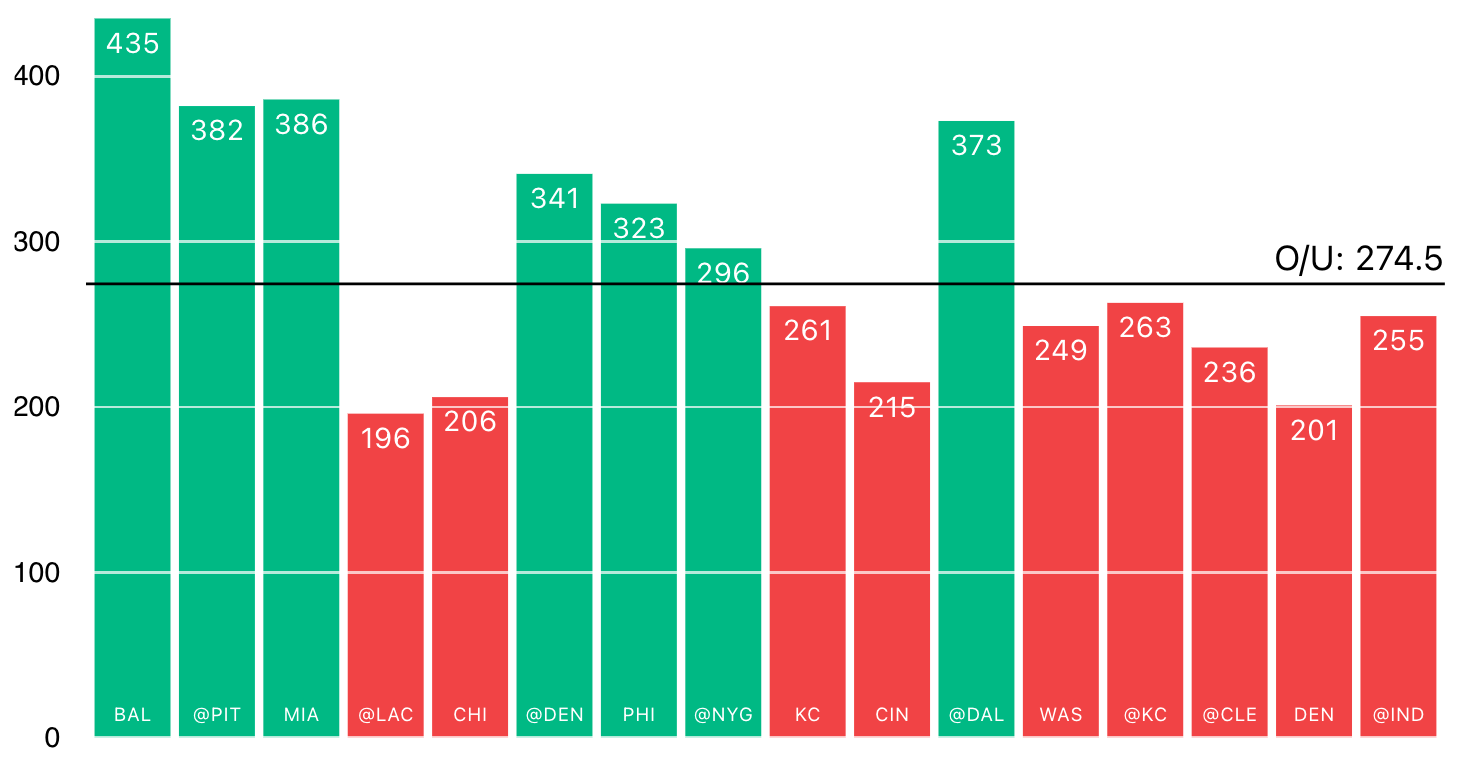 This recent streak includes a game against these Chargers, where Carr tossed for just 196 yards — the one and only time he’s gone under 200 yards this season.

Brandon Staley and Co. seem to have Carr’s number, too. In his one full game against Los Angeles last season, Carr managed a measly 165 passing yards.

And given that this is a massive game for the Chargers, I’d expect them to come after Carr aggressively. Especially considering the Chargers are among the top-10 NFL teams in pressure rate.

Darren Waller has been sidelined since Week 13, dealing with knee issues as well as being placed on the COVID-19 list.

Waller is obviously an elite tight end and a top target for Carr. Despite his absence, Waller still leads the team in target market share this season at 22.7%.

Waller is listed as questionable for this week, but even if he plays, it’s likely at less than 100%.

If Waller is either limited or out, that puts a big strain on Carr’s passing yards ceiling. Something he’s been struggling with, anyways.

The projection market is mixed on Carr this Sunday night. However, there are two predictive analysts in the industry I trust more than anyone, and they both have Carr going well under this line.

Run the Sims also pegs him with a median result of 260. 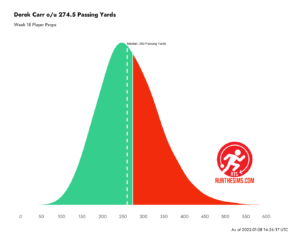 With projections in our corner, a tanking Raiders offense, and a tough Sunday Night matchup, our team is confident in Carr staying below this line in Week 18.

Our analysts gave out this play when it was up at 277. So if you want to be sure to always get the best numbers on your props, join us here to get full weekly slates of NFL props delivered to your device, including BTP’s NBA props, which are hitting 62%.