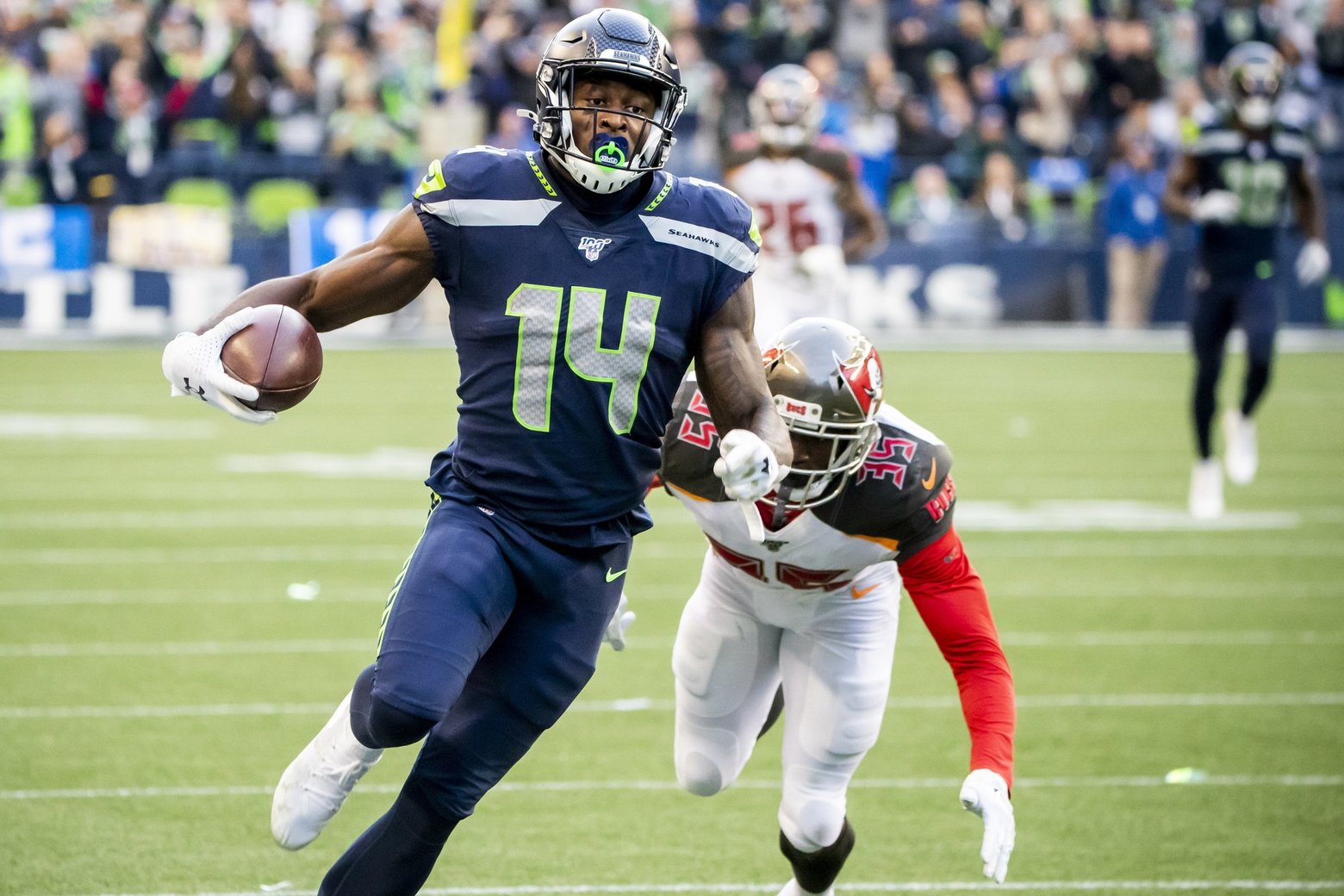 You can count the number of NFL wide receivers who are as physically gifted as Metcalf on one hand, and he’s the focus of our best Cardinals Seahawks Props for SNF. He may in fact be the biggest athletic freak of nature in the league right now.

Put simply, 228-pound guys are not supposed to run a 4.33 40-yard dash. He slipped to the end of the second round in the 2019 NFL Draft because of concerns about his route running, but he has silenced naysayers in a big way in Year 2.

Editor’s note: Bet the Prop hitting 59.9% with a 13.9% ROI through six weeks. Join us here to get weekly +EV NFL player prop slates alerted to your device.

Our primetime feature picks are on a roll, hitting last Sunday’s pick, and starting Week 6 off right on Thursday, so let’s stay hot tonight.

Update for 7:30 ET: This line appears to be the best one out there as of now. We still like it at O73.5, but would suggest sizing down to 0.5 units. We actually locked this in for our subscribers at O68.5 yards (-112) when the line opened on Friday —  if you’re the kind of bettor that wants every cent and yard of value, we’re the betting service for you.

The opening line on this one was a big surprise, and it still hasn’t adjusted quite enough.

Metcalf has 496 yards in five games to start the season, and he’s producing with remarkable consistency, notching at least 92 yards in every game. 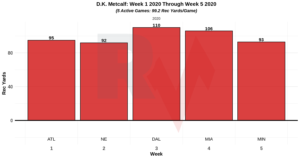 For some reason, his yardage line is set more than 20 yards below his worst performance of the year. While it’s unreasonable to expect him to continue his torrid pace, it seems like linemakers are over-correcting for impending regression and/or a matchup against a big-name corner in Patrick Peterson.

You can’t expect him to average 12.7 yards per target, but he’s getting 24.2% of the Seahawks’ targets and 45.2% (best in the league!) of their air yards. That type of volume, especially with Russell Wilson at quarterback, lends itself to massive yardage totals.

As you probably know by now, it’s usually wise to bet the under, but you can at least take some comfort in knowing that neutral-script games are the most conducive to WR overs. The Seahawks are mere three-point favorites in this one, so the stage is set for Wilson to be throwing all game long.

A matchup with Patrick Peterson is also a bit scary, and probably one of the reasons this line is so low, but being shadowed by the 30-year-old corner isn’t the death sentence it used to be. Terry McLaurin and Amari Cooper have both had success against the Cardinals this season, as well as guys like Jamison Crowder and Robby Anderson.

Don’t let Peterson scare you away from betting on Metcalf’s breakout to continue.

Our projections Metcalf ranging from 81 yards to 98 yards, so getting this line at 68.5 seems like a gift. Although it’s not ideal to pay up for it, this one seems so off that I’m fine paying the juice. You can also look around and find a total in the low-70s instead — we’d play it to 73.5.

Metcalf has been one of the hottest WRs in the league to open the season, but this line doesn’t properly appreciate how productive he has been, and the matchup is not enough to deter us.

Confidently bet on him to have at least 69 yards on SNF.