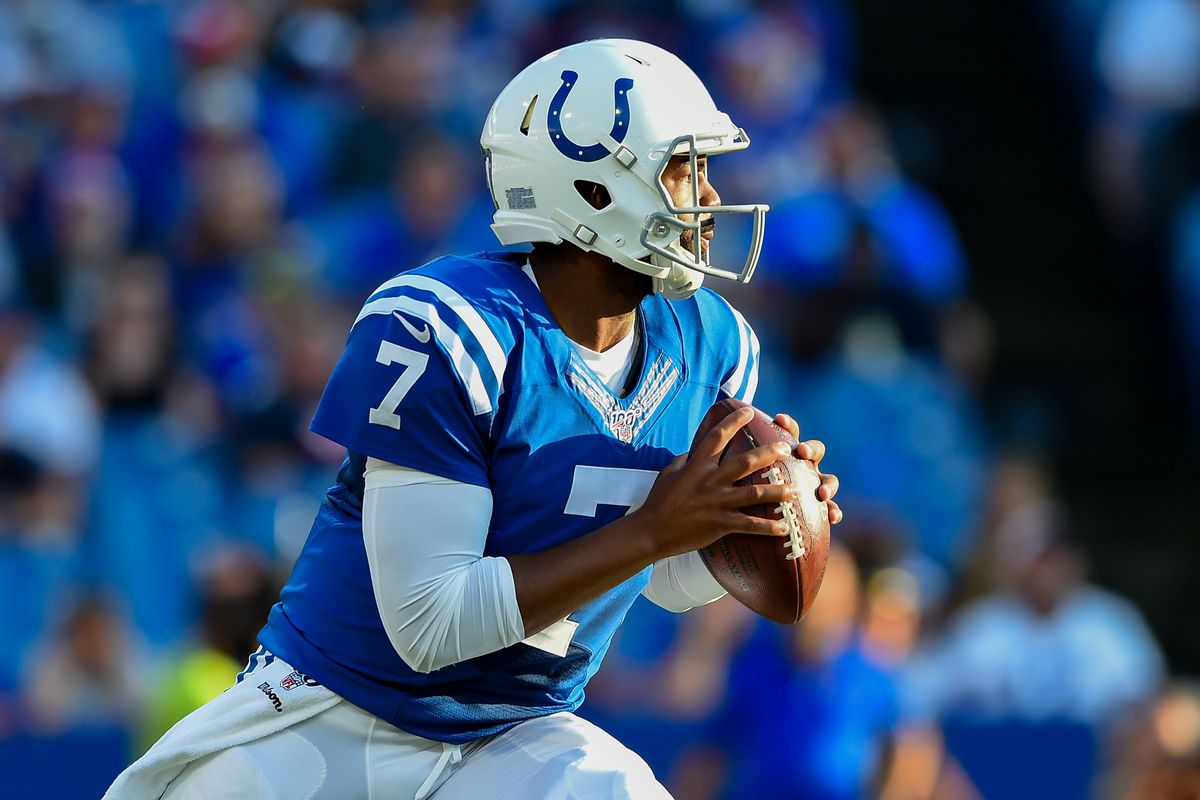 The status of these players has a trickle-down effect on both offenses, and unfortunately, that meant most of the lines were released quite late in the day. So tonight we bring you an abbreviated analysis of a few of our favorite prop plays on this matchup.

Here’s a quick recap of year-to-date results for our subscriber prop picks:

We’re just getting started on the year, and we’ve just reduced the prices of our full-season packages here — sign up today and start slaying some props!

With a 40-yard dash time of 4.94, the Colts QB is not exactly the second coming of Michael Vick.

Curiously, he was still used as a runner in his two years as a starter at North Carolina State, averaging 10.1 rush attempts per game over his final two years. It's hard to stay why they were so steadfast in sticking with it, though, as Brissette averaged 4.3 yards per carry in 2014 and 2.7 in his final year for a career average of 3.2 YPC. 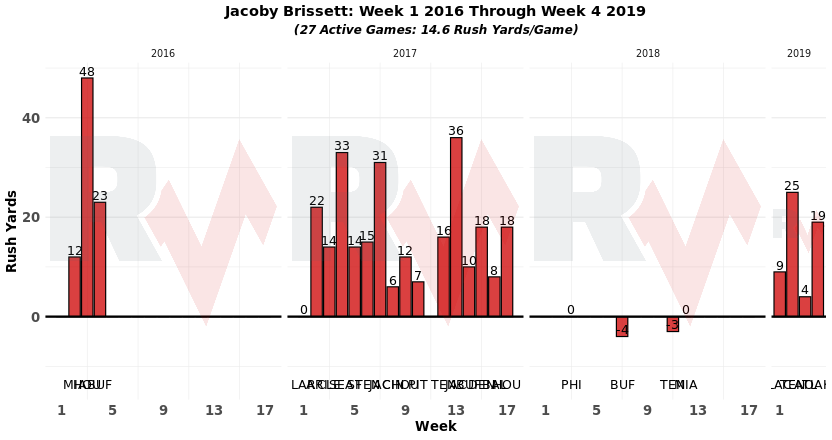 QB rushing yards are notoriously high in variance, but the under on this number will show a profit in the longterm.