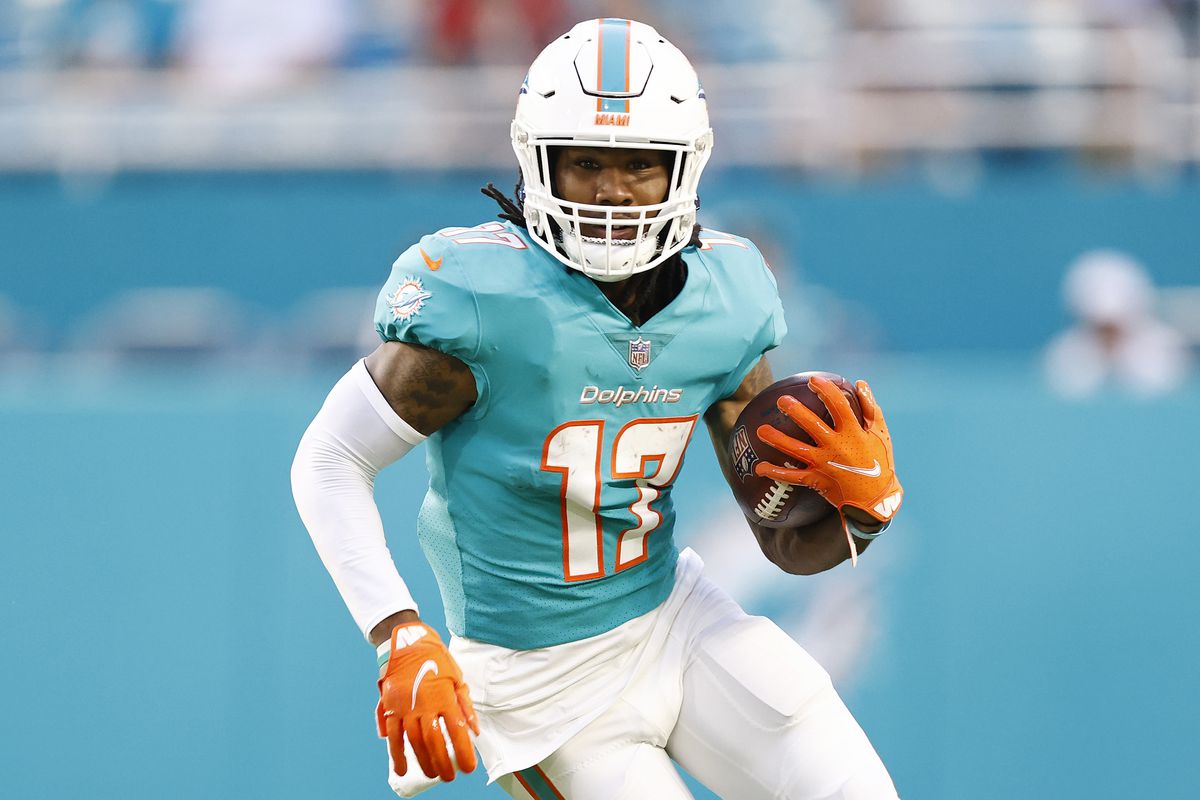 Another full slate of NFL action is on tap, and we’re bringing you two compelling props for Week 4.

After yet another thrilling primetime game on Thursday Night Football, I’m excitedly anticipating another week of high-scoring football.

I am 5-1 with Bet The Prop this NFL season after going 1-1 in this space last week.

It’s time to look at two exciting players who will be racking up receptions in Week 4. Let’s jump into the plays.

Jaylen Waddle has quickly become a focal point of the Miami Dolphins offense, establishing himself as an every-down player and being used as an extension of the run game. He played 88% of the Dolphins’ offensive snaps and caught an impressive 12 of 13 targets in Week 3.

Waddle’s 13 targets in last Sunday’s loss to the Raiders bode extremely well for the over on his receptions this week. The rookie receiver had an average depth of target of just 3.1 yards during his 12-catch performance. This style of usage is awfully reminiscent of how the Dolphins used Jarvis Landry in the passing game back when he played in Miami.

With the exception of running back Myles Gaskin, Waddle’s ADOT ranks lowest among all Dolphins pass-catchers.

The sixth-overall pick in the 2021 NFL Draft ranks second on the Miami roster in total touches. This only further signifies how much the Fins’ coaching staff wants to put the ball in Waddle’s hands. He has totaled 7.3 receptions and 8.7 targets per game to begin his NFL career and has at least four receptions in all of his games thus far.

The Dolphins have thrown 44 and 49 times over their last two games, where the 5’10” playmaker has seen a 22.6% target share. Waddle has quite a large role in this offense and has caught a magnificent 85% of his targets. The Dolphins only need to throw 28-30 times for Waddle to catch five passes with this combination of volume and efficiency.

I love the over on this prop for a guy fresh off a 12-catch performance in Week 3.

Cordarrelle Patterson has long been referred to as a “gadget” player and has never been exceedingly involved in any offense he’s been a part of. Things are different in Atlanta this season.

He’s totaled 12 and 13 touches over his last two games, the second- and third-highest single-game totals of his career. Patterson is finally in a featured offensive role in his ninth NFL season.

When you have a player that clocks in at 6’2″ 220 lbs. and runs a 4.4 40 yard dash, you’re going to want to get him the ball in space. The Falcons have done that more and more as this season has gone on.

Patterson has been getting more involved each passing week. His wildly efficient production has earned him more looks. Patterson is the NFL’s leader in both yards and targets per route run in 2021. With unparalleled numbers such as 3.92 YPRR and a target on 38% of his routes run, CPatt has been the league’s most efficient receiver through Week 3.

Atlanta’s leadership has taken notice, too. Falcons Head Coach Arthur Smith and Quarterback Matt Ryan have each spoken quite positively about Patterson this week.

“We named him our player of the game on offense,” Smith said after Week 3’s win over the Giants. “He’s making an impact, and it’s fun to work with guys like that.”

That’s high praise from the team’s head coach, not to mention the 14-year veteran and former MVP quarterback’s praise.

“I think he’s done a great job, whether he’s running the football for us or catching the ball out of the backfield,” said Ryan. “He’s an important piece of us being a good offense.”

The head coach and QB gushing over Patterson is one of many signs he will continue to be more involved. Here are Patterson’s receiving lines and snap shares in his first three games with the Falcons:

Matt Ryan will continue looking for the explosive playmaker out of the backfield, and with how good he’s been, Patterson may even earn an even split with backfield mate Mike Davis at some point soon.

Waddle is a supremely talented wide receiver in a stacked rookie class, and he’s already in a featured role for the Dolphins. His sky-high volume and extraordinarily shallow target depth make for a consistent role as a possession receiver for Miami. Waddle should continue crushing it against the Colts on Sunday.

I like the chances Patterson’s late-career breakout season continuing against a disappointing Washington defense in Week 4. Patterson only needs one or two catches to reach 25+ receiving yards, but he should end up in the five catches, 50 yards range. He has a super high ceiling if his snaps increase, as expected.

Enjoy playing these props for Week 4, and join us for months of NFL props to come!