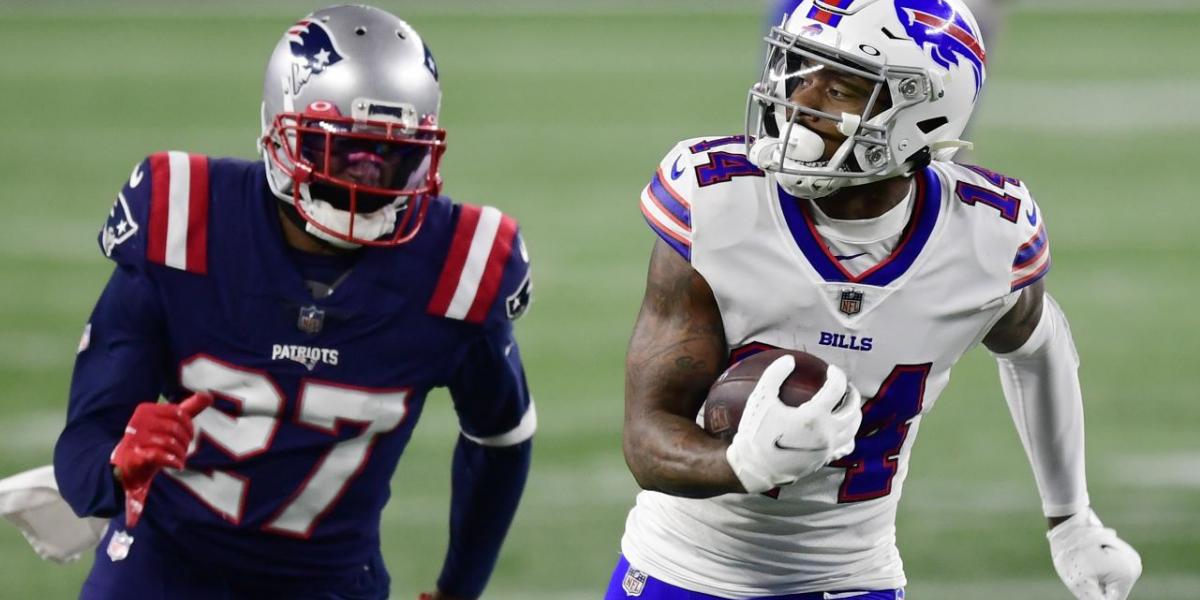 NFL playoff props are starting to pop, and we’re kicking off the first-ever Super Wildcard Weekend with a look at one of our favorite props from Bills Patriots on Saturday night.

Bills WR Stefon Diggs hasn’t had a monster season compared to his 1,500-yard breakout last year,  but the volume is still there. We think there is plenty of value on his receiving prop to open the playoffs, and that’s where we’ll kick things off.

Our NFL props hit 60% in the regular season and are clicking along at 62% in NBA — join us here to get all our premium props alerted to your device!

Look, obviously this is a tough matchup against a good defense in a game with a relatively low total (44), one that is likely to be played in cold, possibly snowy conditions.

Still, this number is just too low for Diggs — as low a number you’ll ever see for him and one that he’s getting to more often than not. 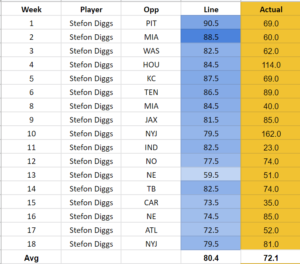 In his second matchup against the Pats, he got a line of 74.5 and got there easily.

The narrative goes that Bill Belichik always shuts down the other team’s best weapon, but that hasn’t been the case for Diggs. Sure, he fell short in white-out conditions, but he’s easily hit this number in all three other games against New England since arriving in Buffalo.

In fact, the Pats have been a favorite matchup for Diggs, who’s averaging 93.3 yards in four games against them, even including the wind game, more than 10 yards more than his average against other teams. 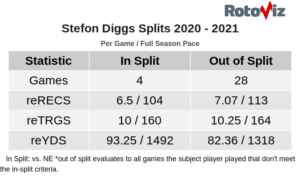 One thing we often see in the late in the year and into the playoffs is that teams will trim their target tree as the games get more important.

The Bills have been force-feeding Diggs a little more down the stretch run this year as the games grow in importance, and they also did the same thing in the playoffs last year.

While there is some inclement weather expected n Buffalo, it won’t be anything like the wind game these teams played in Week 13 where Diggs fell short.

Diggs is their best skill-position player, and I expect him to be a key part of the game plan. He’s just good at the game, and all considered, this number is surprisingly short.