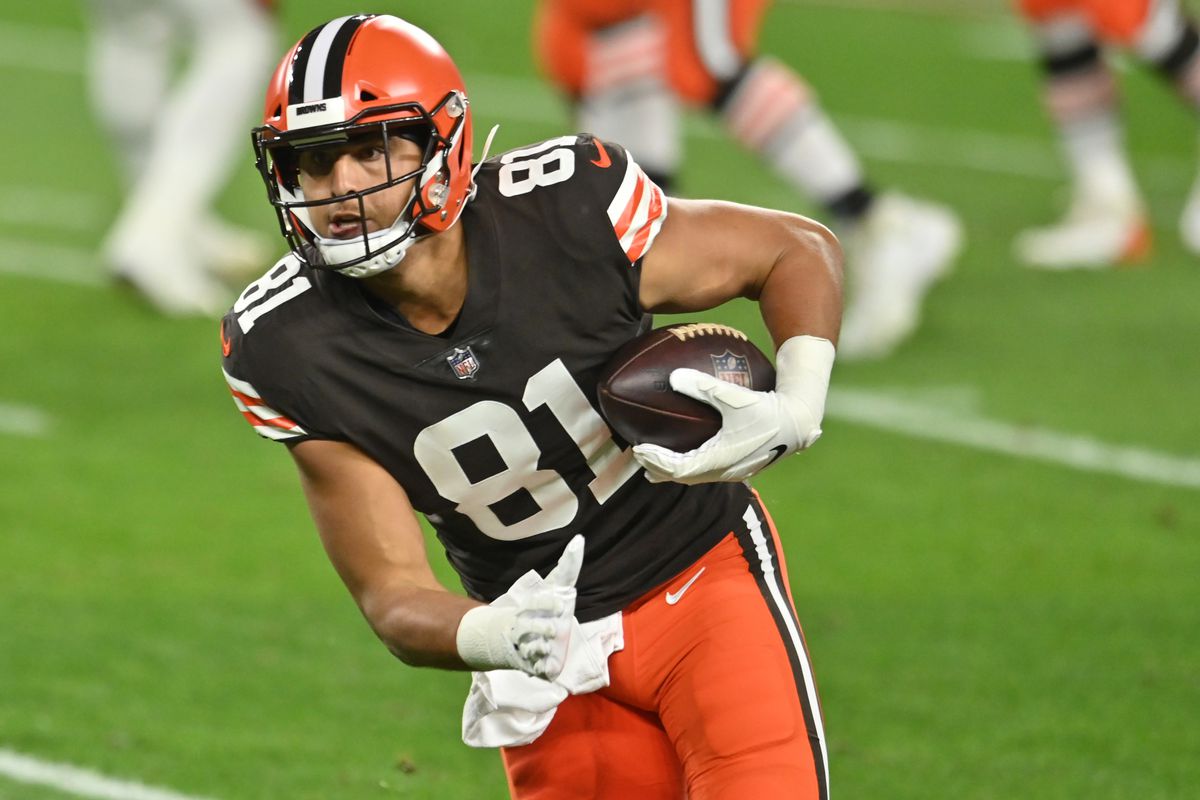 The Cleveland Browns head in to their Sunday night tilt against the Baltimore Ravens with offensive issues to resolve. Their struggles though are our opportunities in the prop market, where we’ve found a strong edge on one of our favorite SNF Props for Browns Ravens.

With Odell Beckham Jr. in Los Angeles, Donovon Peoples-Jones questionable, and Jarvis Landry also banged up, pass-catchers are at a premium in Ohio. While the Browns rush at the second-highest rate in the NFL (48.2%), somebody still has to catch Baker Mayfield‘s targets.

We’ve found that somebody.

Since OBJ got cut and DPJ got hurt, Hooper has seen a consistent increase in targets:

Predictably, Hooper has turned those increased targets into more receptions. He’s hit over 2.5 receptions in three of his last four games. 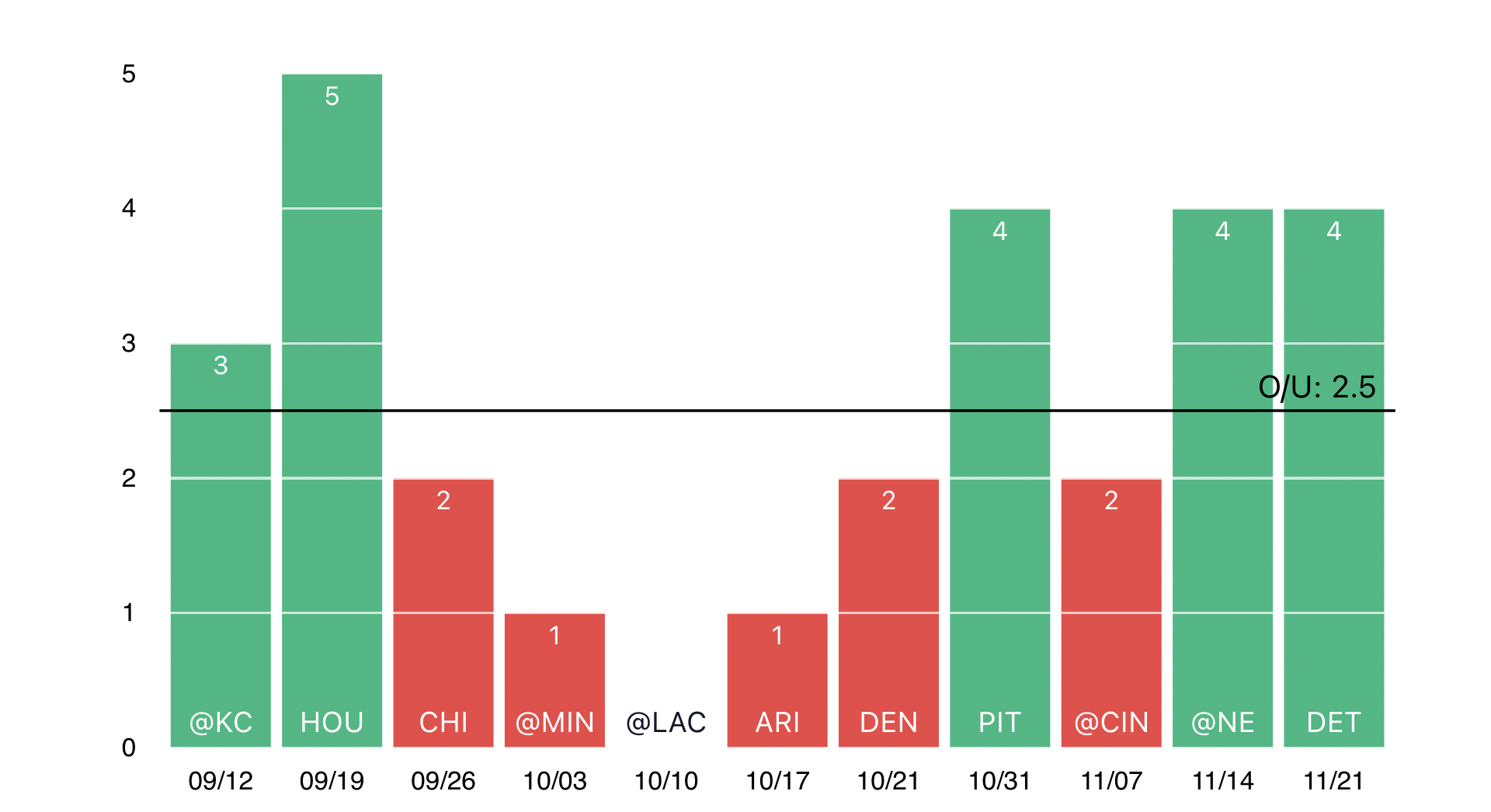 With the continued uncertainty at the wide receiver position, Mayfield should lean even more on Hooper. Somebody named Ja’Marcus Bradley ran the second-most routes at wideout for Cleveland last week, which tells you everything you need to know. While it’s looking like DPJ may play tonight, Hooper should still be a big part of the game plan.

With the volume increase, Hooper’s reception total already has some value. When you incorporate Baltimore’s defensive stats though, the play looks even stronger.

Even ignoring the fact that Baltimore currently has seven defensive players on the injury list, including four starters, the Ravens already weren’t playing great defense.

That’s especially true against tight ends. Baltimore allows the sixth most pass attempts per game (6.8) and third most yards per game (68.2) to TEs. Baltimore ranks 16th in defensive passing DVOA against the position.

On the season, Baltimore has allowed eight of the 12 tight ends faced go over their receptions total. Most recently, that includes:

If Mayfield wants to look Hooper’s way, he should be wide open on Sunday Night, and projections from our friends at Run The Sims agree. 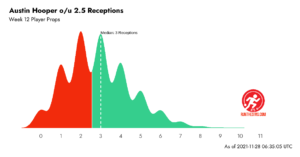 Our research and the projection market points towards Hooper going over his receptions total on Sunday Night. We’re seeing his line still widely available at 2.5 receptions at plus-money though. That line oozes value and is a must play for this SNF slate.

So, bet this prop ASAP. And after this free play cashes, consider Joining us to get full prop slates for NFL, NBA, PGA, & more alerted to your device.