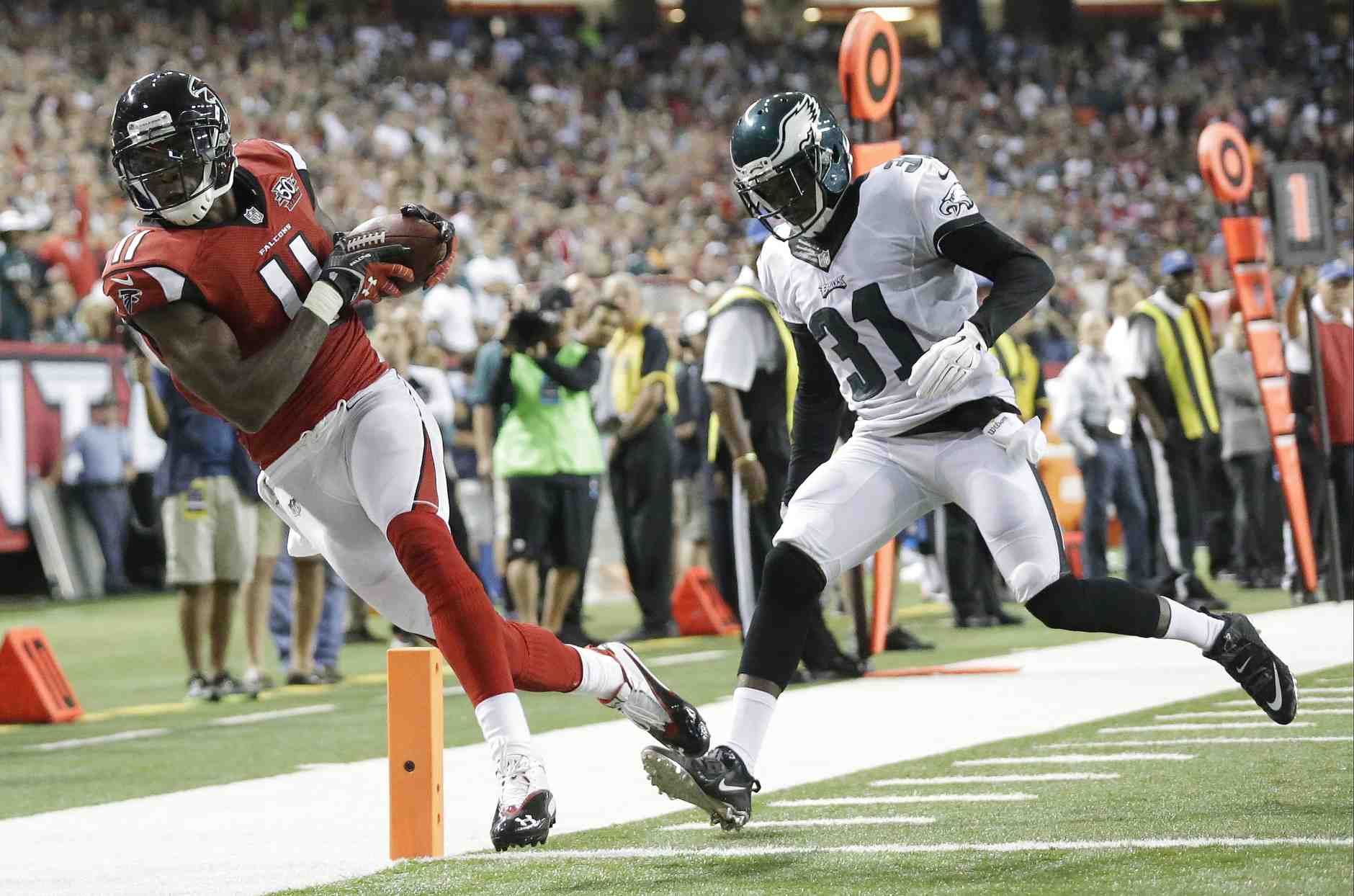 The best Falcons Eagles props highlight the most productive WR in the game in the incomparable Julio Jones, who's averaged 1,593 receiving yards - almost 100 yards per game - over his last four seasons.

Huge chunks of that have come against Philadelphia, and tonight's 51-point total sets the stage for another monster night, as we're about to get in to.

We'll break down his receiving line, and like we did on Thursday night when we went a perfect 3-0 on picks and leans, we’ll give you two of our best leans to go along with this official play on Jones.

Before we get the best Falcons Eagles props, a reminder that we hit on 65% of our plays in Week 1, including this 3-0 WR card on Sunday, and we’re helping to build our subscribers’ bankrolls. Join us for as little as $5 a week.

There are maybe one or two occasions in the course of a season where I'll consider taking on over any number north of 90, and Julio Jones versus the Eagles secondary is one of them.

It's a perfect storm of poor personnel and an apparent desire to let the perrenial All Pro run free. Jones will mostly be covered by CB Rasul Douglas who gives away both size (220 vs 209 lbs) and speed (4.39 vs 4.59 40-time). The Eagles also haven't doubled and pressed him like one would assume any sane defensive coordinator would do.

That's led to some monster lines from Jones, including 10 catches for 169 yards on 19 targets in Week 1 last year. He's been targeted 35 times in their last two meetings.

Since 2012, Jones has averaged 6.48 receptions and 97.2 yards against every other team -- good, but not as good as when the Eagles come to town.

Rookie Terry McLaurin, whom we like again this week, put up 125 yards in his debut against this secondary last week, and it could have been more had Case Keenum not missed an open McLaurin for a 60-yard TD bomb.

Leans are unofficial plays for people who want a little more action on primetime games. I’ve bet these personally, but don’t have sufficient confidence to make them official plays.

They should remain +EV regardless -- our primetime leans have gone 5-0 on the season so far.