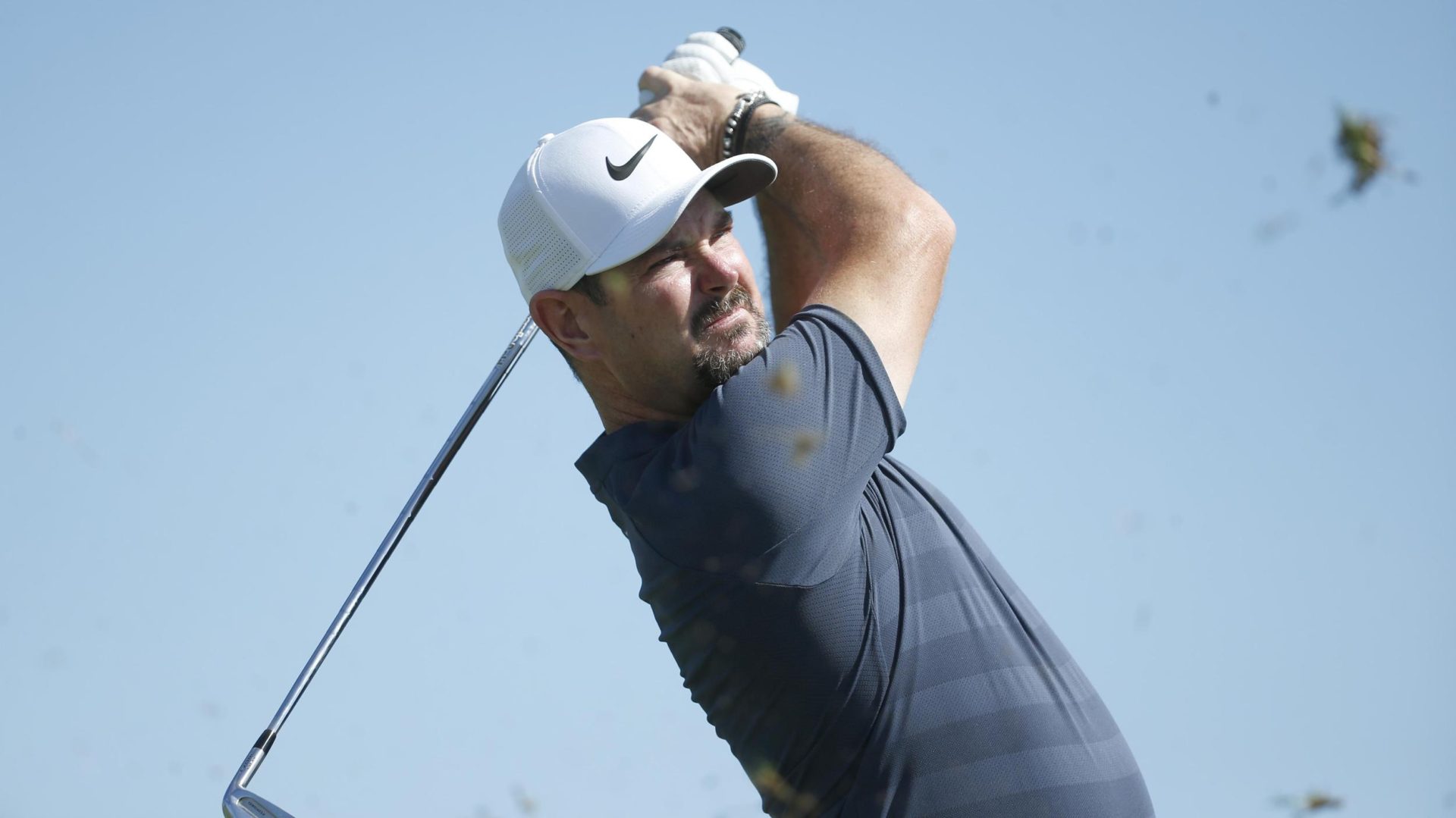 On the heels of a thrilling PGA Championship, the Tour heads cross-country for the final event of the regular season, and we’re breaking down our Wyndham Championship picks with a look at our favorite head-to-head PGA prop.

I release my full betting card in the Bet the Prop chat every week — join us here.

Sedgefield Country Club has played host to this event every year since 2008 — it was also held here from 1938-1976. The track for the Wyndham Championship is a Par 70 course that plays right around 7,130 yards.

BetOnline has a matchup between Rory Sabbatini (-108) and Doc Redman (-112) that is showing some value from my simulator.

And the Sim Says…. 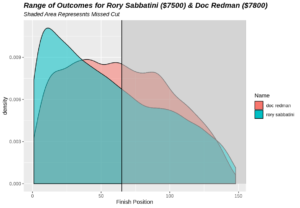 Here’s how to read the graph above — after running 5,000 simulations, these are the range of outcomes for both players, showing how often they finish at each position. In this case, the high-end of Sabbatini’s outcomes are far superior to Redman’s.

Per my PRK Score, Sabbatini is expected to be about 0.35 strokes/round better than Redman on an average course, making his fair price closer to -133.

Tale of the Tape

When the pair have played the same event, Sabbatini holds an 11-8-3 record against Redman.

That record would push the fair odds closer to -138 in favor of Sabbatini. He lost it a bit off the tee last week, but his irons were sharp as he gained strokes on approach in three of four rounds. His putter let him down on the weekend, or he could’ve posted a better finish than his T66.

I would play Sabbatini all the way down to -115 if the line were to move.

And if you’re a PGA DFS player, be sure to check out my breakdown of the event from a fantasy perspective over at RotoViz.