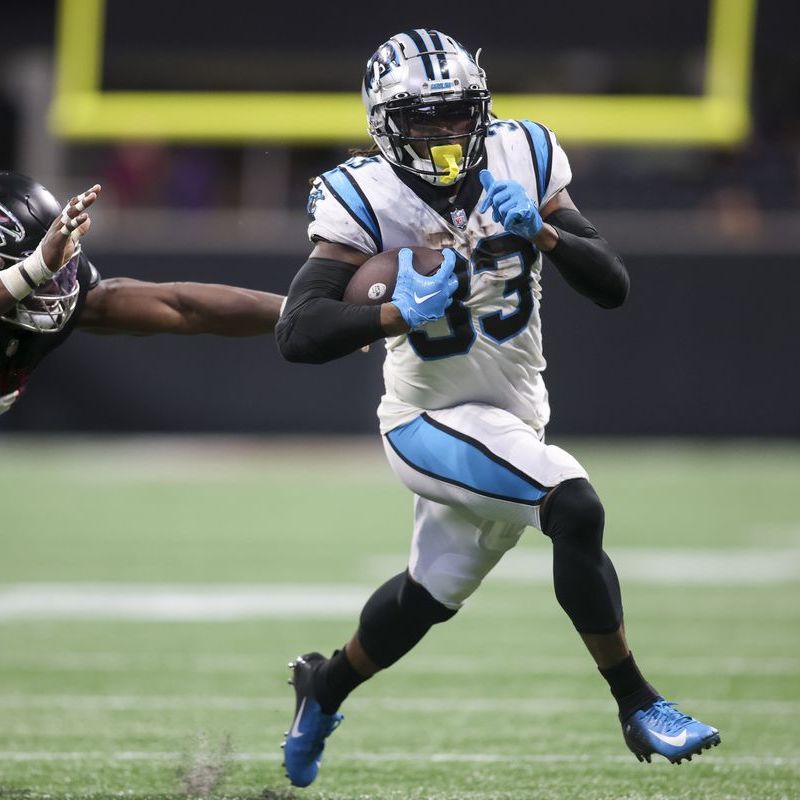 As Christmas quickly approaches, so does plenty of football. The NFL was nice enough to give us all the Christmas gifts of 14 games spread across Christmas Day and Christmas Eve. So, we’re locking in on one of our favorite NFL Props for Week 16 during tomorrow’s Christmas Eve slate.

The Carolina Panthers are hosting the Detroit Lions — kickoff is at 1:00 ET. Both squads are in playoff contention and badly need a win on Saturday to stay alive. Carolina hopes to remain within one game of the Tampa Bay Buccaneers as they try to capture the incredibly weak NFC South. Meanwhile, Detroit is on a tear and is emerging as the favorite to secure the NFC’s final Wild Card spot.

The Lions’ rushing defense has been a massive reason for their recent success, and this may cause serious problems for Carolina’s D’Onta Foreman. The Panthers running back is fresh off of his worst game in months. And, with the game script potentially not on his side this week, we’re set up perfectly for a D’Onta Foreman fade.

D’Onta Foreman took over as the lead runner in Carolina’s backfield after the team traded Christian McCaffrey. He’s been productive for the Panthers, but he’s also been incredibly “boom-or-bust” on a weekly basis.

In addition to his inconsistencies, Foreman is also losing touches to his teammate, Chuba Hubbard. Foreman’s snap share has fallen in back-to-back games. And, with Detroit entering as favorites, Foreman could see a smaller slice of the backfield pie again this week.

After a 1-6 start to the 2022 campaign, the Detroit Lions have flipped the script. They’re 6-1 in their last seven games, and their run defense has been excellent during this stretch.

The Lions are conceding the 11th fewest rushing yards per game during these seven games. And, over Detroit’s last five games, here’s where they rank against the run:

Over the last month, the 7-7 Lions have limited rushing volume and efficiency. And, it’s certainly shown up in the box score for every running back that’s faced them.

This lack of volume and production doesn’t bode well for Foreman, who has relied on large volume to succeed.

Carolina’s de facto RB1 has been wildly inconsistent in 2022. In just his last six games, he’s rushed for at least 70 yards in half of them. And, he’s been held below 25 yards in the other half.

The former Tennessee Titan has thrived in easy matchups. But, he’s struggled immensely against capable opponents.

Plus, Foreman played only 14 snaps last week, good for a disappointing 30% snap share. He and Chuba Hubbard are essentially in a dead-even split, as Foreman has outsnapped his teammate by a narrow 105-103 margin over Carolina’s last four games.

It’s going to be difficult for D’Onta Foreman to get going against a surprisingly stingy Detroit Lions rushing defense. There hasn’t been a single back to see more than 15 rushing attempts against the Lions in two months, and it’s unlikely Foreman is able to reach his rushing total on that type of volume this Saturday.

Enjoy playing the best of our NFL Props for Week 16 and Join us for the rest of the NFL season!