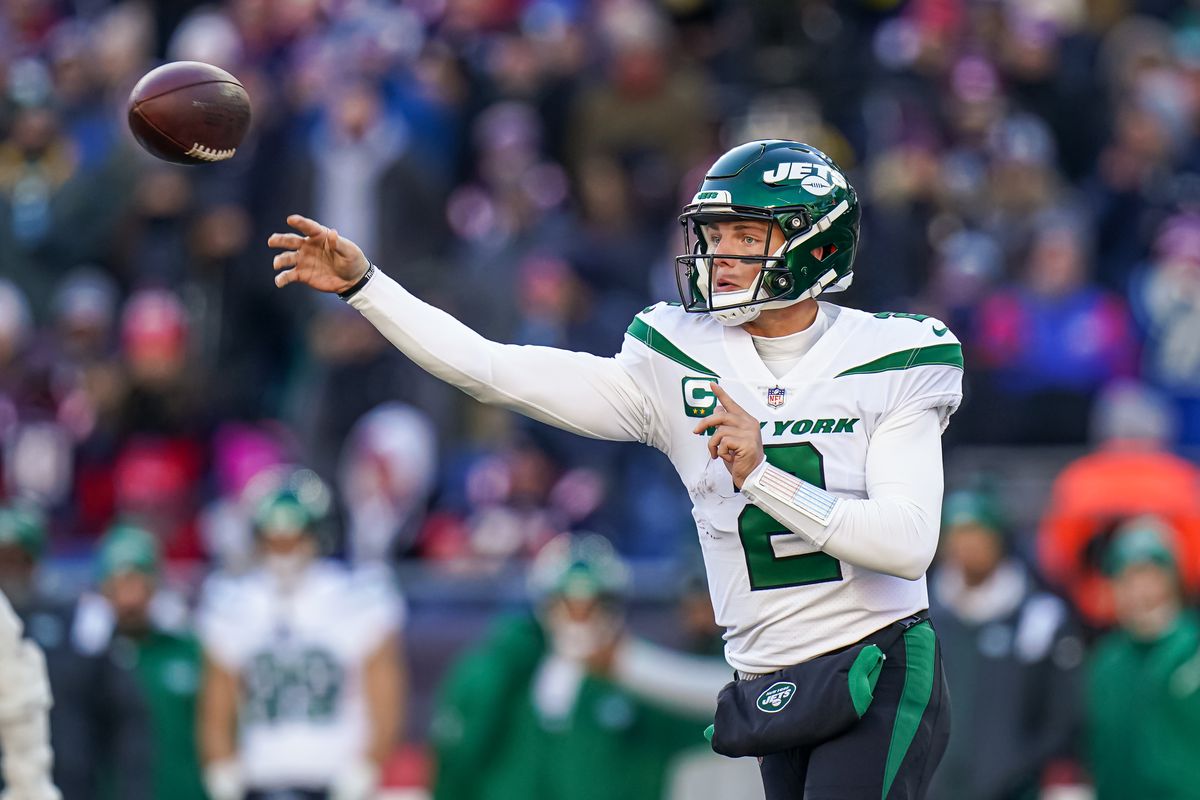 Wet and windy conditions are expected at MetLife Stadium tonight, and we’re breaking down one of our favorite TNF props from a game that looks like an under bettor’s dream.

Zach Wilson gets another start in place of Mike White. Wilson has been bad even when the conditions are good, so the struggle will be real tonight. Let’s jump in.

Our NFL team has been on fire the last two months, hitting 67% for a 21% ROI — join us here to get all our picks alerted to your device.

Line notes: We played this at U18.5 for our subscribers but still like it at this number down to -125.

Wilson has hit this number three times in his eight starts, but in two of those he hit just 18 completions — and he needed a huge number of attempts to get there (18/36 vs PIT, 18/35 vs DET).

His median number of pass attempts on the year is 25.5, and considering the conditions tonight, there’s no reason to think we see much more than a median output tonight.

An already bad weather forecast took a turn for the worse this morning.

The forecast has only trended more severe for tonights #TNFonPrime event where the @nyjets will host the @Jaguars in the first stage of Winter Storm #Elliot that will feature heavy rain and >20mph sustained winds with gusts upwards to 35mph. pic.twitter.com/wpftn1f7uV

There could be several inches of rain, which would make the field a muddy, boggy mess. Add to that 20mph sustained winds – the magic number where we really see winds starting to affect the passing game – and you’ve got a nightmare setup for one of the NFL’s least-accurate QBs.

Of all QBs with at least 200 dropbacks, Wilson’s -4.8% Completion Percentage Over Expected ranks second-worst, behind only Baker Mayfield.

Look for a conservative game plan from the Jets which limits Wilson’s dropbacks, and look for the wind to affect his passes when he does.

It could be more of the same on the other side of the ball. While the Jaguars passing attack has been flashing signs of life lately, this is not a spot to attack in the passing game, even without the poor weather conditions.

The Jets pass defense ranks second in Coverage Grade and third in Pass Rush Grade while allowing the third-lowest Yards per Attempt in the league.

Their run defense is good too, but not elite, so given the bad conditions it would make sense for the Jaguars to lean more on the running game this week, which should help shorten the game.

Anytime you have the chance to fade one of the league’s worst passers in 20mph winds at a reasonable number, you absolutely have to take it.