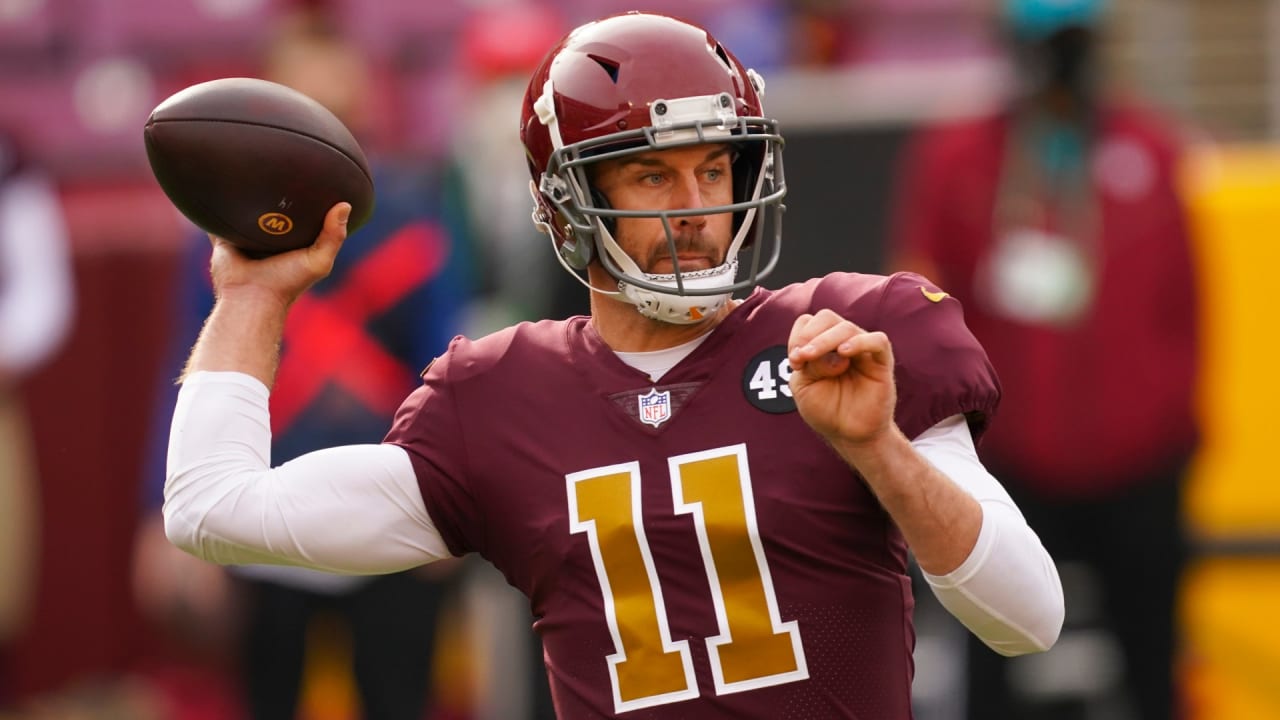 With Baltimore vs Pittsburgh postponed, all four teams playing today are under .500. The games themselves aren’t especially exciting, but that’s nothing a little bit of prop betting can’t fix – and we have a few spots with a thin edge, but an edge nonetheless to share with you,

Consider these plays leans for .5 units (0.5% of your betting bankroll).

Both Alex Smith and Andy Dalton have had their ups and downs this year, but the difference is that one of them faces a relatively stingy pass defense, while the other is facing one of the softest in the league.

Washington’s defense is allowing only 6.3 yards per pass attempt (fifth in the NFL); the Cowboys are giving up a generous 7.2 (22nd). We don’t have much of a sample size for either QB here, but Smith has topped the 300-yard mark in two of his three starts this year. 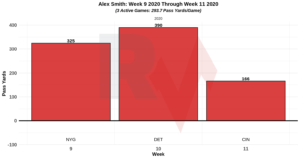 Dalton, on the other hand, has had 266 and 203 yards in his two starts. That’s enough for us to lean toward Smith on this one.

Logan Thomas‘ efficiency has been brutal, but he’s quietly getting consistent volume in the Washington aerial attack. His 5.5 yards per target is among the worst in the league, but he has yet to have a game with fewer than four targets while averaging 5.6. 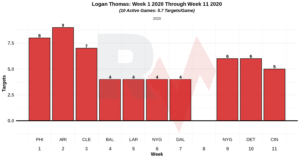 Against Dallas’ sieve of a defense, he should be able to manage at least 30 yards. He’s eclipsed this number exactly half of the time, and we’re banking on some positive regression against a poor pass defense to carry him past it in this one.

Michael Gallup has struggled since Dak Prescott‘s injury, only going over this number twice in the seven weeks since. Three of those starts came with Dalton under center, and the returns have not been good.

Gallup is averaging two receptions on 4.4 targets and 4.2 with Dalton, and on 7.6 targets from his other QBs. 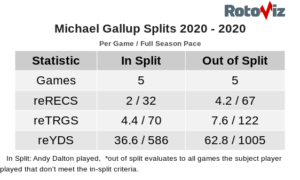 It’s the Amari Cooper and CeeDee Lamb show in Dallas – and it’s going to be even more difficult for Gallup to produce against a tough Washington pass defense.

Pass catchers facing the Football Team are 21-11 to the under on their receptions props.

We don’t like to force plays, but we don’t want you to go without a prop sweat for this Thanksgiving slate.

Be sure to check out our official play for the other game, and go light on these leans for a little entertainment.