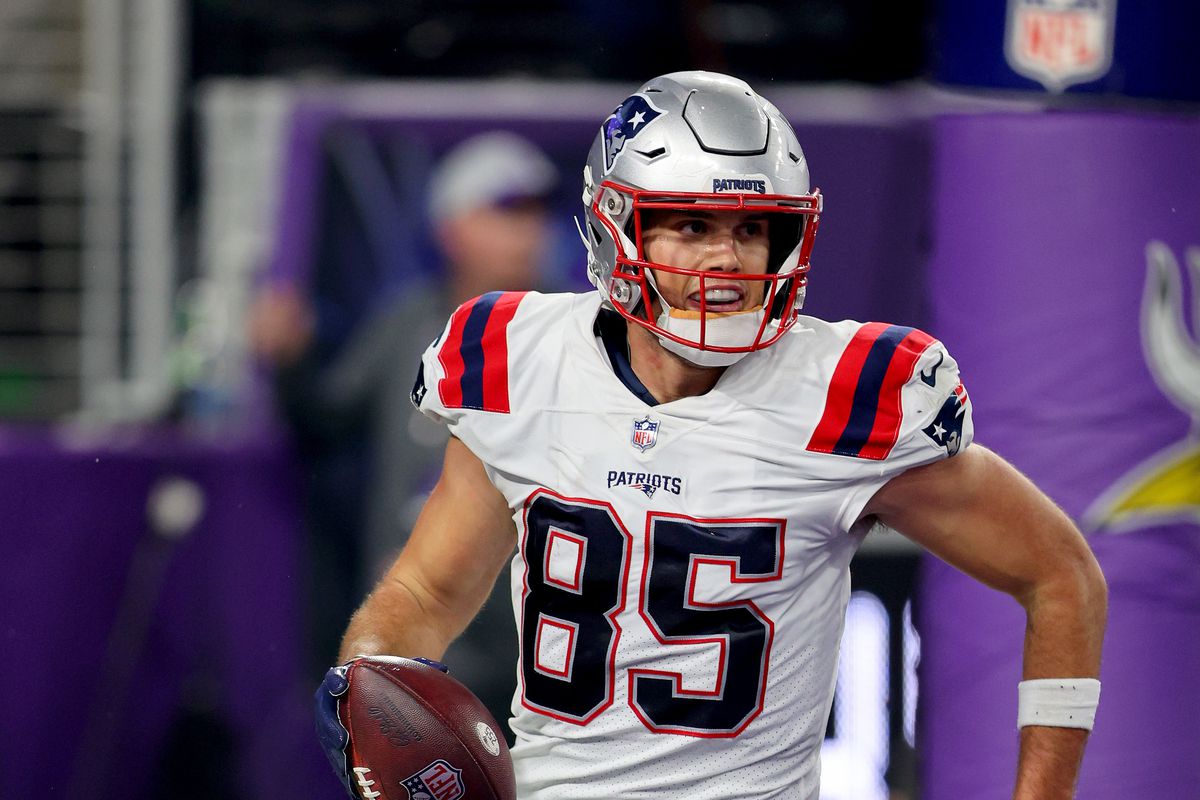 It’s an AFC East showdown on Thursday Night Football, and we’re breaking down one of our best props for Patriots Bills.

Will we see run-blocking Hunter Henry tonight, or the one who averaged almost 60 receptions in his final two seasons for the Chargers? It’s been more of the former this year so far, and we’re betting on that trend continuing tonight. Let’s jump in.

The markets have been extremely reactive to Henry’s output. Last week, the under on this line was priced at -200, so we’re getting a substantial discount this week on a line that should probably be priced at about -145 to -150.

He did record exactly three receptions last week, to be fair, but that was just the fourth time in 11 games that he’s hit that number. 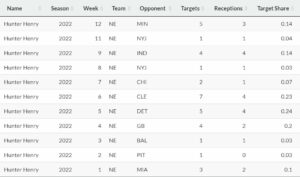 We generally know what Henry is this year. Under a new offensive coordinator, he’s being used more as a run-blocker than at any point in his career. He’s averaging 2.1 receptions and is on pace for 36 catches, which would be by far his lowest total since his rookie year back in 2016.

While it’s possible he’s used more as a receiver tonight in a potential shootout with the Bills, they absolutely owned him last year, holding him to 2 receptions on 10 targets over their two meetings.

It’s also possible that the Patriots believe their best chance of winning this game is to keep Josh Allen and company off the field. That would mean a lot of running and clock grinding, which means Henry is left in to block more, a possibility that just increased with OT Trent Brown being a late addition to the injury report.

The #Patriots had added OT Trent Brown to the injury report. He’s now questionable with an illness.

If this game turns into a shootout or the Pats fall behind big early, we’re likely in trouble. But the spread is just +4 and the total is 43.5, suggesting a relatively close, low-scoring game, and in that environment, this is a +EV bet.