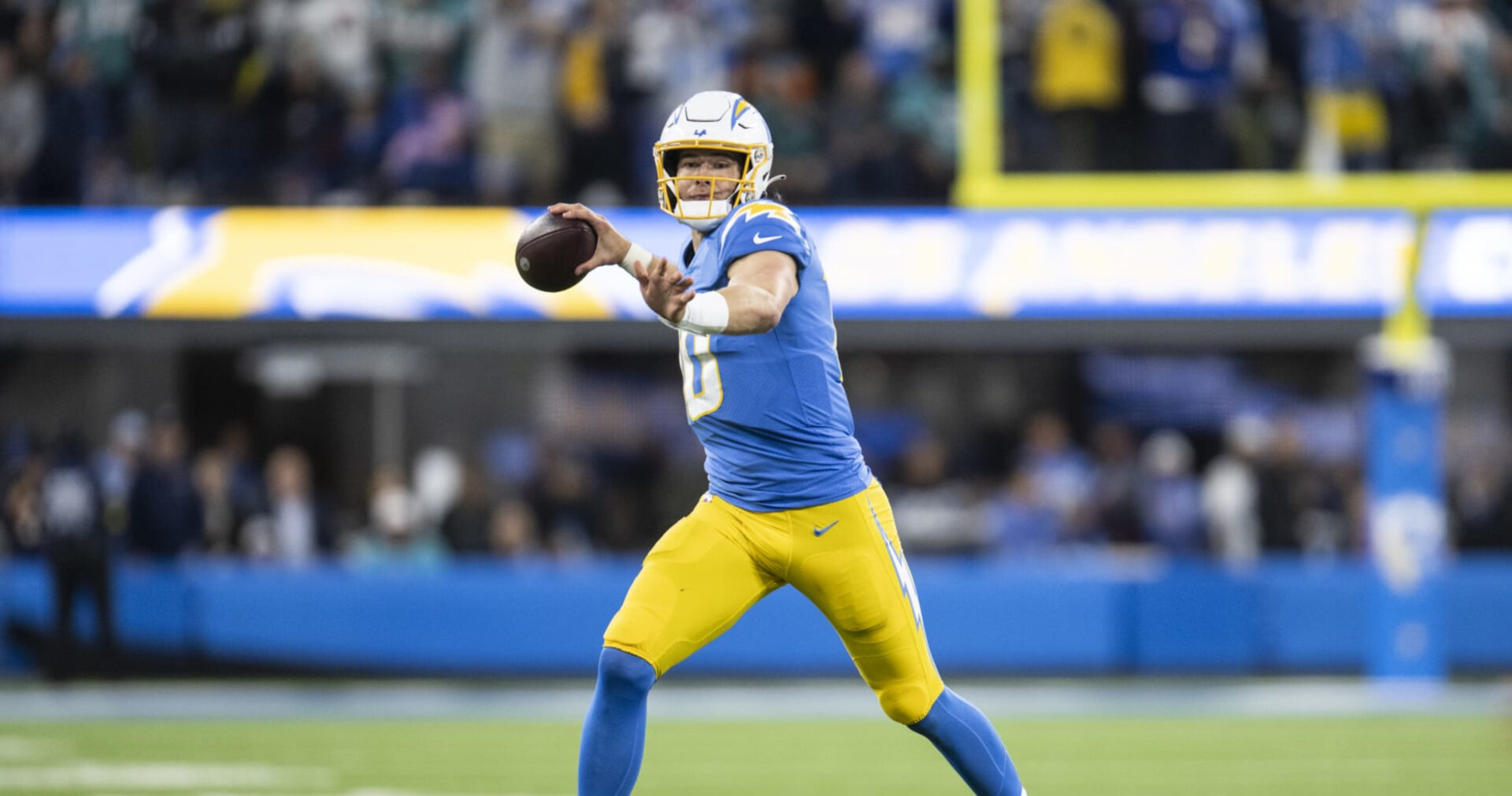 It’s time to dig into the strongest player prop trends for tonight’s Monday Night Football matchup between the Los Angeles Chargers and the Indianapolis Colts. We’ll take a closer look at the statistical trends and key matchups that are likely to impact the performance of various players in this game, including Justin Herbert, Mike Williams, Austin Ekeler, & more.

Our NFL props are on fire, hitting 67% over the last two months — join us here to get all the plays delivered to your device.

As always, these are not necessarily recommended plays, but we’ll attempt to provide some context to these numbers to help you make your decisions. Let’s jump in. 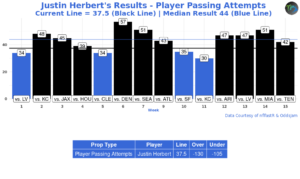 Regardless of the game script, injuries, or matchup, you can expect Justin Herbert to be slinging the ball.

He’s gone over tonight’s line of 37.5 Passing Attempts in 10-of-14 starts, with an impressive median result of 44.

He’s second among all QBs in total passing attempts, and the Chargers throw the ball 65% of the time, second-most in the league. 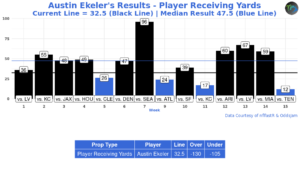 Austin Ekeler’s receiving output is closely correlated to Herbert’s impressive passing volume. He’s also hit his over on Receiving Yards in 10-of-14 games with a median result of 47.5 which is much bigger than his line tonight.

However, it’s worth noting that a lot of those big games came in spots where the Chargers were without their top two WRs, Keenan Allen and Mike Williams.

Both are active tonight, so this might not be the lock it looks like at first glance. 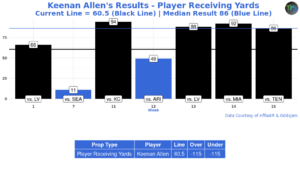 Speaking of Allen, he’s been getting there plenty when he has been active, going over his Receiving Yards Line of 60.5 tonight 71% of the time.

It’s a small sample, but the Allen Over looks like a good bet tonight at a relatively modest number. 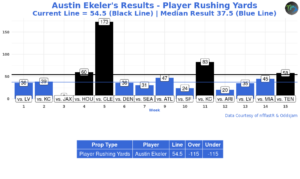 Back to Ekeler, who hasn’t been nearly as effective on the ground as he has been through the air.

Tonight he gets a matchup against a Colts run defense that ranks top-10 in EPA/rush allowed and Run Grade. 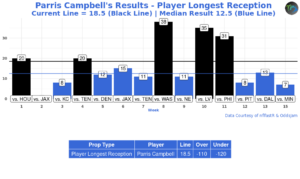 Let’s wrap things up with Parris Campbell, who doesn’t run as many deep routes as counterparts Michael Pittman and Alec Pierce.

As a result, he’s only going over his prop for Longest Reception 36% of the time this year, including unders in three-straight games.

These are always high-variance plays, but it’s one that is certainly worth a sprinkle considering his low aDOT and the fact that the Chargers are much more vulnerable on the ground.