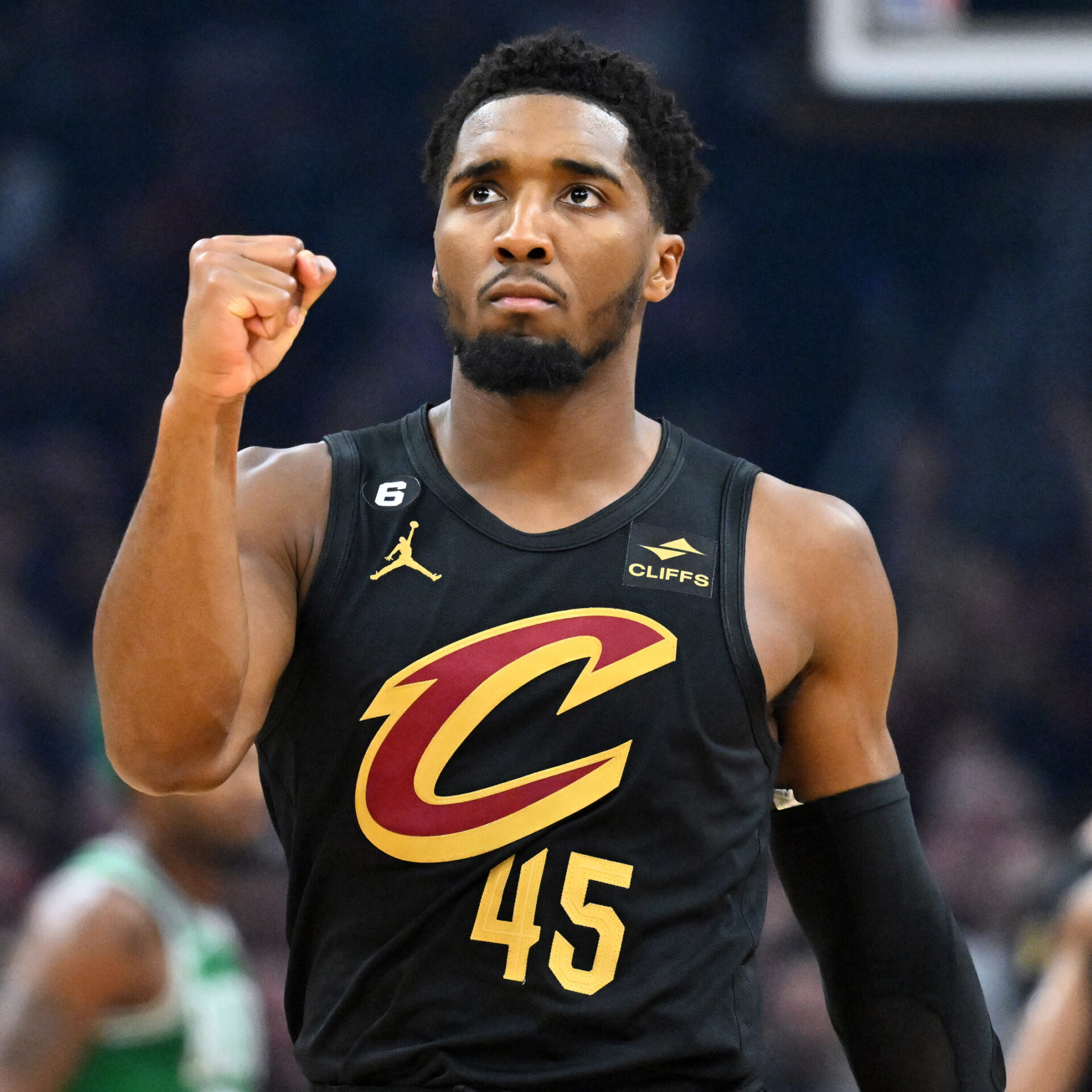 It seems like there’s a different NBA star dropping 40 or 50 points on a nightly basis. In fact, there are more high-level scorers than ever before. An NBA record 20 different players are scoring at least 25.0 points per game, and we’ll be targeting one of them as one of our top NBA props for Thursday night.

The Cleveland Cavaliers are visiting the Indiana Pacers — tipoff is at 7:00 ET. We’ll be locking in on Donovan Mitchell, who has enjoyed a career year in his Cleveland debut season thus far.

Mitchell and teammate Darius Garland tend to split the scoring load depending on the Cavaliers’ matchup. However, tonight’s game in Indianapolis projects as a perfect matchup for Donovan Mitchell and his potential scoring outlook.

Donovan Mitchell has scored a robust 28.5 points per game through his first 31 contests as a Cleveland Cavalier. And, this new career-best scoring total has been made possible by his career-best efficiency.

The three-time all-star has improved annually, nearly in a linear fashion. But, he’s made the biggest leap of his entire career through two-plus months of action this season. He’s posting career-best marks in FG%, 3PT%, 2PT%, EFG%, FT%, and TS%.

The best explanation for his sensational scoring is likely his fit next to Darius Garland. Garland is one of the best young playmakers in the league and has made Mitchell’s life a breeze. In tonight’s matchup with Indiana, Garland could easily help Mitchell take over the game.

The Indiana Pacers play at an extraordinarily fast pace. The Cavs rank dead last in Pace, whereas Indy ranks 5th. This should create more offensive possessions than we usually see in Cleveland’s games, which will result in more opportunities for Mitchell.

The former Utah guard has performed incredibly well in fast-paced matchups this year. And, it would be a surprise if that trend did not continue this evening.

In his 12 games against teams that play faster than the league-average pace, Mitchell is averaging 33.0 PPG. And, he’s notched 28-plus points in 10 of these 12 contests. If we narrowed the sample to teams that rank top 10 in Pace, his scoring average would increase to a ridiculous 34.4 PPG.

The Pacers have treated the 6-foot-1 guard quite well, too. He scored 41 points in their only meeting this season. And, he had plenty of success in this matchup during his time on the Jazz last season.

Additionally, Indiana is conceding the 3rd-most points to opposing two-guards this season. The Pacers’ collection of wings – Buddy Hield, Andrew Nembhard, Aaron Nesmith, and Bennedict Mathurin – doesn’t feature any fantastic defensive stoppers or anyone that can really hang with Mitchell.

Donovan Mitchell has recorded the 7th-most 30-point games in the NBA this season. And, tonight’s matchup should offer plenty of chances for the 26-year-old guard to prove why he belongs amongst the NBA’s elite scorers.

Mitchell has scored 28-plus points in 19 of 24 games when he’s taken at least 17 shots this season. He has a softer matchup than Darius Garland does, so I expect him to see around 20 field goal attempts in this one.

Enjoy playing our best NBA Props for Thursday and Join us for the rest of the NBA season!