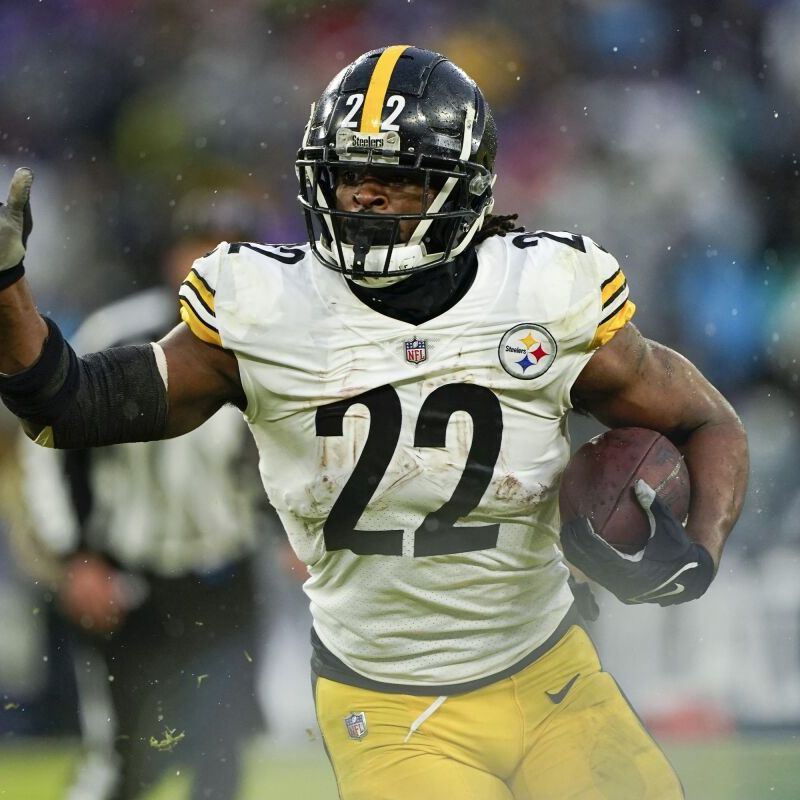 Before we know it, the NFL is going to be synonymous with the word “holiday.” After trying to own the airways on Thanksgiving, Christmas Eve, and Christmas, they’re not done. We have a 14-game New Year’s Day slate lined up for tomorrow. And, that means it’s only right we get 2023 started with one of our favorite NFL Props for Week 17.

The Pittsburgh Steelers are on the road to face the Baltimore Ravens — kickoff is at 8:20 ET. Pittsburgh is fighting to keep their playoff hopes alive as they get set for a classic AFC North battle on Sunday Night Football. We’ll be looking closely at how Pittsburgh’s run game will fare against one of the league’s best rushing defenses in this one.

Najee Harris has been hit-or-miss on a weekly basis this season. But, his success has largely been matchup-dependent. Harris has predictably struggled to get much going against the league’s best run defenses, and that’s exactly what he has to deal with this Sunday. The Pittsburgh running back will face an uphill battle to start the new year.

Najee Harris has had a disappointing 2022. Sure, Pittsburgh’s run-blocking and play-calling have been subpar. However, the 24-year-old has been remarkably inefficient with his opportunities.

Harris is posting a measly 3.7 yards per attempt this season. This marks a step down from his already-poor mark of 3.9 Yds/Att in 2021. He’s seen the 12th most rushing attempts per game in the NFL this season. But, he somehow ranks as low as 31st in rushing yards per game.

Harris may not be solely to blame, but Pittsburgh’s rushing offense ranks 26th in yards per rushing attempt. It’s going to be extraordinarily difficult to change this trajectory against Baltimore’s stifling run defense this Sunday.

Najee Harris has struggled the most against the league’s best rushing defenses this season. Of course, this is to be expected. But, his lack of production in these matchups is eye-opening.

The Steelers RB has played eight games against teams that rank in the top half of the league in Expected Points contributed by rushing defenses. He rushed for fewer than 55 yards in 6 of these 8 games.

Let’s take a look at how the Ravens rank against the run this season:

This is a unit that rivals San Francisco and Tennessee as the NFL’s best. And, that was apparent just three weeks ago when the Ravens held Najee Harris to just 33 yards on 12 carries.

On top of the brutal matchup, Harris has seen a smaller slice of the pie in Pittsburgh’s backfield this season.

In 2021, the first-round pick accounted for 86% of the Steelers’ RB rushing attempts. In 2022, his RB rush share has fallen to 72.5%. This is thanks to rookie Jaylen Warren, who is seeing around 30% of the snaps and the carries in this backfield.

Harris will likely need to see around 17-20 carries to be able to hit the 60-yard mark in such a tough matchup. But, with Pittsburgh entering as a road underdog, don’t count on a ton of rushing volume being there for Najee.

Najee Harris and the Steelers are facing familiar foes as they head to Baltimore to kick off the next calendar year. But, this is not a good matchup for Pittsburgh’s rushing attack. Don’t count on Najee starting the year strong on New Year’s Day.

Enjoy playing our favorite NFL Props for Week 17 and Join us for the rest of the NFL season!