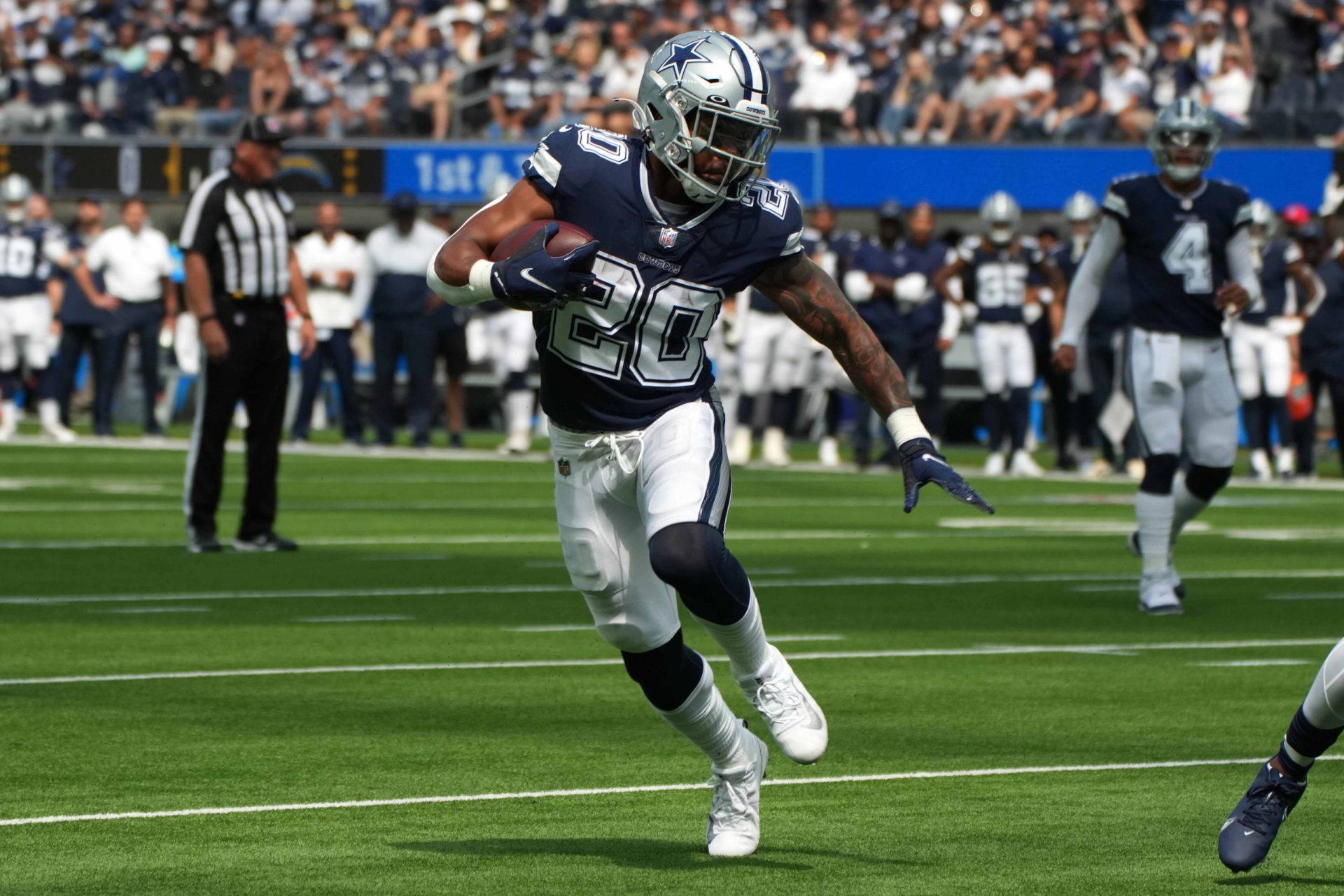 The NFL’s annual three-game Turkey Day slate lies ahead, and we’ve found some compelling angles on NFL Props for Thanksgiving.

Bet The Prop went 1-0 in the Buccaneers’ blowout win over the Giants on Monday Night, and we’re looking to keep it rolling on Thursday.

My Bet The Prop article plays are 13-8 so far this NFL season and I’m looking forward to delivering another win in tomorrow’s Cowboys-Raiders game. The Raiders are traveling to Dallas to face off at 4:30 PM ET.

More Props for Thanksgiving — Will Dak roast the Raiders?

Tony Pollard has been electric out of the Cowboys’ backfield all season long. He averages 6.3 yards per touch, which ranks third out of 39 players with at least 100 touches this season. Pollard trails only Cordarrelle Patterson and Jonathan Taylor, two of the NFL’s most explosive backfield threats in their own right.

This isn’t a fluke, however. Pollard belongs in this elite conversation. There’s a reason he plays almost 40% of Dallas’ offensive snaps every week despite sharing a locker room with Ezekiel Elliott. He’s one of the best playmakers in the league, and Dallas has made a committed effort to get him the ball in space.

The Cowboys have made it a point to feature Pollard as a receiver this season. 22% of his touches have come in the form of receptions, compared to just 17% for Ezekiel Elliott.

As shown below, Pollard has cleared this line with ease frequently, posting at least 20 receiving yards in seven of his ten games this season.

The former fourth-round draft pick has developed quite the rapport with star QB Dak Prescott recently. Pollard has at least 20 receiving yards in five consecutive games started by Dak, averaging an impressive 31.6 YPG in these games.

The Las Vegas Raiders have been tough against the pass this season. But, Vegas has a weak spot defending running backs in the passing game. They’ve allowed a running back to finish with at least 15 receiving yards in seven straight games, allowing nine different backs to reach that number during this stretch.

The Raiders are giving up the 11th-most catches per game and 13th-most receiving yards per game to RB’s, and this aspect of their defense can be exploited easily.

Plus, with Amari Cooper already ruled out and CeeDee Lamb‘s status in doubt, more looks could potentially be opened up for Pollard.

Tony Pollard is one of the most explosive running backs in the NFL and has developed a terrific connection with Dak Prescott. Pollard should be one of the focal points of the Cowboys’ offensive attack tomorrow and I expect him to make plenty of noise for the 7-3 Cowboys on Thanksgiving day.

Have fun playing some NFL props for Thanksgiving, and join us for the home stretch of the NFL season!