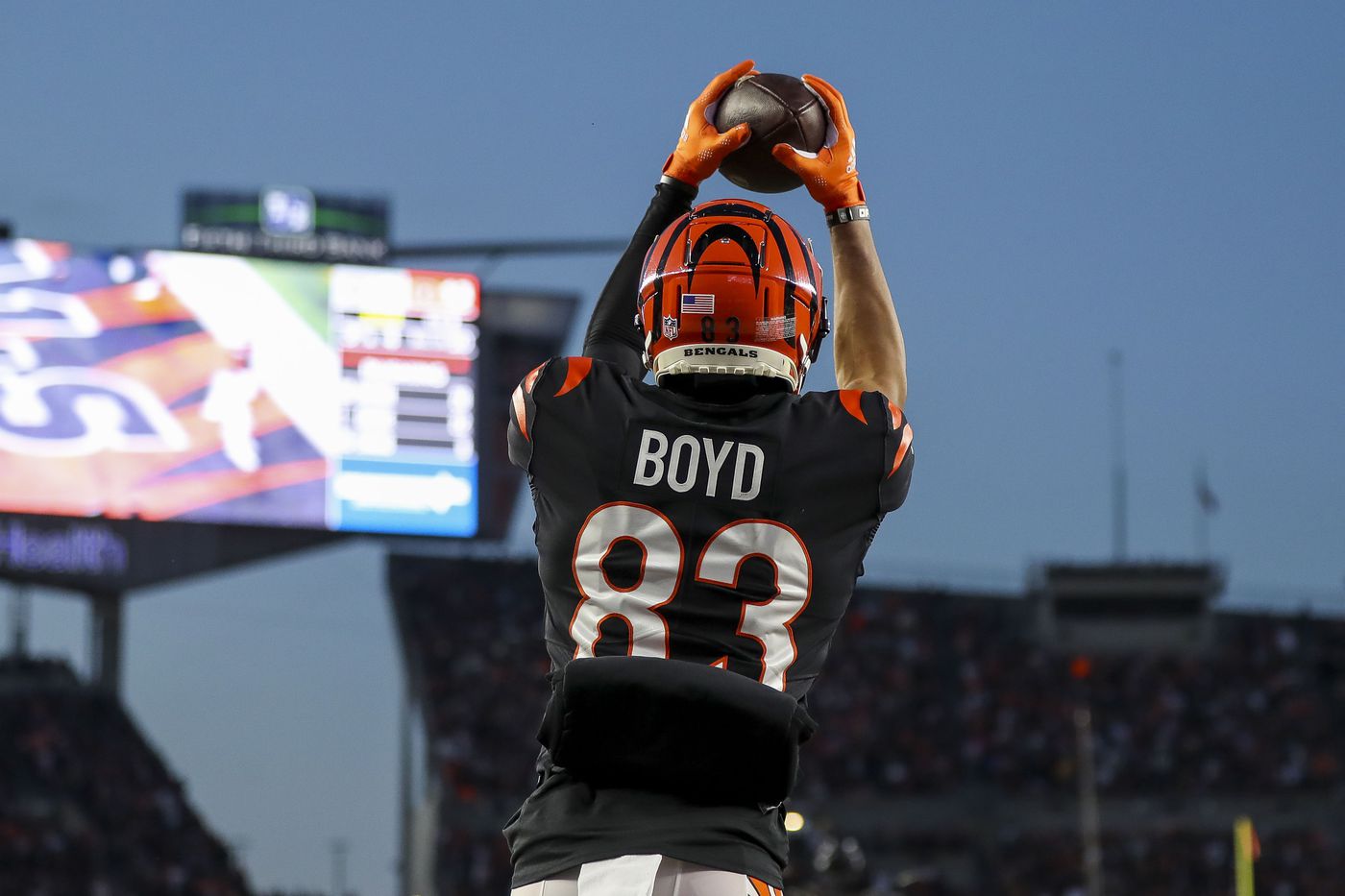 They saved the best for last in Week 17, with two of the league’s best teams going at it on Monday Night Football in what could be a potential shootout. We turn to Tyler Boyd as we break down one of our favorite MNF player props and look to stay hot on NFL props.

Boyd has been an afterthought of late and could fall even further down the pecking order tonight. Let’s jump into some reasons why, and how we’re playing it.

Our NFL service is red hot, hitting 66% over the last 10 weeks — join us here to get all our picks delivered to your device.

The Bengals are finally at full strength. Ja’Marr Chase, Tee Higgins, and TE Hayden Hurst have all missed time with various injuries this year, but they’ll all be active tonight, including Hurst, who’s missed the last three games.

Hurst’s presence in particular has the potential to hurt Boyd, who also runs most of his routes in the middle of the field.

Even without Hurst in the lineup, Boyd’s role has been on a downward trend lately, in part because of a gruesome injury. In Week 14, he suffered an ugly finger dislocation in which the bone came through his skin. In the two games since then, he’s toughed it out, but his snap counts notably were the lowest they’ve been all season. 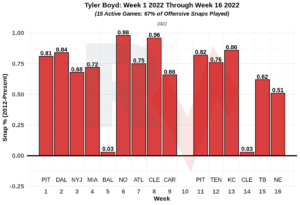 “I kind of went in shock,” Boyd said. “I never really had any major injuries, thank god, let alone being able to see a bone. So, it kind of threw me off.

He’s commanded just 3.9 targets per game since Week 12, down sharply from the 5.8 targets he drew in the first 11 weeks of the season. The yardage totals have also tumbled from an average of 61.1 to 26.4.

Boyd has even fallen behind RB2 Samajae Perine on the pecking order of late and only has two more targets than Joe Mixon.

With the return of Hurst to the lineup, Boyd might legitimately be the fifth or sixth option for Joe Burrow tonight, even before considering any lingering effects from the finger injury.

The potential for a shootout here is one notable negative on this play. It’s not an ideal game environment for unders.

However, with Hurst back in the lineup and Perine earning a bigger role in the passing game, combined with the injury, there are far more factors going against him.