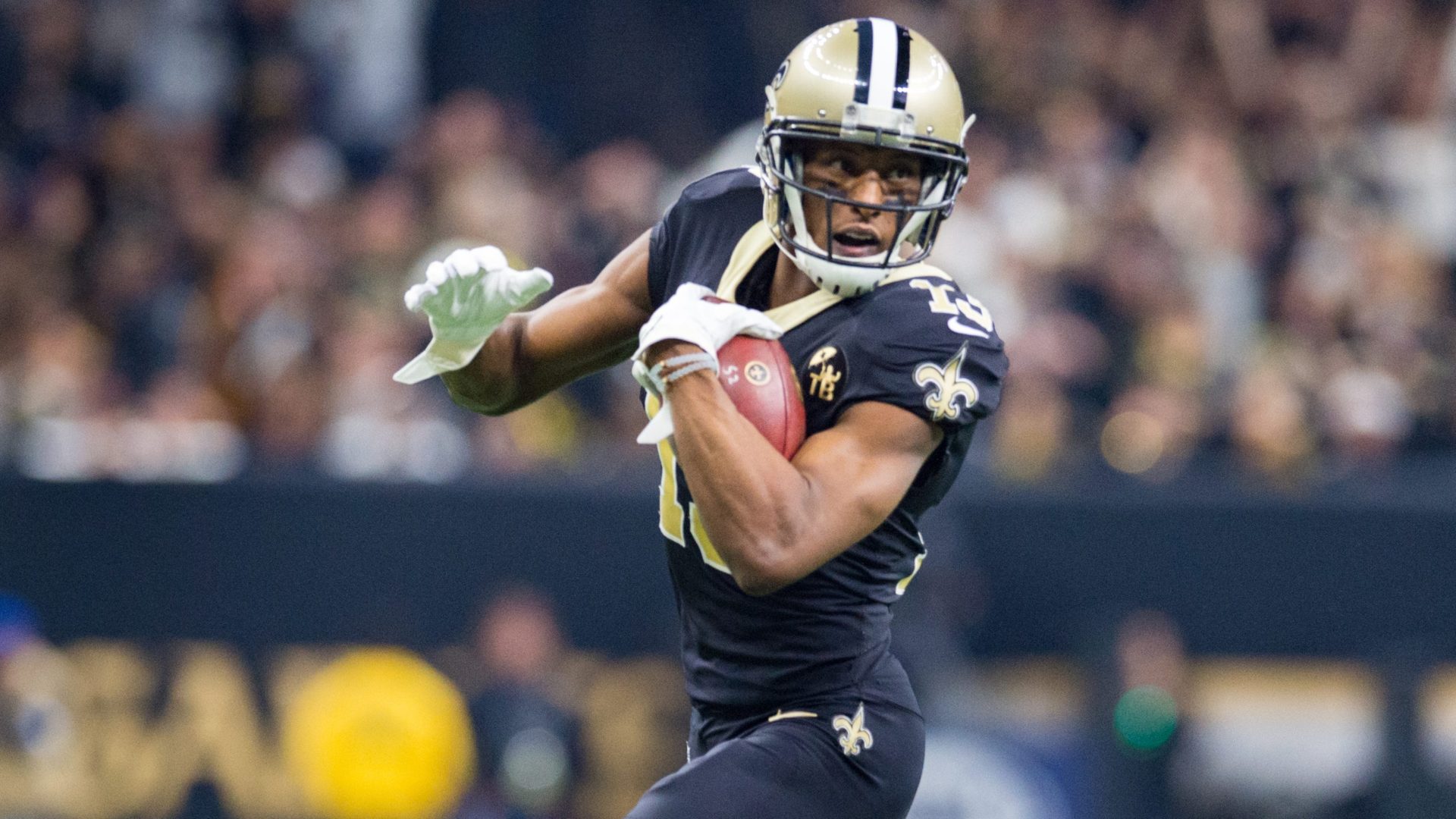 by Jeremy CohenSeptember 9, 2019April 23, 2021
After a beautiful opening Sunday where we got to watch football ten straight hours, it’s time to get back to work with a look at our favorite Texans Saints props. We’re in for a special treat tonight for the first Monday Night Football of the season as we get a nice two-game slate of Houston at New Orleans, followed by Denver at Oakland. You can check out of favorite props for that late game here. But let's take a deeper dive into the Texans Saints props, and more specifically, talk about Deshaun Watson and Michael Thomas. We went 12-6 on opening weekend, including 3-0 on this WR card, making for a profitable opening weekend. We’ll continue to give out free picks all season, but if want the full slate, you should really join us!

Thomas has been Brees’ go-to guy since entering the NFL, amassing 90+ catches and 1100+ yards in all three seasons, and his outlook doesn’t change tonight. He's set up for a career-high in slot rate this year with Ted Ginn and Tre’Quan Smith taking the top off the defenses on the outside. This is great news for Thomas, as he led the NFL in yards per route run (3.63 YPRR) out of the slot last year. Thomas and Brees have some pretty drastic home-road splits. At home, Brees averaged 25.71 completions on 33.71 attempts for 321.6 yards per game last year. But on the road, those numbers tumbled to 23 passes per game on 31.62 attempts for 217.62 yards per game. 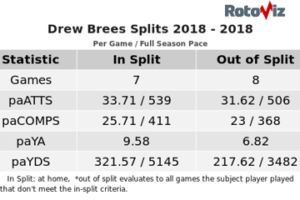 That's a 104-yard per-game discrepancy. The big difference is felt in efficiency -- his yards per attempt sits at an amazing 9.58 yards per attempt (YPA) at home compared to 6.82 YPA on the road. Brees also has averaged 351.8 passing yards per game over his past seven season openers. Given he's Brees' go-to guy, it's no surprise that Thomas has similar splits. 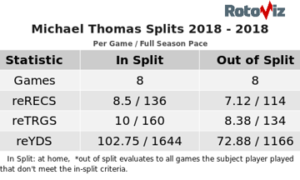 In the Superdome in New Orleans, Thomas feasted on secondaries, averaging 8.5 receptions per game on 10 targets for 102.75 yards. The Texans also let up the 13th receptions in the NFL to WRs last year which bodes well for Thomas, and they’re also missing three key players from last year’s defense - Jadeveon Clowney, Tyrann Mathieu, and Kareem Jackson. When he's lined up on the outside, Thomas will most likely be facing off against Bradley Roby -- he had a 58.6 PFF grade last year, which was 78th out of 94 CBs. Out of the slot, he gets to face Aaron Colvin who had a 53.3 PFF grade which was 88th out of 94 qualifying CBs. Projections also have him going for 7.3 and 8 receptions, which gives us plenty value on this 6.5 number. I’d play the over on the receptions prop up to 6.5 -140.