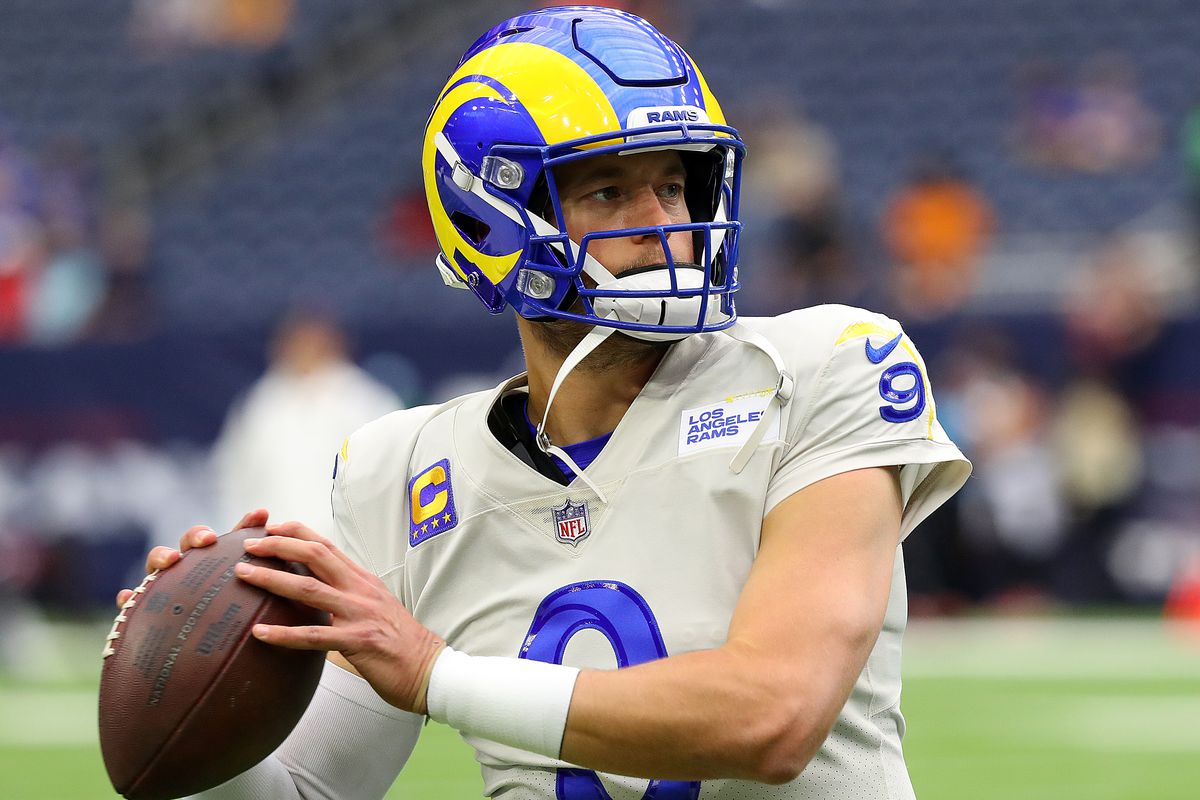 The best weekend of the football calendar is here. Football fans and bettors have four action-packed games to look forward to, and our team is is zeroing in on our favorite NFL Playoff props for Rams Buccaneers.

Matt Stafford has been inconsistent in his first season on the West Coast, but he’s compiled the counting stats. We’re backing him to have a big day against a pass-funneling Bucs defense.

Our NFL props hit 60% in the regular season and are clicking along at 62% in NBA — join us here to get all our premium props alerted to your device!

Let’s jump into our favorite prop for this Saturday afternoon playoff game.

We’ve all seen Stafford sling it, and there are more than a few reasons to believe he’ll go way over this number against Tampa Bay.

Let’s dig into the stats.

These two offenses love to play super fast, and as a result, the volume is high. Specifically in the passing game.

The Bucs and Rams are second and fourth in situation-neutral seconds per play. Both rank in the top-half of the league in passing play percentage (TB first; LAR 14th). We’re expecting a lot of plays to be run in this one.

And both QBs have been converting all these passing plays into yardage. Brady led the NFL in passing yards (5316) while Stafford was close behind him in third (4886).

But because both teams play fast and sling it — often with a lead — both pass defense have been worked this season. The Rams and Bucs allowed the 11th and 12th most passing yards in the NFL, respectively.

We can expect an up-tempo, aerial attack from both teams in this game. That type of situation bodes well for Stafford’s over.

Tampa allows a lot of passing yards. But that’s largely because the Bucs are a pass-funneling team. They’re rush defense is so good, you’re forced to pass the ball.

Tampa allowed the third-fewest rush yards in the NFL this season, the defensive line was fifth in Line Yards, and the team was fifth overall in rush EPA per play allowed.

As a result, TB has allowed opposing quarterbacks to go over their passing yards total 60% of the time this season. 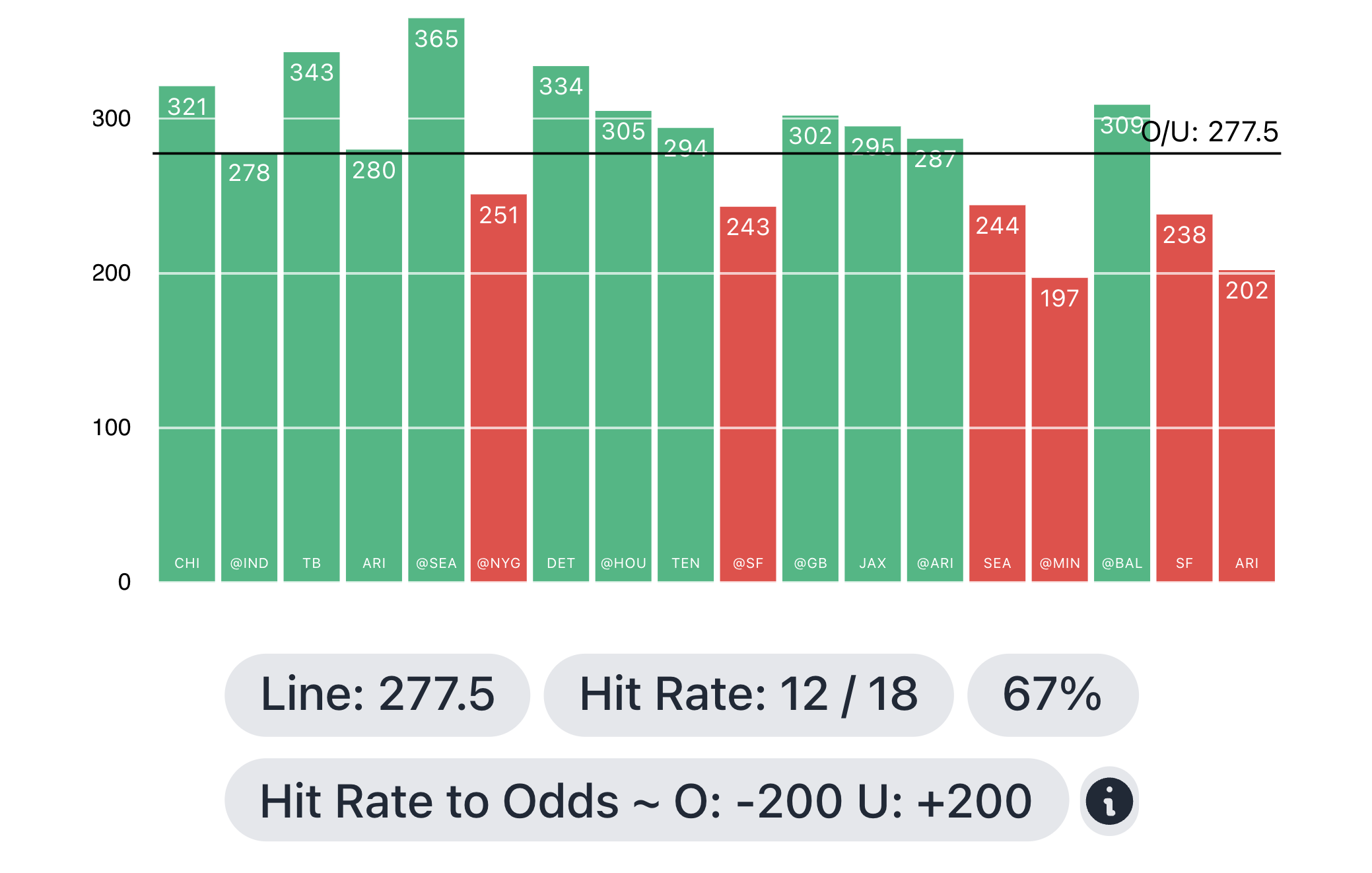 Stafford has not only been slinging in this season, he’s done well against Tampa Bay in particular. Stafford posted his second-highest passing total of the season in Week 3 against the Bucs. The veteran QB threw for 343 yards, cruising past his line of 309 in a 34-24 Rams victory.

Though Stafford has fallen off a bit in recent weeks, it’s primarily due to the surge in the Rams run game. With Sony Michel healthy and Cam Akers’ miraculous return, LA has been able to pound the rock, mostly on softer defenses.

Their Week 17 tilt against Baltimore’s stout rush defense is a good comparison for this game though. Stafford threw for 309 yards despite the team running just 54 plays in a game where they couldn’t get much going on the ground. Look for the Rams to again be forced to attack through the air.

The situation is set up perfectly for Stafford. Between Tampa’s defense and Byron Leftwich’s play-calling, both teams are going to be passing a lot in this game.

In a game that will feature a very pass-heavy script, take Stafford to cruise over a number he’s hit easily in less favorable situations.