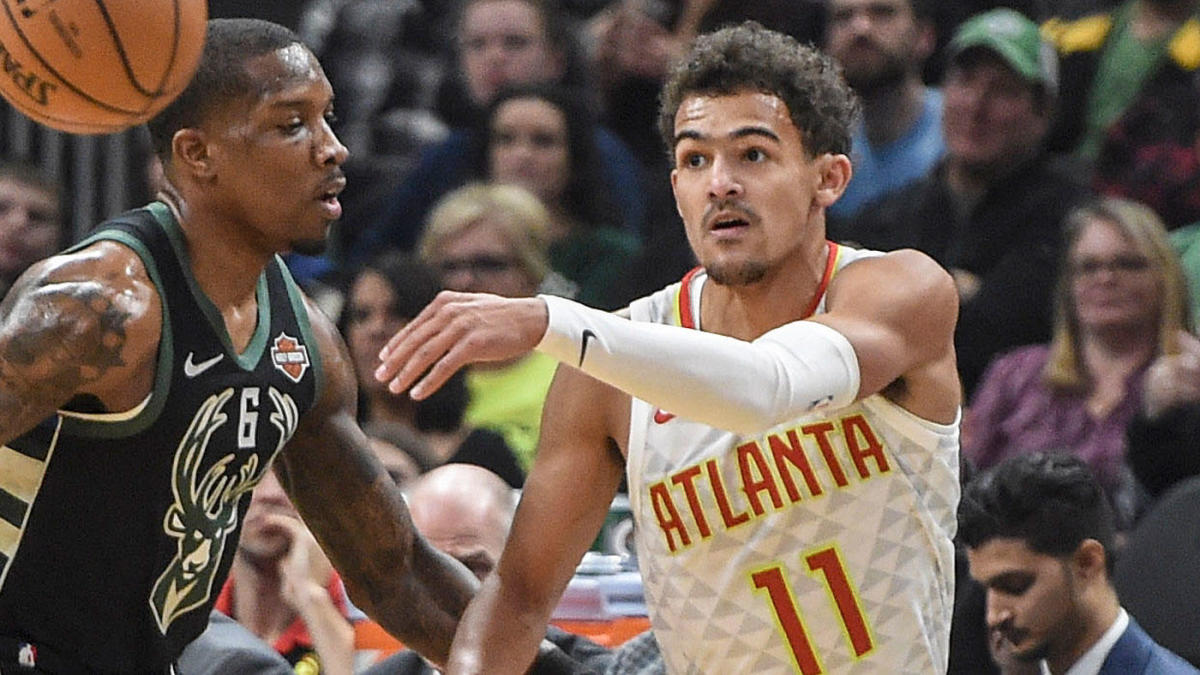 We have a loaded Wednesday NBA slate lined up this evening, and we’re bringing you two NBA props for tonight.

The Atlanta Hawks are visiting the Milwaukee Bucks  — tip-off is at 8:00 PM ET. Trae Young has been instrumental in Atlanta’s offensive success this season. The star guard is top-six in both points per game and assists per game while the Hawks have the NBA’s second-best offense. Tonight’s matchup with the Bucks should offer a fast-paced setting for Trae to rack up some big numbers.

Meanwhile, the Phoenix Suns will be headed east to face the Miami Heat — this one tips off at 7:30 PM ET. Although the Suns will be welcoming back Devin Booker in a primetime bout in Miami, there should be plenty of room for Cameron Payne to remain involved.

Trae Young ranks third in the NBA in assists per game this season, averaging exactly 9.4 APG for the second season in a row, and he’s picked up steam throughout the season.

Trae has at least 10 assists in 10 of his last 15 games, averaging 9.9 APG during this stretch. The fourth-year point guard is fresh off a 12-assist performance in a loss to the Pistons. And, tonight’s matchup offers a great opportunity for Trae to give us a lofty assist total.

The Bucks play at an extraordinarily fast pace, which means more possessions and more assist opportunities for Trae this evening. The Bucks rank 4th in Pace since January 1st and are on track to finish top-10 in pace for the fourth consecutive season.

Furthermore, Milwaukee is giving up the ninth-most APG this season and the sixth-most since January 1st.

Atlanta and Milwaukee combined for 235 points last meeting and tonight’s game carries a ridiculous over/under of 239.5. Expect a fast-paced shootout where Trae can showcase his terrific playmaking chops on the road.

Cameron Payne has played like a stud in the absence of Chris Paul. CP3 has been quite durable since arriving in Phoenix, only missing 11 games (including playoffs) since the start of the 2020-21 season. Payne suited up in seven of these games and performed admirably as the Suns’ starting point guard.

Payne has at least 8 assists in six of his seven games starting at the 1 for Phoenix since 2020-21. And, he’s averaging an incredible 9.7 APG across these contests.

Now, you may be concerned due to the return of Devin Booker to Phoenix’s lineup this evening, but we witnessed Payne shoulder the playmaking load despite Booker’s presence during the postseason last June.

Payne posted 9 APG on 13 potential assists per game in two games alongside Booker. And, these games came against a Clippers defense that was as stingy as the matchup that Miami will present tonight.

The former Chicago Bull is settling into his new role nicely and should continue to see ample playing time in a primary-distributor role for Phoenix tonight.

Trae Young and Cam Payne highlight our NBA Props for this evening’s slate, as the two guards look to drop create an assist frenzy in two incredibly important matchups.

Trae and the Hawks are looking to sweep the season series against the Bucks, while Payne and the NBA-leading Suns aim to take down the Heat in a primetime ESPN showdown.