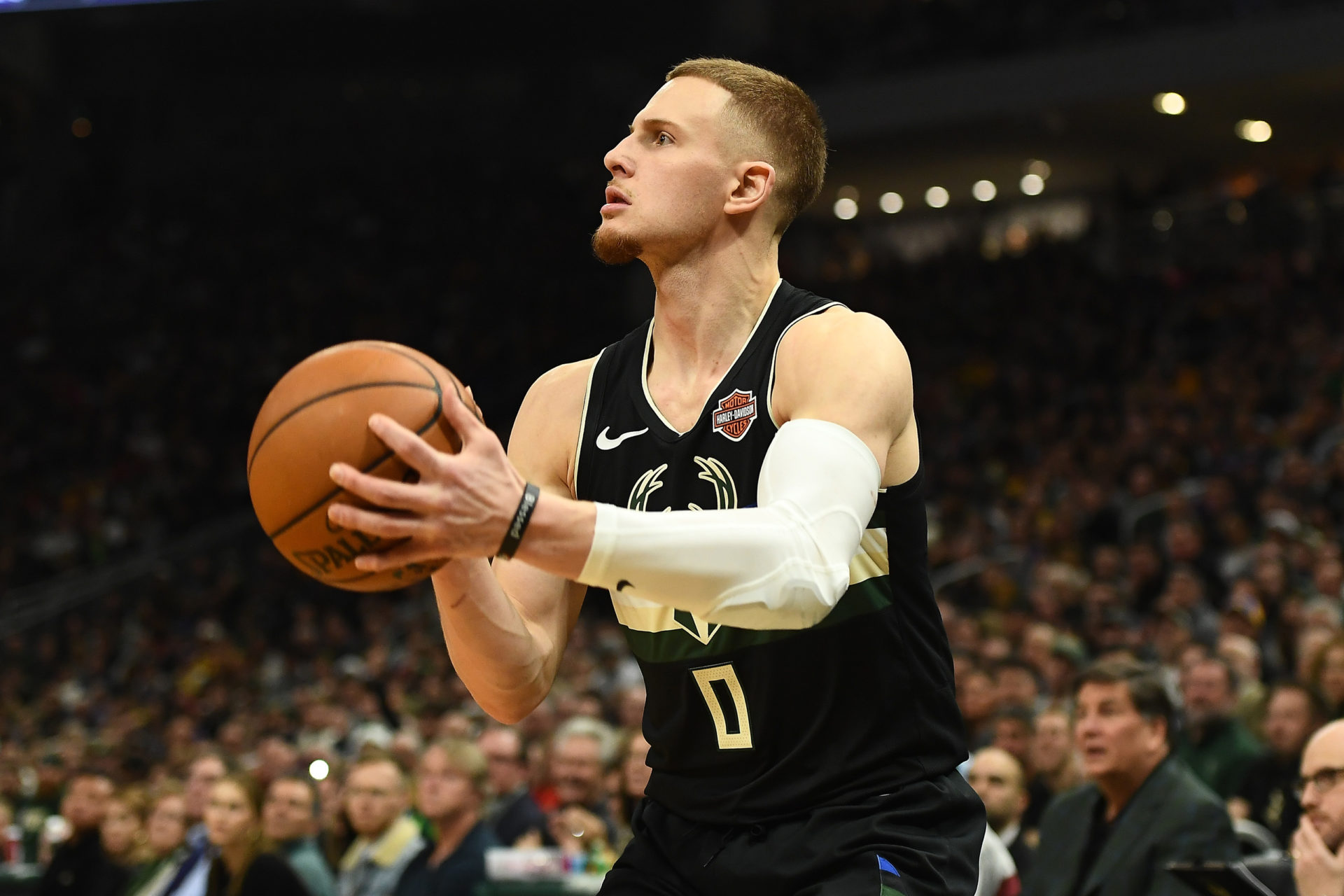 Our top free NBA prop tonight comes from an Eastern Conference showdown between two Central Division rivals. After an up-and-down start to his career, Divencenzo is thriving in his role as a jack of all trades.

Note: Over 26.5 PRA is also fine as an alternative if you don’t have access to RA lines.

DiVincenzo has quietly been a key cog for the Bucks this season, serving as a Swiss army knife who can chip in across multiple categories. He’s averaging career highs in minutes (27.1), rebounds (5.3), and assists (3.1). He’s also seen his RA averages increase every month:

The Bucks will be without reigning MVP Giannis Antetokounmpo who accounts for 18.1 combined rebounds and assists per game. DiVincenzo will be tasked with picking up a lot of the slack tonight as he stands to be one of the biggest beneficiaries of Giannis’ absence.

While the raw R+A stats don’t see a huge bump with Giannis off the court this year, his underlying usage jumps from 17.3% to 20.4%.

Even with Giannis active in the last four games, Divencenzo has still managed to eclipse this total, averaging 14.5 rebounds and assists while playing 32.5 minutes per game.

Donte will face a Pacers team that ranks 25th in rebounding percentage.

They also surrender 25.8 assists per game which is the 7th most in the league. Indy also plays relatively fast, ranked eighth in possessions per game which further bolsters this play as extra possessions lead to additional rebound and assist opportunities.

We can also find some support in the 232-point total in this game, which is the highest on tonight’s slate.

Donte is playing the best basketball of his career and is set up nicely to see an uptick in usage tonight while chipping in as both a playmaker and rebounder for the shorthanded Bucks.

I have him projected to finish with 13 total rebounds and assists.