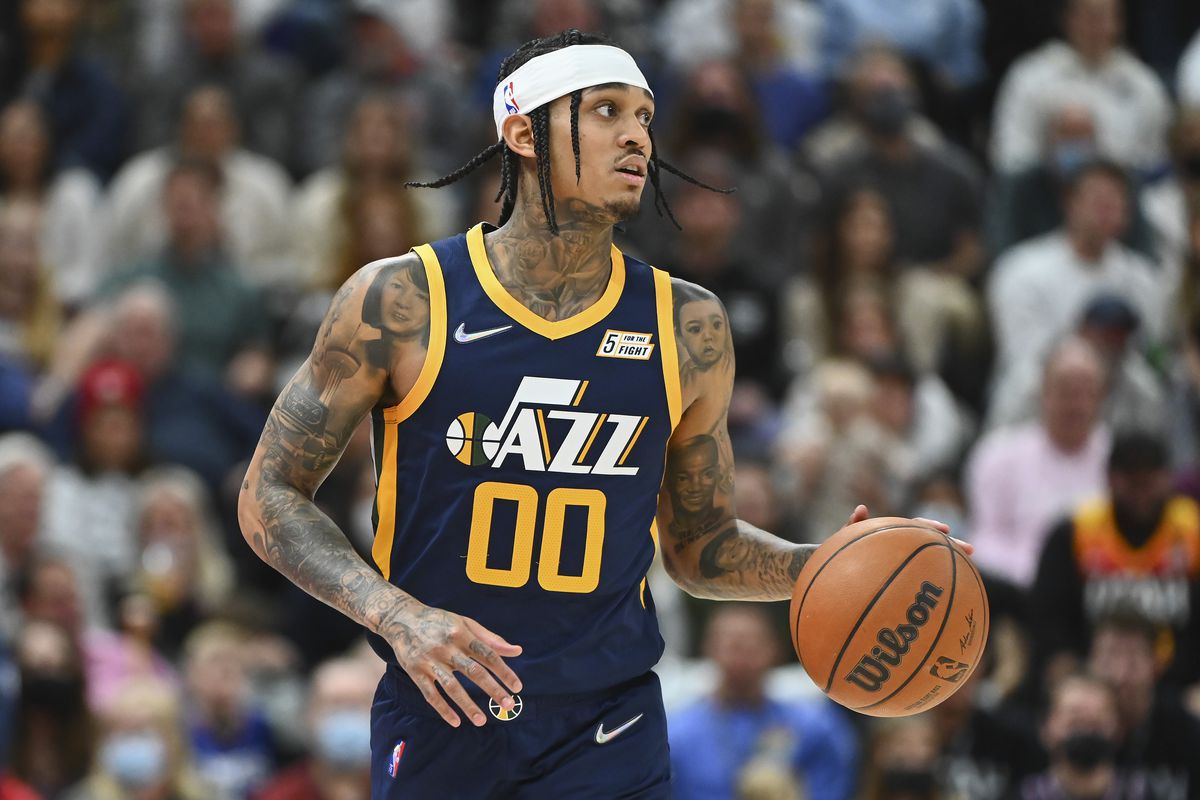 We have a huge Wednesday NBA slate this evening, which gives us a ton of angles on our NBA props for tonight.

The Utah Jazz are hosting the Houston Rockets  — tip-off is at 9:00 PM ET. The Jazz will be missing star guard Donovan Mitchell in this matchup, which could open the door for Jordan Clarkson to have a big night.

Meanwhile, the Los Angeles Lakers will be hosting the Indiana Pacers. This game tips off at 10:30 PM ET, as the Lakers attempt to pull out a win despite the shaky performance of Russell Westbrook.

I am 9-5 on NBA article plays with Bet The Prop this season, so let’s keep the wins coming tonight.

With Mitchell sidelined, we could all be witnesses to the Jordan Clarkson show tonight. Let’s dive into the plays!

Jordan Clarkson is as much of a “microwave” as anyone. He heats up in a hurry. He’s fresh off of a 2020-21 campaign that saw him win the 6th Man of the Year award. He scored 18.4 points per game in just under 27 minutes per game. The eighth-year guard specializes in scoring in bunches and should have even more opportunities to do so tonight.

Clarkson has played 23 games without Donovan Mitchell since joining the Utah Jazz two seasons ago. He’s averaging 22.9 PPG in these games. He’s also scored at least 20 points in 15 of these 23 games.

JC also sees a terrific increase in his usage without Mitchell. His shot attempts from two-point range and from three, along with his free throws, all shoot up without Utah’s superstar guard in the lineup. Here are Clarkson’s per-game numbers with and without Mitchell over the last two seasons:

The reigning 6th Man of the Year is getting to the line more than twice as much in Mitchell’s absence and is taking nearly five more shots per game. We can expect to see around 28-30 minutes of action for Clarkson tonight, which should give him ample opportunity to score 20 points against the hopeless Rockets.

The Houston Rockets have effectively been a turnstile against opposing guards this season. Houston is allowing 46.8 PPG just to guards in 2021-22, which ranks second-worst in the NBA. Only the Sacramento Kings have been worse against guards this season. Overall, the Rockets rank dead last in team defense, allowing 115.1 points per 100 possessions. Clarkson and the Jazz should have no issues scoring tonight.

The Rockets also play at the league’s fastest pace, compared to Utah’s 13th pace ranking. This is perfect for Clarkson, who should see even more shots in a game that projects to be faster than the Jazz are accustomed to.

Clarkson himself has tormented the Rockets over the last couple of seasons. He’s reached the 20-point mark in four of his last six games vs. Houston. And, he’s averaging 21.0 PPG across these six games. Look for a repeat performance against the lowly Rockets tonight.

The much-maligned Russell Westbrook has been at the heart of discussions surrounding the Lakers this season. His poor shooting and subpar defense have obviously contributed to the team’s struggles. And, as a result, he’s seeing fewer minutes and lower usage lately.

32.4% from the field and 11.1% from beyond the arc. Those are Westbrook’s shooting numbers in the month of January. He’s yet to put together a strong performance this month, averaging just 13.7 PPG and 5.4 APG in seven games in 2022.

The former MVP has failed to even reach the 7-assist mark in six of his seven games in January.

Lakers Head Coach Frank Vogel has taken note and is deploying Westbrook less later into games. He’s playing just 30.7 minutes per game this month, compared to 35.9 minutes per game before January 1st. He’s also seen his 2nd half minutes decrease from 16.9 per game to 13.7 in the same split.

Russ is being utilized as a primary playmaker far less in recent games, too. He’s seeing just 9.3 potential assists per game, which ranks 45th in the league this month. That’s a far cry from his 14.5 assist opportunities per game on the whole season, which ranks 8th overall.

Indiana’s stinginess can be attributed, in part, to their pace of play. Under new Head Coach Rick Carlisle, the Pacers rank 23rd in pace. The Lakers, on the other hand, play at the third-fastest pace. But, they can expect to be slowed down by Indiana tonight, which will limit Westbrook’s already dwindling playmaking opportunities.

Westbrook posted just 5 assists last time out against the Pacers and could struggle to fill up the box score again tonight.

Jordan Clarkson comes off the bench as a volume scorer like no other. With Utah’s top scoring option, Donovan Mitchell, on the shelf tonight, expect Clarkson to carry the scoring load whenever he’s on the court against a terrible Rockets defensive unit.

Russell Westbrook is nowhere near the superstar guard we’ve seen him be in years past. He’s adjusting to a new, less ball-dominant role in LA right now and it’s unlikely we see him with lofty assist numbers tonight.