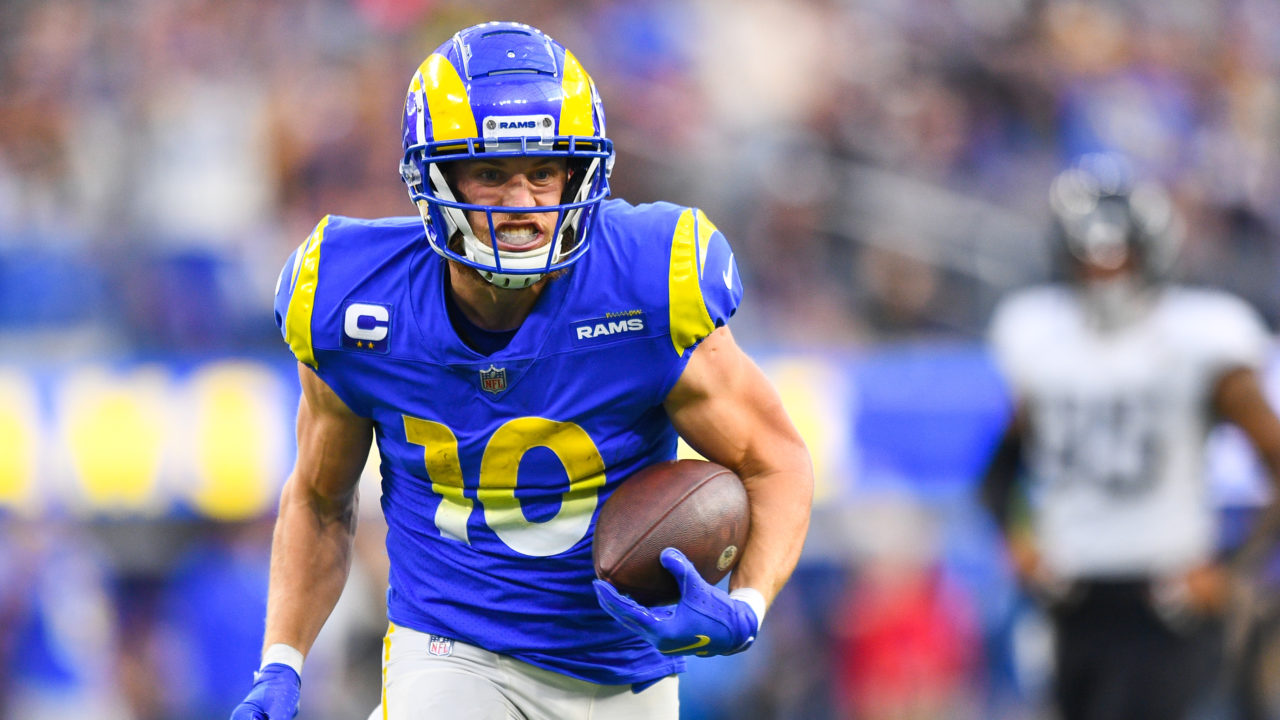 We’re looking for an easy cash on Cooper Kupp as we break down one of our best MNF Wildcard props for Rams Cardinals.

Kupp has been money on props this year, hitting the over on his closing receptions line 67% of the time, and we like his chances of building on that tonight at a number that is surprisingly low.

We’re hitting 60% on NFL props this year — Join us here to get full slates delivered to your device, including BTP’s NBA props, which are hitting 62%.

After all, his line has been set at either 8.5 or 9.5 in each of the last five weeks, so we’re getting a nice discount this week, and the results have been there.

Of the seven occasions he fell short of this mark, he recorded seven receptions five times. That demonstrates an extremely high floor and indicates that he’ll be at least flirting with this number regardless of game script.

That ability to stay involved regardless of game environment has played a huge part in propelling Kupp to the top of multiple WR rankings. He leads all WRs in:

Projections lend strong support to this play, with the average industry projection at 8.7 with a low of 8.3. 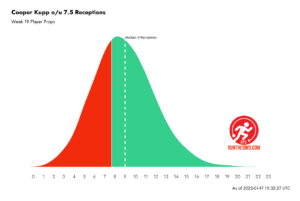 Kupp has certainly got there in projected game environments that look worse than this one. The point total of 49.5 is the second-highest on this weekend’s slate, and Kupp has been heavily featured in this matchup previously.

While he’s only 1-1 to this number in two meetings with Arizona this year, Kupp racked up an insane 28 targets in those two games.

Two of his three biggest target totals all year came against the Cardinals, and with a close, high-scoring game projected tonight with no weather to speak of, there’s no reason to think Kupp isn’t heavily featured once again.

We expected to get an 8.5 line here, and at 7.5, our hands are tied when it comes to the league’s most-targeted WR.