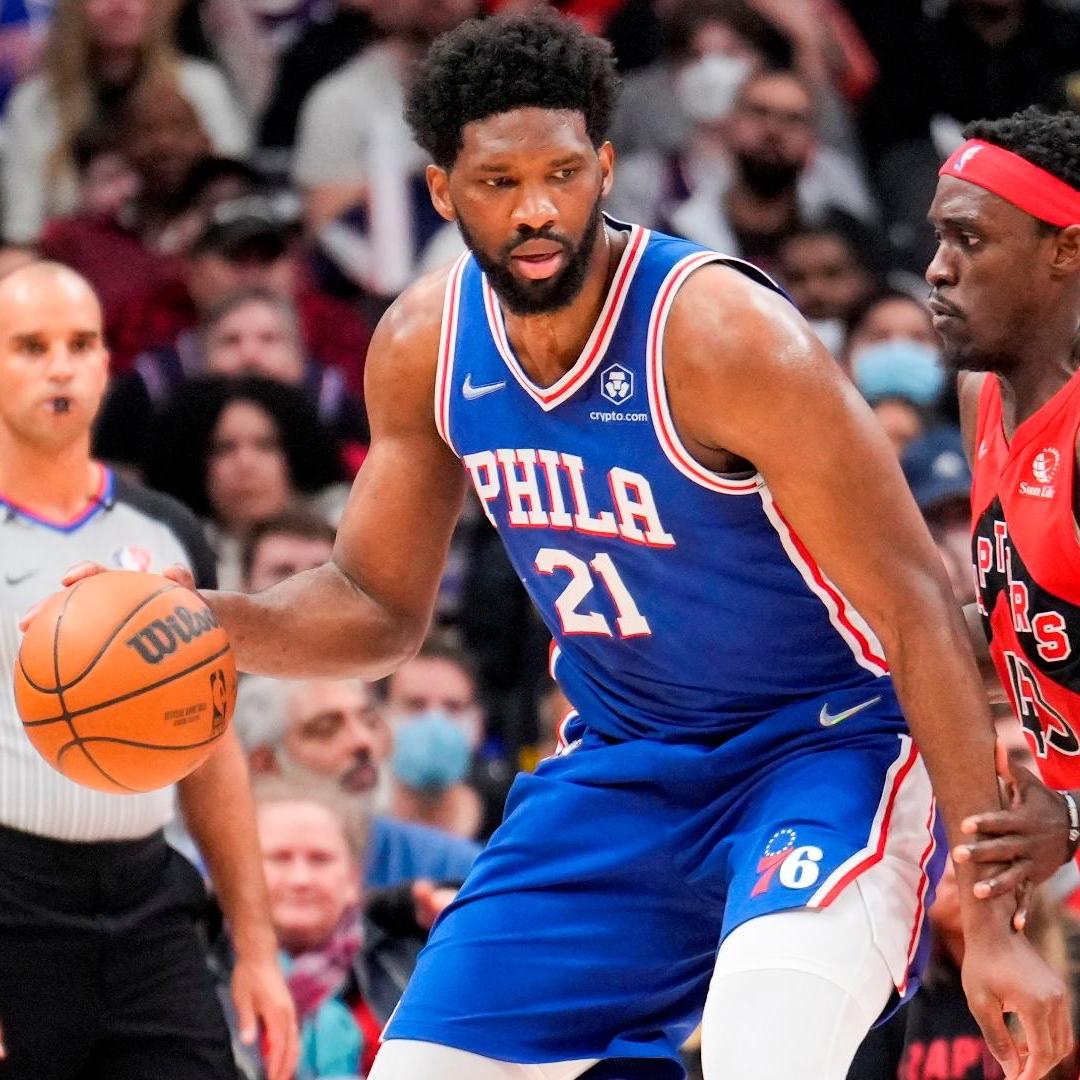 There are nine NBA games lined up tonight, and we’ve been digging for edges on the slate. We’ll be targeting one of the NBA’s best big men for one of our favorite NBA Props for Monday night’s action.

The Philadelphia 76ers are hosting the Toronto Raptors — tipoff is at 7:00 ET. These teams have faced off plenty of times in recent seasons, including a six-game playoff series just seven months ago.

Toronto matches up with Philadelphia star Joel Embiid better than any other team in the NBA. Between Toronto’s genius head coach, Nick Nurse, and several athletic forwards to throw at Embiid, the Raptors are well-equipped to handle the five-time all-star. Let’s jump into tonight’s pick!

I know. I know … Joel Embiid is difficult to fade, in any matchup. However, the Toronto Raptors have mastered their defense of the two-time MVP runner-up.

So, what makes this matchup such a big deal for Embiid?

Nick Nurse must secretly love facing Embiid. He gets to scheme up all kinds of double teams and traps that don’t make sense against normal centers. But, with each of Toronto’s top ten leaders in minutes per game measuring 6-foot-9 or shorter, they need to create chaos against the Sixers.

Aside from sending doubles at the Kansas product, Toronto brings the pace way down in these games. These two squads already play quite slowly, to begin with. Toronto is 25th in Pace, while Philly is 26th, as each team averages just under 98 possessions per 48 minutes.

But, when they face off, there are even fewer opportunities for players to put shots up and grab rebounds. In 13 matchups between Toronto and Philly with Joel Embiid active since 2020-21, the average pace has been just 92.9. That means the Sixers will have approximately five fewer possessions than they’re accustomed to having this season. And, that will result in fewer scoring and rebounding chances for Embiid in the long run.

In that same 13-game sample, Embiid has remained under this line in 9 of 13 games. His 38.4 P+R per game against Toronto is well below his lofty over/under of 42.5, which is a shade high, to begin with.

A 42.5 Points + Rebounds over/under is a massive number. Embiid is posting a healthy average of 43.2 P+R through his first 20 contests. But, it’s unclear if he’ll be able to keep up this career-best level of play over an entire season.

This under has cashed in 12 of Joel’s 20 games thus far, and that hit rate improves further when we look at his success against teams that play as slow as Toronto does.

He’s only played three games against the ten slowest-paced teams in the league this season. But, he’s remained under in all three, averaging just 34.4 P+R. This even includes a 36 P+R performance in 38 minutes of action last meeting with the Raptors.

Dating back to last season, this under cashed in 16 of Embiid’s 25 games against the league’s ten slowest teams. He averaged only 40.3 P+R in that sample, too.

Joel Embiid is playing basketball at an absurdly high level right now. However, 43 Points + Rebounds are a lot to ask for against a Raptors team that plays a slow, ugly brand of basketball. This is a great spot to fade the superstar.

Enjoy playing our best NBA Props for Monday and Join us for the rest of the NBA season!