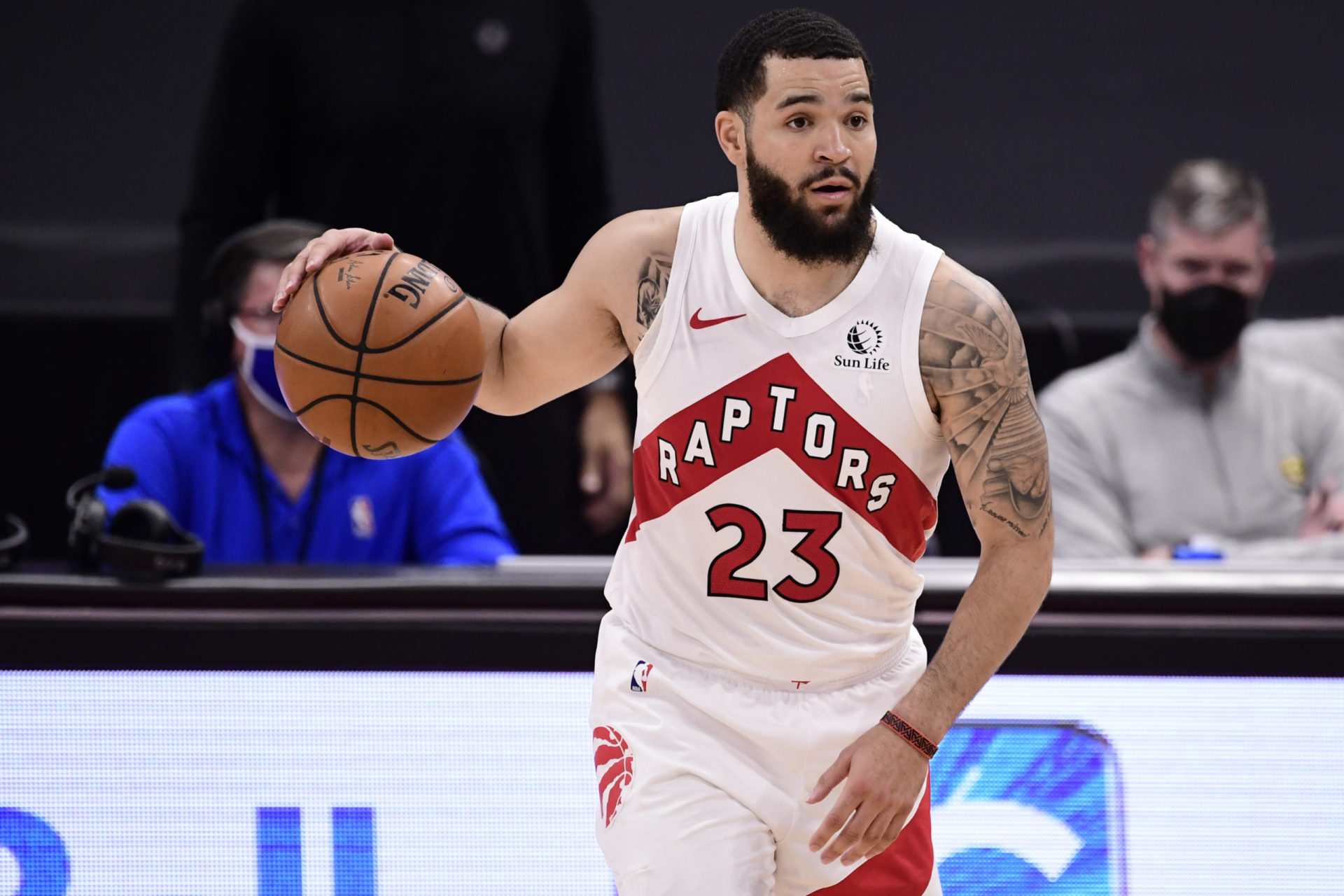 Playoff basketball has been anything but disappointing. After an electric weekend of NBA postseason hoops, there are three more games on tap for this evening. We’re locking in on one series in particular and bringing you the best of our NBA props for tonight.

Monday’s action will begin with the Toronto Raptors, who are on the road for Game 2 against the Philadelphia 76ers. This one tips off at 7:30 PM ET. The Sixers wiped Toronto off the court in Game 1, but Head Coach Nick Nurse will surely have something up his sleeve in an attempt to even up the series tonight.

Toronto is banged up and will be without Scottie Barnes and Gary Trent Jr., which should create an even heavier reliance on Fred VanVleet and Pascal Siakam in Game 2. I’m expecting a massive workload for VanVleet, and there is some clear value on the Raptors’ point guard for tonight’s showdown.

VanVleet just completed his second-consecutive regular season placing top two in minutes per game. He played 37.9 MPG this season after seeing 36.5 minutes of action per game last season. And, although it may not seem possible, this is significantly lower than what I’m expecting for the All Star guard in Game 2.

The aforementioned absences of Barnes and Trent Jr. leave Toronto without two of their top five players. They were already running a thin rotation, often deploying only eight players each game. VanVleet and Siakam will have even more on their plate than their accustomed to, in regards to their playing time and their ball-handling workload.

It’s not entirely out of the question that VanVleet plays a full 48 minutes tonight. Nick Nurse is willing to do whatever it takes to coach his guys to a win, and Freddy can handle the run.

VanVleet only played 36 minutes in Game 1. We can draw two positives from this. First, he’ll be relatively well-rested enough to take on a massive share of the load tonight. And second, a large chunk of minutes was left on the table. The 28-year-old fouled out with 9 minutes left to play in the fourth quarter, indicating he may have played up to 45 minutes had he remained out of foul trouble.

This is usual for Coach Nurse’s core contributors in the postseason over the last few years, especially for VanVleet.

Dating back to the Raptors’ 2020 playoff run, The 6-foot-1 guard played at least 41 minutes in every game decided by 15 points or less. Philadelphia had one of their best three-point shooting performances of the season on Saturday, and with regression all but certain tonight, Toronto should be able to keep this competitive.

FVV is averaging 13.8 potential assists per 40 minutes this season and is crushing this assists line when seeing this type of run. As long as he doesn’t pick up a few quick fouls, look for him to play41-43 minutes tonight, at least.

Barnes has been incredible all season long for the fifth-seeded Raptors. He seems to be the Rookie of the Year frontrunner and adds a layer of versatility that few players around the league do. Barnes grew tremendously as a ball-handler and passer throughout the season. But, now that he’s sidelined, much of the work he took on will likely shift back toward VanVleet.

VanVleet is averaging 7.0 assists on 14.2 potential assists in five games without Barnes this season, which is a slight increase from his assist opportunities with the rookie active.

The Wichita State product will serve as the team’s lead ball-handler for as many minutes as he can handle tonight, and that bodes quite well for a game he could rack up dimes in.

Anything is on the table for Nick Nurse and the Raptors tonight. Philadelphia has notoriously let backers down when everything pointed in their direction this season (as is the case tonight), so expect Toronto to keep this game closer than Game 1.

The closer this game stays, the better VanVleet’s prospects are for a massive game. At plus-odds, this spot is undeniably valuable.