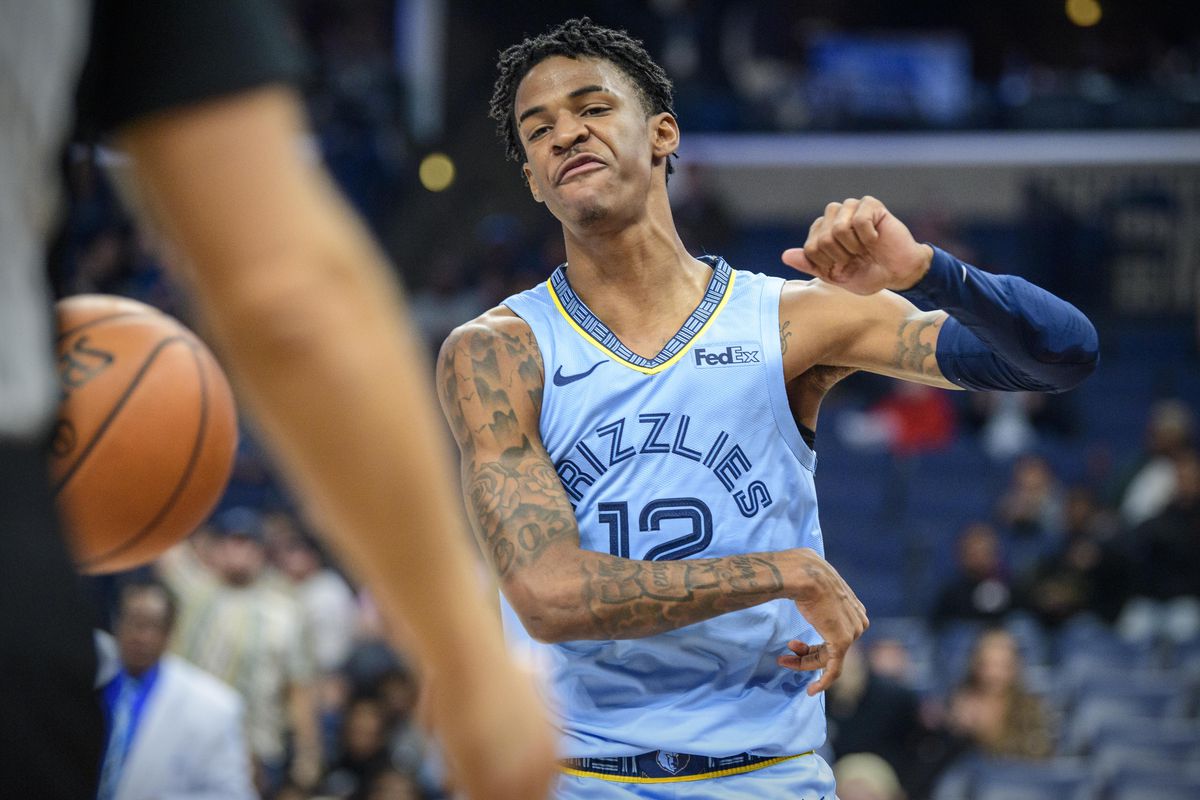 Tonight’s restart slate is a larger one, so we’ve got plenty to choose from. I’ll kick things off by asking — can Ja Morant hit his points total over as he makes his summer debut against the Portland Trail Blazers?

We tipped off the season with a perfect 2-0 record in this space. Let’s stay hot.

And be sure to check out our absolutey loaded card, stuffed with picks for Saturday’s UFC Fight Night event here.

Morant and the Grizzlies face a pivotal game against Trail Blazers. Given the fact that New Orleans lost last night, the Grizz should feel an urgency to separate themselves from the group chasing the eight seed they hold.

The Blazers are allowing the third-most PPG to PGs (25.17) and the sixth-most assists (8.48). Morant scored 20 in their only meeting, adding nine assists and five rebounds.

If Morant can play 35-plus minutes in the first game back, he’ll be on double-double alert versus the Blazers.

Damian Lillard is reportedly dealing with foot discomfort and may not be 100% as he defends Morant.

In his only game versus the Spurs this season, Fox recorded 13 points in 26 minutes in a 20-point win.

The Spurs are down a ton of players, and the Kings’ have had nothing but positive injury reports and practices since Fox went down with an ankle injury. Two weeks ago, Fox was limited and expected to miss the first game, but suddenly he’s available for the Kings’ opener.

They have an uphill battle to make the postseason – making this a pivotal game for seeding – but Fox may not need to play extended minutes. Watching his ankle and long-term health is in the team’s best interest, and they’ll likely monitor his minutes in spurts, putting him somewhere in the upper 20s.

I expect Hield to take more control of the offense and with Sacramento’s bigs all cleared, Fox won’t have to keep his bad ankle on the gas pedal.

The one downfall of playing small-ball lineups like the Rockets’ is that it becomes more difficult to guard 7-foot-3 centers that can stretch the floor and hit threes. Porizingis will be guarded by P.J. Tucker and Robert Covington for most of the night, and if that’s not enticing enough, there’s more.

Porzingis has the major advantage in size tonight and his main competition in rebounds will be his own teammate, Doncic.

Expect the Rockets defense to gameplan around how to guard, position, and box out against Porzingis all night.