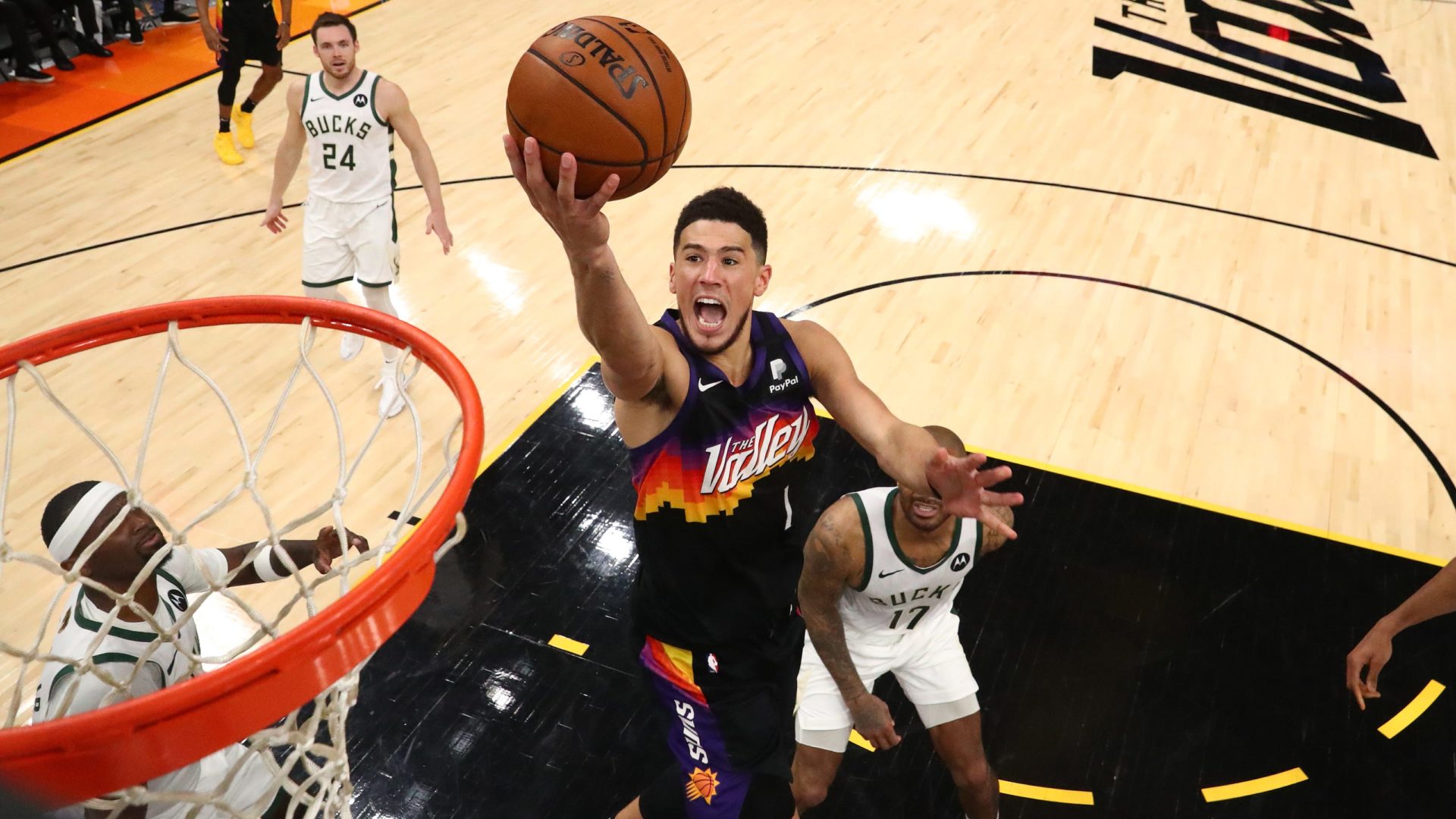 We’re hoping that this is not the last NBA Finals props article of the season, and if we do get a crack at one more, it’ll be thanks to Devin Booker.

Chasing a big total on a superstar is not our typical kind of play, but with the Suns in the biggest spot they’ve been in all year, we expect them to empty the clip, and that should mean a mountain of minutes for Booker.

We’ve been on a heater in these playoffs, winning eight-straight props, including Cam Johnson the last time out. Let’s finish off strong.

Join Bet the Prop to get player props from NBA, MLB, NASCAR, PGA & more alerted to your device.

It’s a bit of a long shot, but this could be the night Booker logs a full 48 minutes. If not, look for him to push past the 45-minute mark at least.

This is the first elimination game for the Suns in the playoffs, so while they haven’t been in this spot before, we have seen them crank up Booker’s minutes and usage towards the end of the series.

While he fell short of this mark in Game 6 against the Clippers, the attempts were there, as they were in the game previous when he played 43 minutes and scored 31.

Booker is coming off back-to-back games where he took 28 and 33 shots, which rank as his most- and third-most FGAs of the entire season. Against a Bucks team more interested in protecting the paint than Booker’s mid-range game, he cashed in for 42 and 40 points.

There’s no reason to keep him off the floor tonight in an elimination game, and not just for his scoring.

The Suns were +12 with Booker on the court last game and -16 without him.

The Bucks went on a 16-2 run last game to start the 2nd quarter with Booker off the court, and that was pretty much the difference in the game.

Will the Suns make the same mistake again? Considering the dream is dead if they lose, probably not. Even if they do, with Chris Paul looking less than 100% healthy, this offense is going to run through Booker regardless.

He can absolutely handle all the minutes they’ll throw at him, and we like him to push past 30 points again tonight either way.