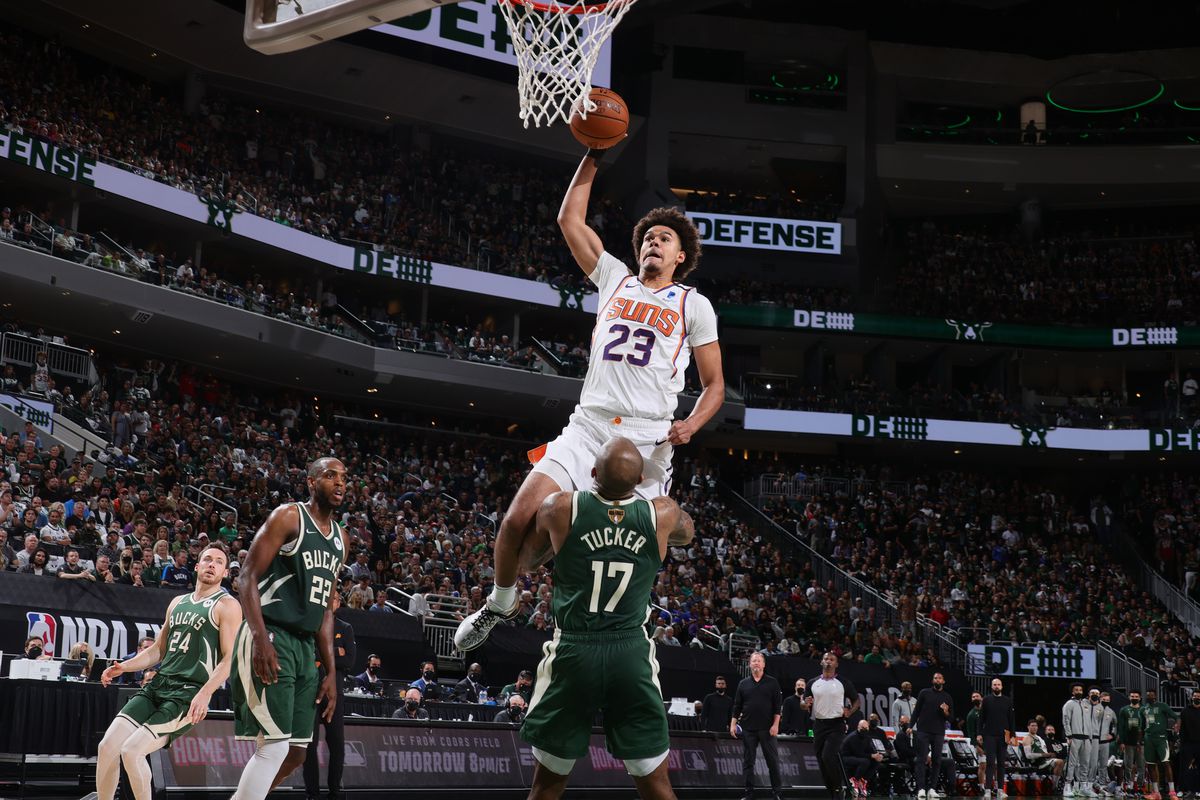 Cam Johnson delivered the dunk of the playoffs, topping over his points prop line for the third-straight time in this series, and we’re going back to the well for Bucks Suns props, Game 4.

Those were two of 14 points Johnson piled on the Bucks, a series-high for him and a figure that puts his average at 10.7 for the NBA Finals.

Yet his line remains about the same, leaving open a +EV window for one more game at least. We rode the sophomore to a win the last time out, and we’re going again tonight.

Join Bet the Prop to get player props from NBA, MLB, & more alerted to your device.

There’s not much else to odd Johnson at this point — it’s as simple as his lines still haven’t quite caught up to his production, a common occurence when it comes to bench players.

After putting up 10 & 8 points through the first two games, here’s what Suns coach Monty Williams had to say going into Game 3.

“We have guys that can play more minutes,” said Williams. “Cam Johnson didn’t get a ton of minutes, he can play more.”

Sometimes coach-speak is just hot air, but Williams backed up his words, handing Johnson a whopping 30 minutes off the bench, just the second time in the playoffs he’s played that much. Even more encouraging are the 11 attempts he took, a playoffs-high.

Johnson also went 3-for-3 from the stripe and has yet to miss a free throw in this series.

Most interesting to me is when those minutes came. With the Suns trailing, they turned to Johnson for long stretches in the second half, leaning on his shot-making ability in an attempt to get back in it.

That angle could come into play again tonight with the Bucks coming in as 4.5-point favorites at the time of writing.

Between Williams’ vote of confidence and a spread that suggests the Suns could be trailing again, there are reasons to believe a similar scenario could play out for Johnson tonight.

If not, and it’s just his usual role, we’re still live here. Going back to the semi-finals, the former 11th-overall pick in the 2019 draft is averaging 10.8 points per game, hitting this total in six of eight games.

Johnson has made the most of his opportunities, and he could see more of them than usual tonight. We like going back to the over until the line changes to 9.5.