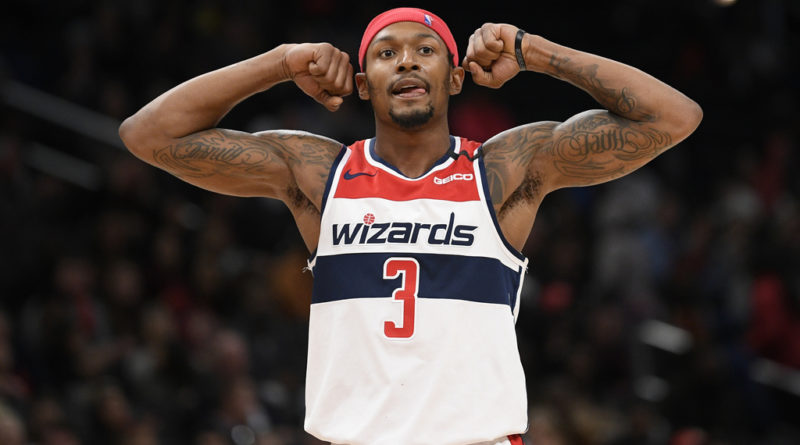 I’m back in the kitchen, and I’ve got Bradley Beal props with a twist of assists on the menu.

He’s looking to capture his first scoring title, but it’s his playmaking that has my attention. The Wizards have quietly won the last four games Beal has appeared in and are only two games back of a play-in series.

Beal has hit this mark in each of his last five games played and nine of his last ten overall.

Wizards no longer have to rely on him scoring 35 points just to remain competitive, and he’s been a much more willing passer, averaging 5.3 helpers in April.

This is evident when you look at his assist averages in wins and losses:

There has also been a significant improvement in Beal’s supporting cast. Russell Westbrook, Rui Hachimura, Deni Avdija, Alex Len, and Raul Neto have all seen their scoring averages increase after the All Star break.

That means he no longer has to play hero ball night after night due to minimal contributions from his teammates. Despite Beal being one of the Association’s most gifted scorers, the former Gator has proven to be a very willing and capable playmaker throughout his career.

Beal gets an excellent matchup against a Kings defense that is dead last in Defensive Efficiency.

Sacramento gives up the third-most assists to opposing shooting guards per 48 minutes. Beal also faced the Kings earlier in the season and hit our magic number.

The Kings give up a staggering 118.7 points per game, second only to the Wizards who surrender 118.8. This game should feature very little defense, which bodes well for the over tonight.

The Wizards rank first in possessions per game, while the Kings check-in at 12th. As I often like to reiterate, extra possessions lead to extra opportunities.

With Beal looking to his teammates more than ever and what is an excellent matchup against a Kings “defense”, I have him penciled in at six assists tonight.