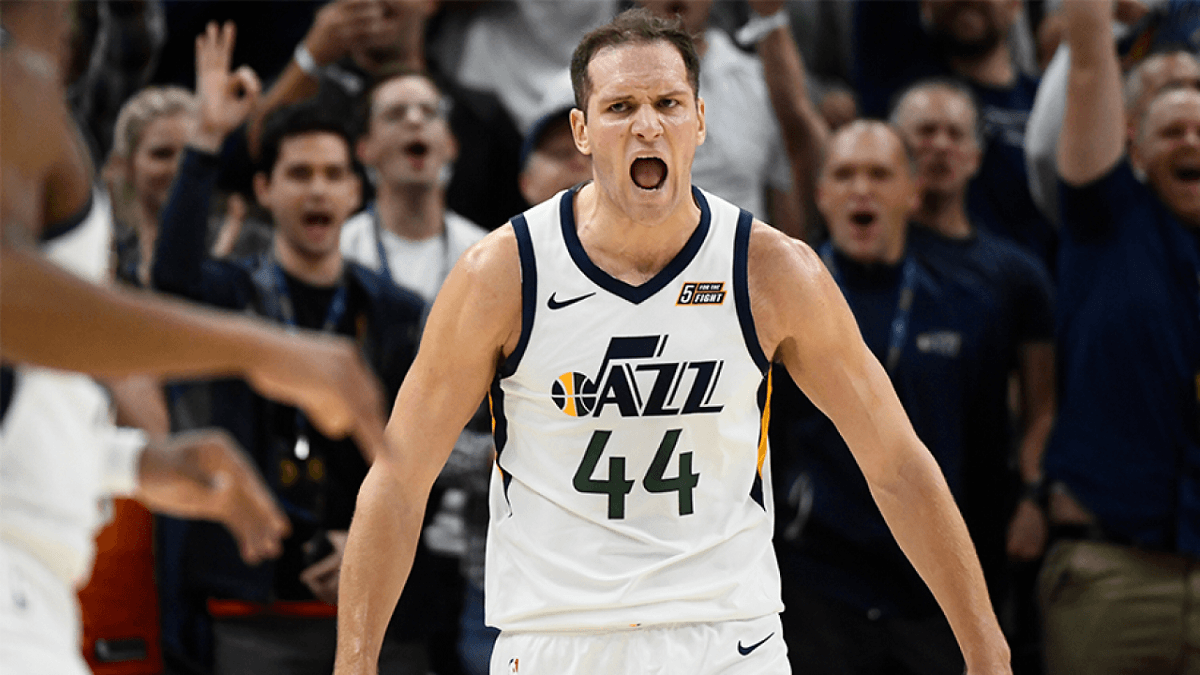 After shocking upset in Game 5 at the hands of the Clippers sans Kawhi Leonard, the Jazz suddenly find themselves down 3-2 in the series. That sets up a win-or-go-home scenario tonight, and the Jazz are likely to lean on their best players for significant minutes.

With these situations, I like to go with props that focus on players’ best attributes.  With Bogdanovic’s forte being his ability to score, I’m keying in on his points prop tonight.

Line available at publishing.  Playable up to -122.

Despite the Jazz falling short, Bogdanovic did all he could in Game 5, dropping 32 points. He’s been highly reliable for Utah this postseason, averaging 18.5 points and eclipsing this point total in six of 10 games.

Most of this playoff production has been with Jazz point guard Mike Conley on the bench dealing with a hamstring injury. As of publishing, Conley is on track to play tonight. However, with the team’s leading scorer, Donovan Mitchell, listed as a game-time decision, it’s safe to say that both members of the Jazz backcourt will be at less than 100%.

Regardless, this play assumes both Conley and Mitchell will suit up. In the regular season, when both guards were in the line-up, Bogdanovic netted 15.7 points per game.  However, narrowing the focus to those in which the seventh-year pro played at least 30 minutes, his average jumped to 19 points per game. He scored at least 17 points in 15 of 21 of those games (71%).

While I don’t expect another 30-point performance tonight, I foresee plenty of opportunities for Bogdanovic to produce.

In an unsurprising turn of events, Bogdanovic showed us in Game 5 that it’s easier to score when Kawhi Leonard is not guarding you.

In games 1-4, the Jazz sharpshooter was only able to muster five total points in the 36 minutes of partial possessions in which Leonard defended him. Bojan produced significantly better with any other Clipper on him.

In total, the Croatian has scored 20.3 points per 36 minutes when free from the Klaw’s grasp. Despite the Clippers having other capable defenders on the wing, Bogdanovic should once again find it easier put the ball in the basket.

With the series in the balance, and Bogdanovic averaging 38 minutes per contest, there should be no shortage of scoring chances for the crafty veteran.  I’m projecting another a 20-point outing in 37 minutes of what should be a close game tonight.