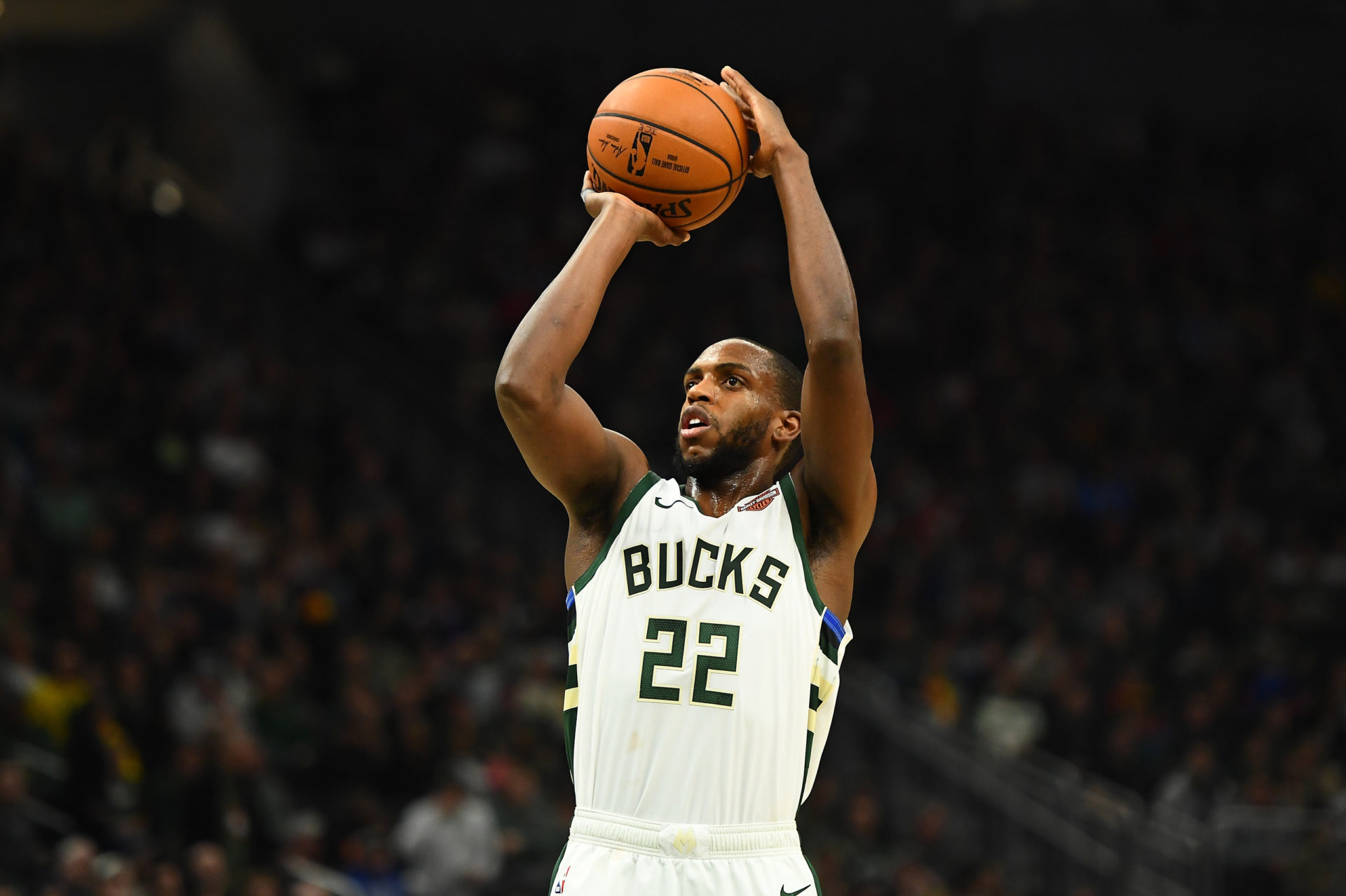 I’m back with more NBA props and I’ve got something spicy in the works. Milwaukee is facing elimination in a crucial Game 6 against Brooklyn, and the Bucks stars will be asked to carry the load tonight. But have the books adjusted too much? I’m seeing value on Khris Middleton props tonight.

It’s never easy to fade a player of his caliber, but there are several factors that make this line appealing.

It’s true that there’s a lot to like when looking at Middleton’s game. He’s a versatile scorer that can do a little bit of everything, and possesses a silky mid-range game that’s reminiscent of some of the great shooting guards from previous generations. The knock on him has always been his inability to raise or maintain his level of play in the postseason.

Middleton has flirted with coveted 50/40/90 shooting splits over the last two regular seasons. However in the playoffs he has been much less efficient with splits closer to 40/35/82. Playoff success has eluded the Bucks, and Middleton’s struggles have been a large factor in that, exiting before the finals each of the last two season despite having the best regular season record and a two-time league MVP leading the team.

In a must win game 6, Middleton should receive all the run he can handle and has played at least 40 minutes in three straight games. Despite his increased playing time, Middleton’s production has not taken a significant leap. Thus far in the series the former Aggie is averaging 33.8 PRA and has only eclipsed this 37.5 line once. In the Bucks previous series against Miami, he only managed to go over in one out of four games as well.

I wrote about this earlier in the week, but the Nets are playing excellent on both ends in the playoffs. The narrative throughout the regular season was whether or not they’d be able to overcome their lack of defense, but it’s actually been a strength rather than a weakness during the postseason.

Brooklyn finished the regular season 18th in overall defense. After 10 playoff games they are third in defensive rating out of 16 qualifying teams. They’ve done a fantastic job holding their opponents to 43.7% shooting from the field and 32.3% from the perimeter. This is especially impressive considering Milwaukee finished the regular season with the third highest team field goal percentage at 48.3%.

While it’s never easy fading big time players in important games, this line is over-inflated. I have him projected at 34 PRA and I think his shooting struggles will continue against an underrated Nets defense.