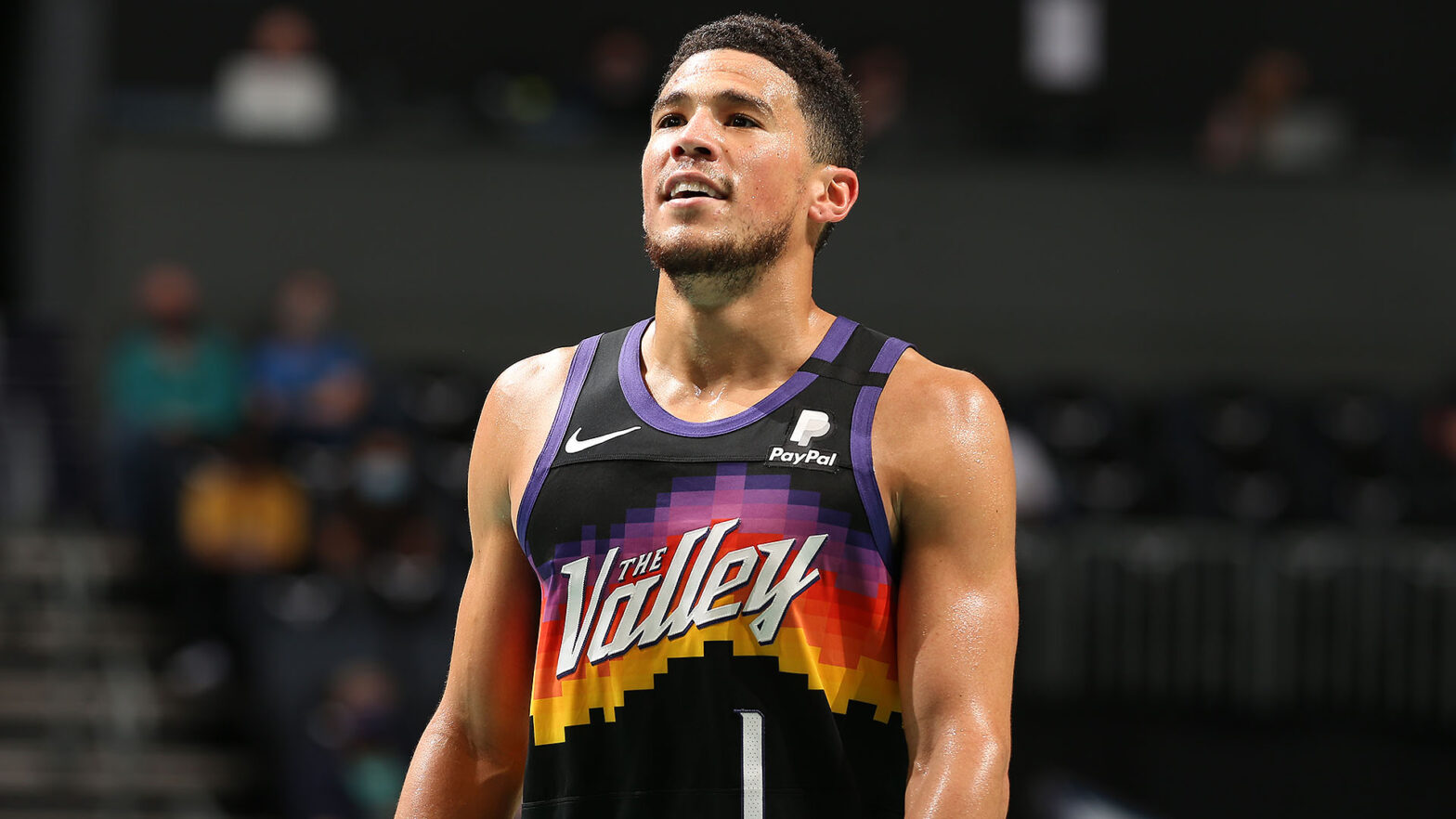 Booker is coming off of a sensational 40-point, 11-assist performance in 44 minutes of action in Game 1.

He’s averaging 29.0 points per game in the postseason and has proven to be one of the NBA’s most electric scorers. However, Booker has been dishing dimes to his teammates in impressive fashion in the absence of Chris Paul, who will be sidelined again tonight.

The former Kentucky Wildcat has had a massive workload in the playoffs, playing 40.3 minutes per game:

The Clippers kept Game 1 close, losing by only six points, and are expected to do the same tonight. The Suns are only favored by five and are still without All Star point guard Chris Paul. This bodes well for D-Book, who should again see extraordinarily heavy minutes as Phoenix’s primary playmaker.

His already massive 40.3 minutes per game this postseason increases to 42.4 MPG in the eight Suns playoff games that were decided by 15 points or less. With more than three fouls in just 2 of 11 playoff games, he is nearly immune to foul trouble as well, which means the superstar guard is all but locked into 40+ minutes in Game 2.

Booker, fresh off his first career triple-double, sees a major boost in ball handling usage and assist numbers without CP3. The 6’6″ guard has been crushing this assists line when functioning as Phoenix’s point guard dating back to 2018:

When playing heavy minutes at point guard, Booker dishes out a ton of assists. Since 2018, the 24-year-old averages 9.0 APG when logging 40+ minutes in CP3’s absence.

Booker has posted at least 7 assists in 20 of his last 21 games when playing 40+ minutes and Chris Paul is out:

Phoenix will be relying on Booker to create for his teammates all night long, and he may even be dealing with double teams from the Clippers that force him into more passing situations than we are already expecting. This line is too low for Book’s role as the Suns’ go-to playmaker in a crucial Game 2 at home.