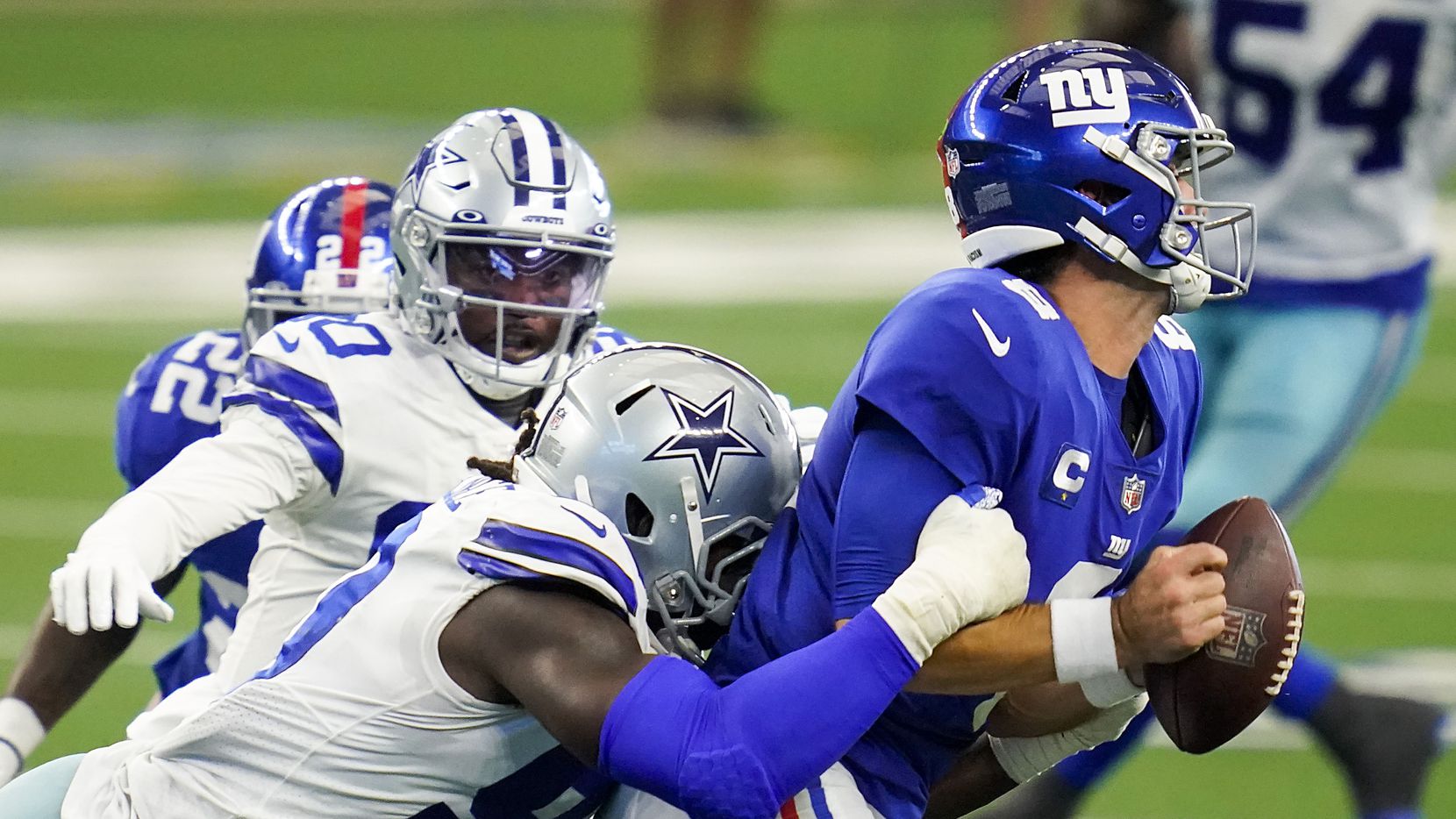 Daniel Jones props are on the menu for Monday night’s NFC East showdown between the Giants and Cowboys, and we’re anticipating a low-scoring, ugly environment in this one.

The game’s point total of 39 is the second-smallest on the slate, and there’s reason to believe both teams will keep it on the ground, chewing up a lot of game clock.

That’s especially true of the Giants, who should try to protect Jones from the Cowboys’ ferocious pass rush. Let’s jump in.

Jones is 0-for-2 to this number, as the Giants skewed heavily towards the run in Week 1 before giving Jones more responsibility in Week 2.

When they are passing, the Giants have been extremely conservative. Jones is averaging 5.8 Air Yards per Attempt, which is the 5th-lowest mark among all QBs. Last year, he averaged 7.3 AY/Att, so it’s clear that Brian Daboll is leaning towards hiding Jones and minimizing his mistakes.

Then again, maybe it’s the complete lack of receiving weapons. Kenny Golladay has been a massive bomb and could be a healthy scratch tonight, likely to be replaced by David Sills. Darius Slayton played one snap in Week 2, while Kadarius Toney made two catches for 0 yards.

They likely have the worst starting TE in the league in Daniel Bellinger.

Whatever the case, this is not a get-right spot for the passing game against the Cowboys.

The Cowboys have held both QBs they’ve faced so far under their passing prop, holding Tom Brady to 212 yards and Joe Burrow to 199.

This is a very good defense that is particularly well set up to dominate the Giants passing game. Micah Parsons has been incredible and has helped propel the Cowboys to the second-best pass-rush grade of the year, while the secondary is holding its own with the 11th-best coverage grade.

This looks like a major mismatch in the trenches, and with the Giants complete lack of receiving weapons, we can expect a heavy dose of the run game, as evidenced by Saquon Barkley’s Rushing Attempts prop sitting at 19.5.

Questionable quarterbacks in ugly game environments is what we’re all about at Bet the Prop!

This really does shape up to be a bad spot for Jones, who will likely need a tilted game script, or a huge catch-and-run from Barkley, their only legitimate weapon, to get there.