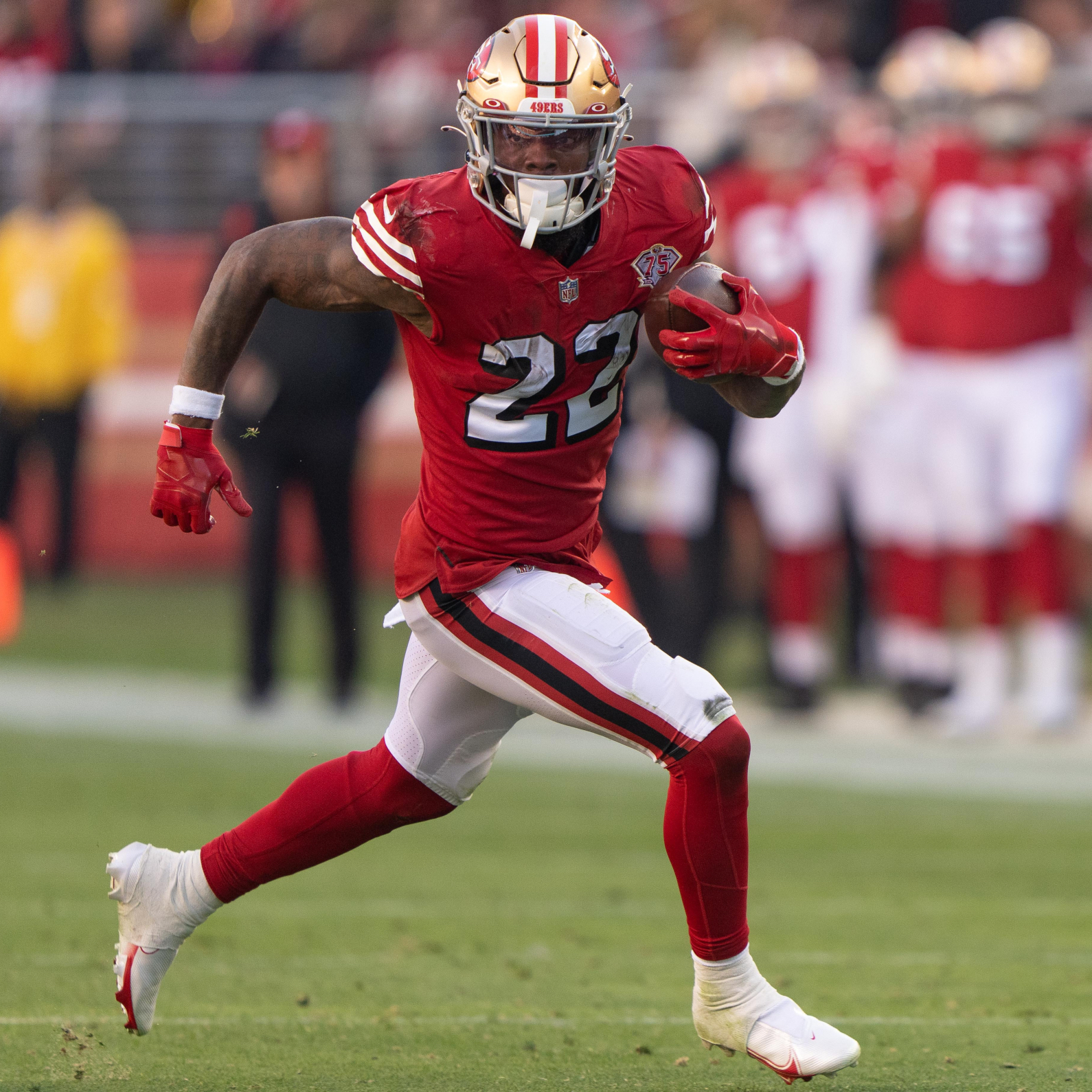 The San Francisco 49ers’ backfield is in shambles. Elijah Mitchell was placed on Injured Reserve with a knee injury after Week 1’s loss to the Chicago Bears. Then, Tyrion Davis-Price suffered an ankle injury last week. Plus, we can’t forget about Trey Lance‘s season-ending ankle injury, either. That leaves Jeff Wilson as the last man standing for San Francisco, so we like him to headline our Sunday Night Football props this evening.

The Niners are headed to the mountains for a road matchup against the Denver Broncos — kickoff is at 8:20 PM ET on NBC. Both squads are looking to win their second straight game in tonight’s primetime battle and with Jimmy Garoppolo back as the starter for the Niners, there are plenty of backfield touches up for grabs.

Jeff Wilson has a tremendous history of producing when he’s been given enough opportunities. In Week 1, he got the start at running back for the first time this season, and he handled 18 rushing attempts for 84 yards.

With San Francisco entering as a 1-point favorite tonight, Wilson should see plenty of work in this game with little competition for touches.

He’s quietly pumped out fantastic performances in an expanded role over the last few seasons. But, most importantly, the volume has consistently been there for the 26-year-old.

Wilson finished with at least 15 rushing attempts in 6 of these 8 starts, averaging 18.0 attempts per game. And, his only two misses came in games where he carried 13 times and 14 times.

The running back has 12 career games in which he’s played at least half of San Francisco’s offensive snaps. And, much like his starts, he did not disappoint in these contests. Wilson is averaging 16.8 carries per game in this sample, hitting the over in 8 of 12 games.

No Competition for Touches

Jeff Wilson hardly has any competition for touches in San Francisco’s backfield. Niners wide receiver Deebo Samuel is probably the only other player that will be meaningfully involved in the run game.

There are eight San Francisco players that have recorded more than 10 total rushing attempts since 2021. Five of them are either inactive or no longer on the roster. The only three guys from that group that will be active this evening are Wilson, Garoppolo, and Deebo.

Out of the 31 quarterbacks that started at least 8 games in 2021, only two of them were in more run-centric schemes than Garoppolo. Ryan Tannehill and Mac Jones were the only starting QBs that ranked behind Jimmy G in Pass Rate Over Expected.

Shanahan wants to run the ball into the ground with this Niners offense. And, it looks like Jeff Wilson should be the man to lead the 49ers in touches today.

The Niners will heavily rely upon Jeff Wilson tonight in Denver. Elijah Mitchell and Tyrion Davis-Price are both sidelined, leaving Wilson to lead one of the most involved ground games in football.

Wilson has done nothing but put up numbers when given the chance in years past. So, look for him to shoulder the load for Shanahan’s offense tonight.

Enjoy playing our best Sunday Night Football Props for Week 3 and Join us for the rest of the NFL season!