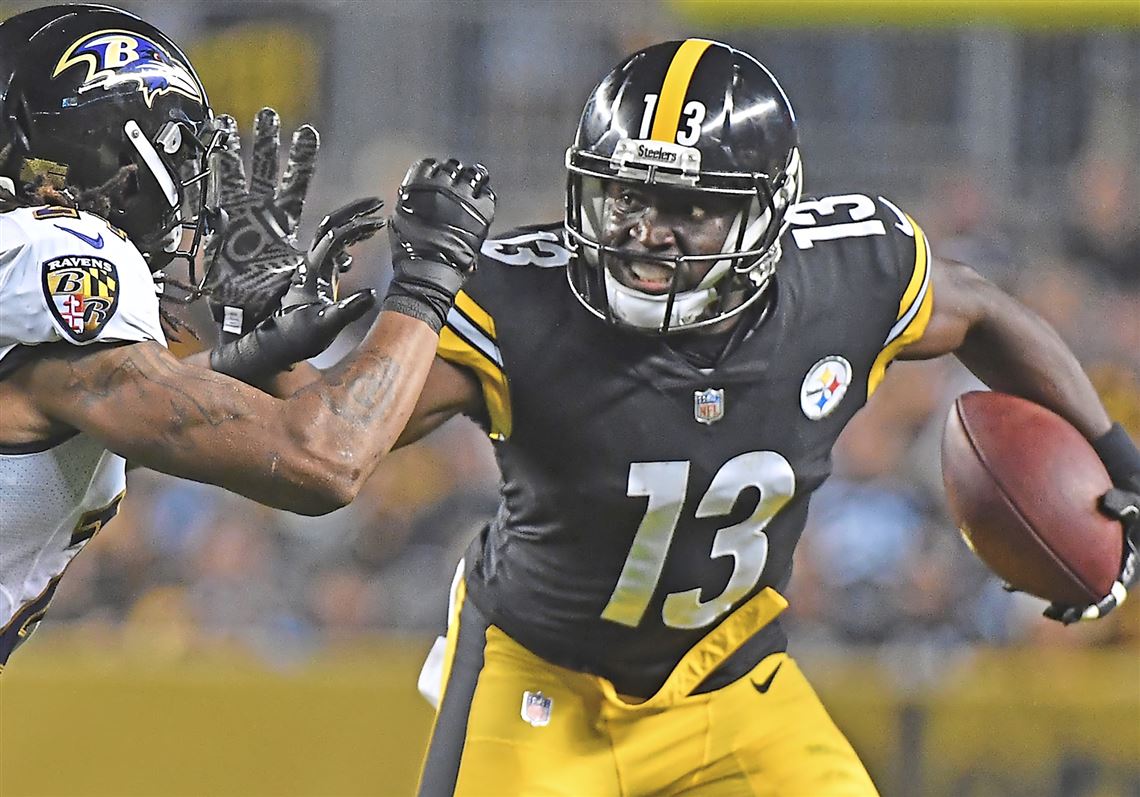 Monday Night Football once again serves up a dog of a game, but at least we have some Steelers Dolphins props to leave us entertained and perhaps a little bit richer.

Pittsburgh gets starting QB Mason Rudolph back in the lineup and comes in as a two-score favorite over the 0-6 Miami Dolphins, who have a pathetic implied total of 14.3 points against an excellent defense.

As usual, we'll be using those numbers from the highly efficient points and spreads markets to guide as we try to take advantage of these much softer props markets.

It's something we've been successful at so far.

We're in the middle of another winning week on player props - our seventh out of eight so far - and our subscriber picks are hitting at over 60%. Whether you want the full slate of picks, or just some primetime action, we've got multiple packages at extremely affordable prices to choose from. Join us!

We're targeting this soft line specifically since most other sports sportsbooks, both domestic and offshore, have the over/under line at 2.5 receptions with the vig at -115 on both sides. We'll scoop up the extra 35 cents, thank you.

Washington has mostly the third or fourth read for Rudolph who's back in action for the first time since that ugly Week 5 concussion against Baltimore.

To be fair, Washington was on his way to a season-best game the last time out, catching 3 of 6 targets from Rudolph for 52 yards before being knocked out of that Week 5 affair with a shoulder injury. 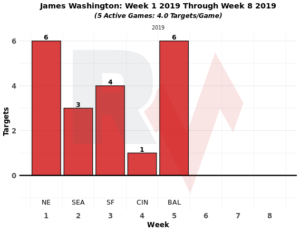 That was a much different situation than the one he and the Steelers are in tonight, however.

Favored by two TDs, Pittsburgh has little motivation to be chucking it around the field like they did in a competitive game against the Ravens. They should be serving up a heavy dose of both James Conner and Jaylen Samuels, which also has the added benefit of keeping their recently-concussed QB clean.

We don't even know if Washington is coming into this one at anywhere near 100%. He did practice in full this week, but again, why force it to him?

I'm sure a few downfield shots are in order for Washington, even in a blowout game, but that's fine. While he's used as a downfield weapon, he's not a very effective one.

Washington's 45% catch rate is second-last among 92 WRs who have at least 20 targets this season. He's been below average, brutal some might say, in that category over his two-year career. 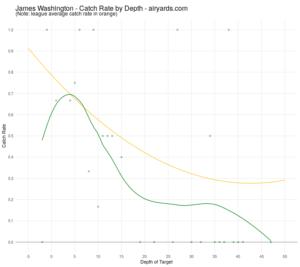 It's a low number at 2.5 receptions, and one that is within Washington's range of outcomes tonight, but at this price of +120, there's too much value here.