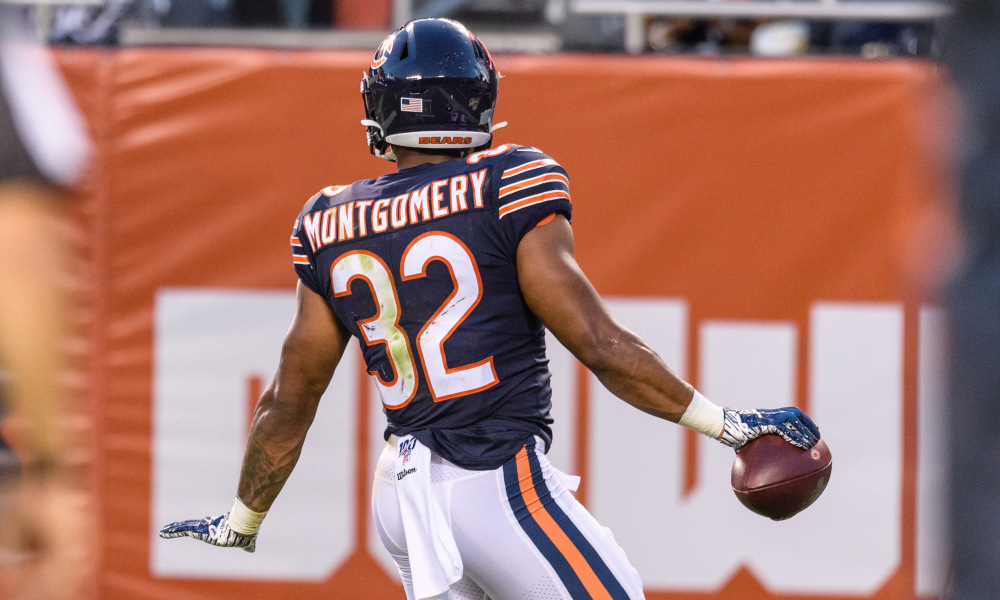 We made it — the NFL season opener is around the corner, and we’re back in business with an early-week look at some Bears Packers prop bets.

There are no actual over/under lines to bet just yet, but as usual the Prop Builder – available at BetOnline, MyBookie, and a few other books  – has early some head-to-heads posted for Thursday Night Kickoff already.

Here’s our favorite head to head prop bet for the Packers at the Bears.

An element of the unknown looms over both these players heading into the season opener.

The last question, in particular, is one I have no answers for, which is why we’ll be staying away from most of the Packers passing props.

Here’s what we do know: the Bears were likely the toughest unit to run against last year, and while the loss of defensive coordinator Vic Fangio hurts, they return all but one starter on defense.

The Bears boasted one of the best DVOAs in history against the run last year. The worst rushing line they allowed was 57 yards on 13 attempts by Kenyan Drake, and Jones has been one of their many victims over the past few years — in three career games versus their division rival, he has a combined line of 20-69-1TD (3.45 YPC).

Jones will see more volume this year overall, but perhaps not right away — he’s been out of action all summer after suffering a hamstring injury early in camp. Even if he does carry a normal load, he’ll hurt for efficiency in this one.

Montgomery should see something in the neighborhood of 13 carries in his pro debut, about the same as Jones. But his matchup is miles better — he faces a Packers defense that ranked 23rd in rushing yards allowed last year and then lost DT Mike Daniels in the offseason.

The Bears have been raving about their new weapon all summer, and if nothing else, he’s a hard man to bring down.

Since we began tracking college players in 2014, only twice has a running back eclipsed 100 missed tackles forced in a single season.

Montgomery also gets an edge by being the home RB in a game where the Bears are 3-point favorites, setting up the potential for a more run-friendly game script.

Betting on visiting RBs is bad for business — over the last two years, road RBs have gone over their betting line just 41.3% of the time compared to 45.1% for home backs.

Looking to squeeze in a few season-long props ahead of kickoff? Be sure to check out our Ultimate Cheat Sheets for both RBs and QBs.