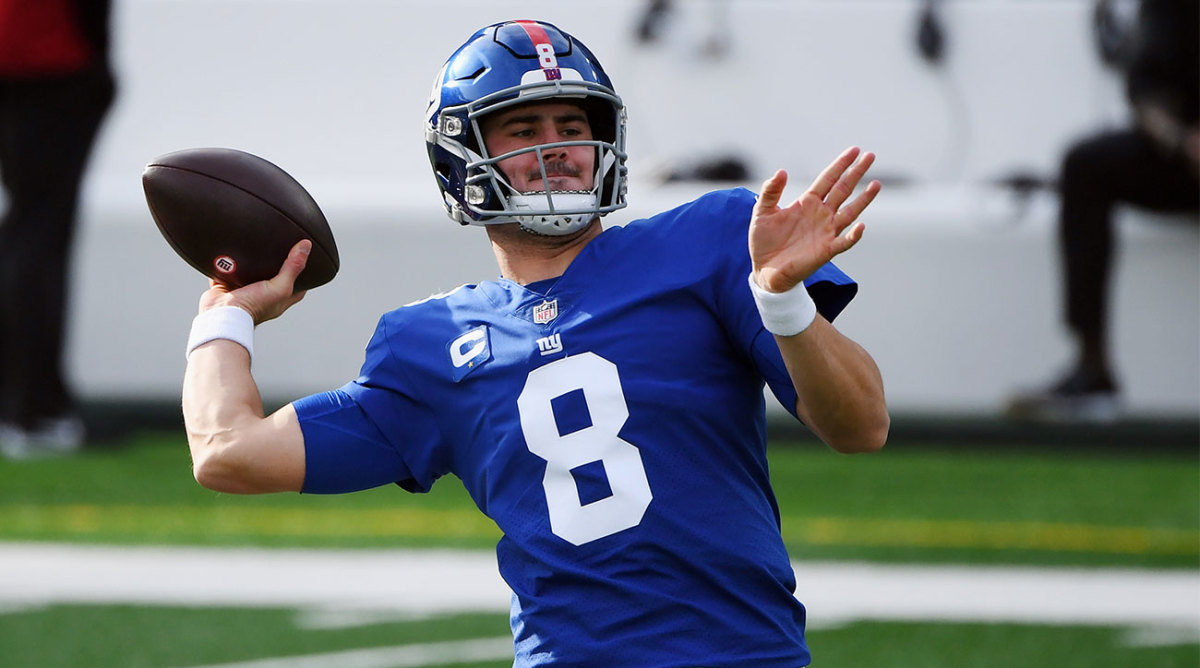 Daniel Jones props lead the way as we look at two of our two top plays for the Monday night matchup between the Chiefs and Giants.

While he may be shorthanded tonight with a number of his best weapons on the shelf or banged up, Jones may not have much choice but to throw a ton against the powerful Chiefs.

That’s where we start with our two prop article “leans” (0.5-unit plays) for MNF, before also breaking down the rushing prospects for Chiefs RB Darrel Williams.

We’re coming off a win in primetime last night, and our NBA props are clicking along at a 67% clip so far — join us here to get all those picks and more alerted to your device.

The Giants have a lot of problems, but Danny Dimes hasn’t been one. He’s over this number in every single game he’s finished this year. 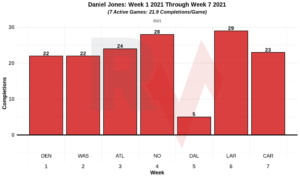 Thanks in part to a porous defense that’s giving up 26 points per game, the Giants offense skews fast and pass-heavy:

Another negative game script could be in the cards tonight with the Chiefs coming in as 10-point favorites and implied to score 31.3 points.

These two teams combine for 74.5 average plays per game, the third-most of this week’s slate, so this should be another great game environment for Jones to once again hit this number.

Projections range from 21.9 to 24 completions. 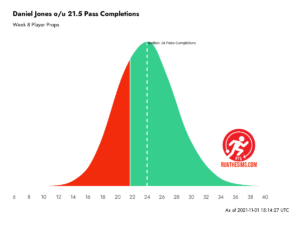 Note: We gave this to our subscribers when it opened at Over 13.5 Attempts, but we still like it as a half-unit lean at this number. Be sure to join our community to always get the best lines and prices.

That same script would also work to the benefit of Chiefs RB Darrel Williams, who is the clear-cut leader of this backfield with Clyde Edwards-Helaire still out with a sprained MCL.

In the last two weeks as the fill-in starter, Williams has dominated backfield touches, accounting for 87.5% and 100% of RB rushing attempts in those games. He had 21 attempts in an easy 18-point win, then just five in a 24-point loss to Tennessee the following week.

We know the Chiefs want him to carry the backfield load; we just need this game to stay on script to allow them the chance to feed him.

The Giants have been accumulating partners in that regard, allowing 24.9 carries per game to opposing RBs, the sixth-most in the league. 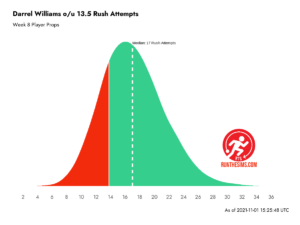 As long as the Giants don’t do anything crazy like jump out to an early 10-point lead, Williams should have no problems hitting this mark.