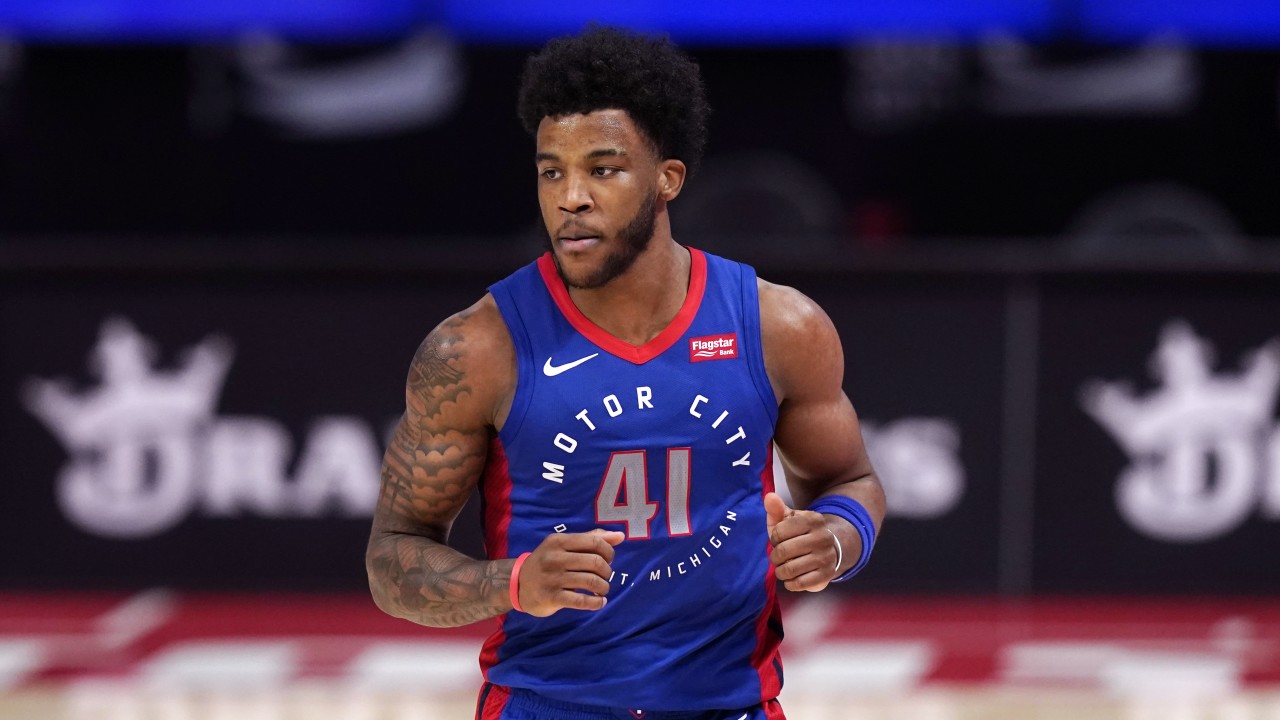 We’re now two weeks through the 2021-22 NBA season, which means NBA props are beginning to heat up.

It’s time to take a look into Saddiq Bey props tonight, as the Detroit Pistons take on the Milwaukee Bucks. Tip-off is at 7:00 PM ET.

The Pistons are 4.5-point underdogs as they aim to pick up their second win of the young season.

We profited over 44 units on NBA props last season and are already hitting 66% (24-12) this season — join us here for full nightly NBA prop slates (plus NFL and more!) alerted to your device.

Let’s dive into some analysis on tonight’s Saddiq Bey Props.

Saddiq Bey has had a terrific start to his sophomore campaign after a promising finish to his rookie season. He is playing a significant role for the Pistons, seeing 33 minutes per game.

The second-year forward is scoring the ball well, but more importantly, he has been crashing the glass aggressively, dating back to last season. This is evident by his rebounding numbers, as shown below:

This puts the 22-year-old wing at a 72% hit rate for this prop over his last 18 NBA games. Coupled with his 7.3 per game average during this stretch, there is clear value on the over.

Bey and the Pistons face off against Giannis Antetokounmpo and the Milwaukee Bucks, a team that offers a perfect matchup for opposing rebounders. The Bucks play as fast as any other team in the league. They rank third in pace of play thus far, after finishing second last season and first in 2020. Milwaukee’s is a team that wants to play fast-paced, back-and-forth games offering more opportunities to rack up rebounds.

This is terrific for Bey’s rebounding tonight. Milwaukee is allowing the 11th most boards so far, and opposing forwards have been especially successful on the glass in the Bucks’ last four games.

Over Milwaukee’s last four games, the two forwards that saw the most minutes exceeded their rebounding average seven out of eight times. Bey should easily clear the 30-minute threshold in a game that seems likely to stay close and continue this trend.

Saddiq Bey has been all over the glass as one of the NBA’s stronger rebounding forwards so far this season, and he’ll look to continue approaching double-digit boards against the fast-paced Bucks tonight.

Tonight’s contest should stay close since the Bucks are missing several starters on the road, which only aid Bey’s prospects of seeing heavy playing time.

Enjoy playing tonight’s Saddiq Bey Props, and join us for the rest of the NBA season!